Powerade franchise back with San Miguel 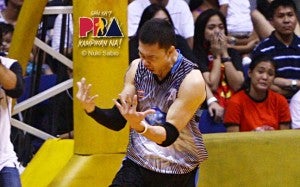 MANILA, Philippines – The San Miguel group may have just added a fourth team in the PBA with its recent reacquisition of the Coca-Cola bottling company.

This was learned by the Inquirer from a very unimpeachable company source after SMC president Ramon S. Ang reportedly met and closed a deal with Coca-Cola Philippines’ CEO Bill Schultz recently.

The San Miguel group actually used to own Coca-Cola before selling it in 2004.

Part of that deal was for SMC to have a right-of-first-refusal should the present Coca-Cola management decide to sell the franchise, which SMC is now exercising.

At the same time, the local executives of Coca-Cola, which played as Powerade and finished a surprising second to Talk ’N Text in the Philippine Cup last Sunday, are desperately trying to keep the Tigers even after the reported meeting between Ang and the Schultz.

Details of the purchase are being kept under wraps though the Inquirer also learned that SMC has already made a payment to Schultz in what could be the highest amount ever paid for a PBA franchise.

The Barako Bull squad was the last franchise that was put up for sale, with Bert Lina’s Air21 bagging the rights reportedly for close to P50 million last year with George Chua still retaining part ownership.

San Miguel’s purchase of the Coca-Cola franchise is reportedly easily double that amount, more so after the Tigers went deep into the playoffs and unveiled several superstars in the making in their lineup.

Selling the franchise has been in the minds of the foreign management of Coca-Cola for the past couple of years.

The source said the Tigers will reportedly remain intact until the end of the current season.

With Gary David and rookies Marcio Lassiter and JV Casio blooming into superstars, Coca-Cola/Powerade can rake in some more money by trading/selling them before the SMC takeover granted that it wasn’t included in the sale.

San Miguel already has Petron Blaze, B-Meg and Barangay Ginebra in the PBA, and should this deal be consummated, there will be only a total of four companies/personalities owning the 10 teams in the league.

Only billionaire Wilfred Steven Uytengsu of Alaska and the Raymund Yu-Terry Que tandem of Rain or Shine remain as the only owners with just one team in the PBA.