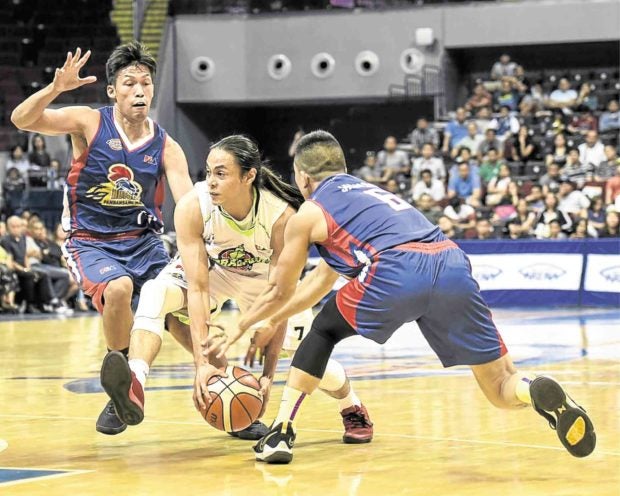 San Miguel coach Leo Austria is well aware that all eyes are on his Beermen when the Philippine Cup kicks off the Philippine Basketball Association Season 44 on Jan. 13.

“The expectations are swelling. You could see it everywhere, on paper,” he added. “The same could be said with our formidable lineup. We still have to work things out. I know that talent couldn’t prevail if you put in the hard work.”

The toil, according to Austria, starts with the team’s chemistry. He believes he can expand his notoriously limited player rotation sans imports.

“It’s all-Filipino. I feel like my rotation is going to be great. It could include 10, 11 or maybe 12. And with our new additions? That’s exciting,” he said.

But Austria said that he is treading carefully.

“Over at social media, people are saying there are not enough basketballs to go around [the team],” he said. “The challenge now lies in conjuring the perfect chemistry. I always try to tell keep everyone in line to avoid them from being consumed by an individualistic mind-set.”

Austria, who had steered San Miguel Beer to six PBA titles, touched up on Romeo, who, he acknowledged has been the target of flak by fans.

“We had a lengthy conversation,” he said of his first chat with Romeo since the cager’s trade from TNT. “He shared a lot of things.”

“I told him that’s only the start,” Austria said. “You’re up for more. You should no longer be the awards. It should be a championship. He was positive about it.”