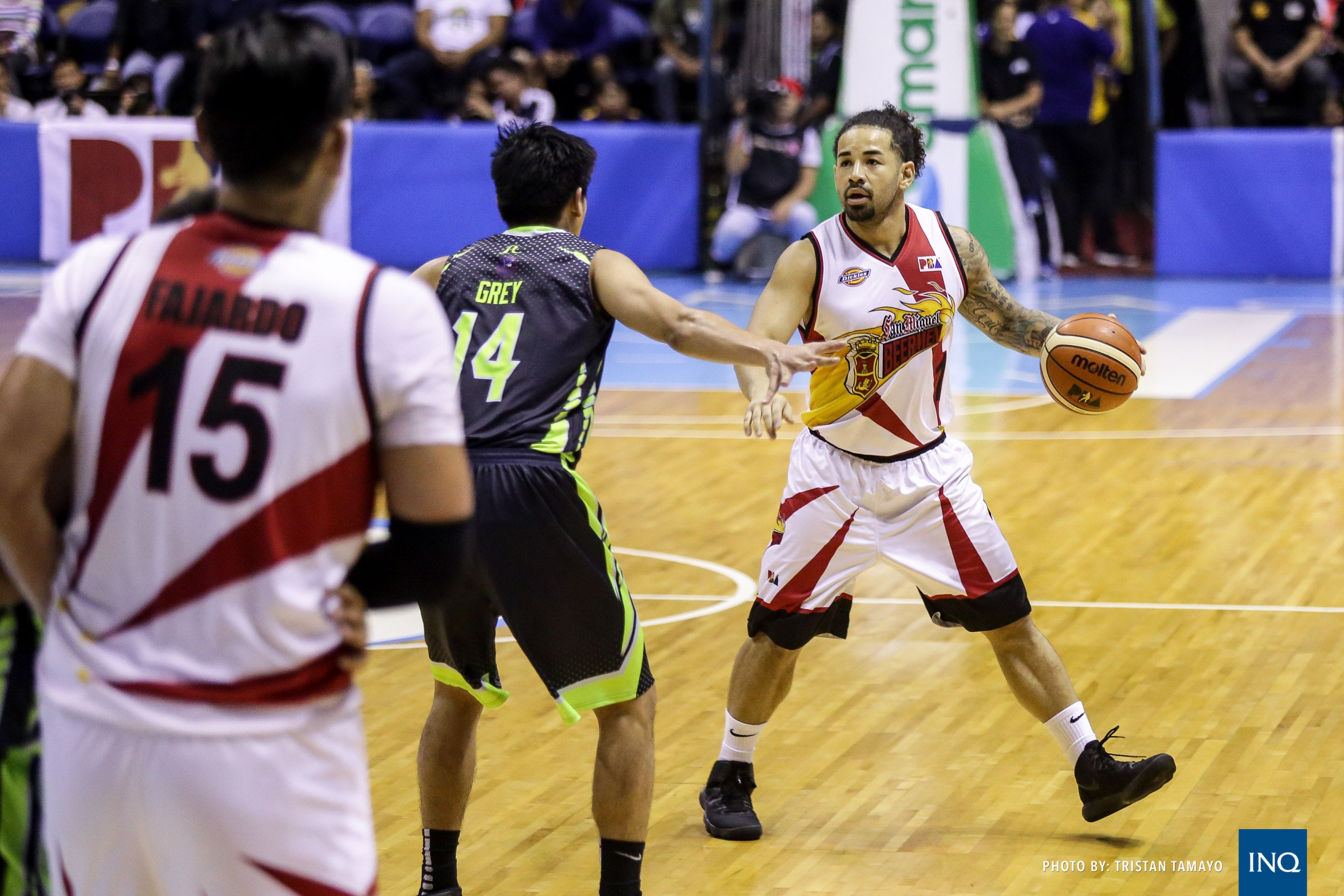 MANILA, Philippines—College pals June Mar Fajardo and Brian Heruela time as teammates in the PBA has come to an end after three years.

It was a harmonious albeit polar partnership for the former University of Cebu Webmasters with Fajardo raking in two of his four MVPs in the 2015-16 and 2016-17 season while Heruela languished at the Beermen bench.

San Miguel traded Heruela away with forward David Semerad and a 2020 first round pick to TNT for Terrence Romeo.

Fajardo admitted that he was sad to see his pla go but he’s aware that the PBA is a business and no one player has full control of his career.

“At first I was sad because I’ve been teammates with him for so long,” said Fajardo after the Beermen’s practice Wednesday at Acropolis Clubhouse. “But it’s always been said that we really don’t control our destiny in basketball. Whatever your team is now, you should cherish your time with it.”

Fajardo, though, is happy to Heruela go to a new team that could use his talent unlike in San Miguel where the 5-foot-10 point guard had to wait behind Alex Cabagnot, Von Pessumal, and Chico Lanete,

Heruela played the least among the Beermen during the 2017-18 season with an average of 9.7 minutes per game, but Fajardo hoped that his buddy could have a better individual career with the KaTropa.

“I think it’s better that he’s there because he can play longer,” said Fajardo.

Blackwater chose Heruela as the 26th overall pick of the 2014 Draft but the diminutive point guard was quick to prove his worth as he put up 10.6 points, 4.9 rebounds, and 5.3 assists per game in 25 games in his rookie season.

These numbers caught the eye of Barako Bull, which then traded him to San Miguel.

“I’m happy for him,” said Fajardo.