Jimmy Alapag excited to help San Miguel in whatever capacity 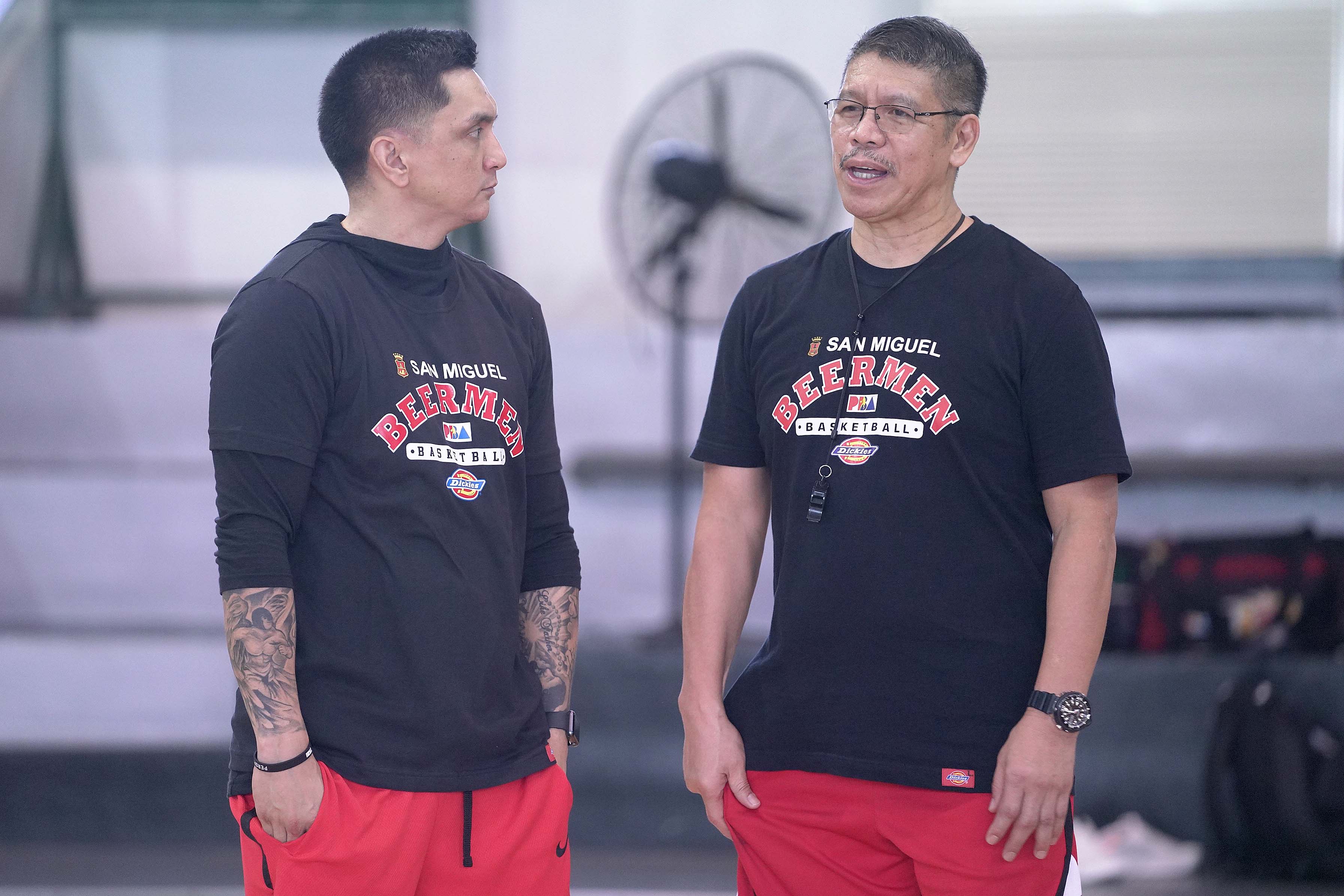 MANILA, Philippines—San Miguel had an offseason to remember as it beefed up not just its roster with the addition of the polarizing Terrence Romeo but also with the signing of Alab head coach Jimmy Alapag to the coaching staff.

Alapag’s arrival at the San Miguel camp clearly came out of left field after he made a surprise appearance at the team’s Thursday practice at Acropolis Clubhouse.

Romeo’s addition to the Beermen will make their backcourt of Alex Cabagnot and Chris Ross that more dangerous, but the signing of Alapag—a champion coach with San Miguel Alab Pilipinas in the ASEAN Basketball League—will no doubt make San Miguel even more lethal.

“You never know what’s gonna happen, what lies in the future. I thank them for the opportunity. Like I told everyone, I’m here to help, that’s my main focus,” said Alapag, who played for most his career with teams in SMC’s rival MVP group. “I’m just here to help in whatever capacity they need me to.”

In San Miguel, he will be coaching players he used to share the floor with during his days as one of PBA’s best point guards and he’s excited to work with them, especially reigning MVP June Mar Fajardo, in a different capacity.

Fajardo and Alapag were once teammates with the national team that competed in the 2013 Fiba Asian Championship, where the Philippines finished second, and in the 2014 Fiba Basketball World Cup.

“It’s funny seeing the growth of June Mar from when were together back in 2013,” said Alapag. “That was just the start of what we all see now of June Mar being the most dominant player in the PBA.”

“He’s obviously one of the greatest to ever play in the league, so to get an opportunity at this early stage of my coaching career, to get a chance to work with him with the rest of the guys. I’m excited.”

With his new job, Alapag and the coaching staff led by coach Leo Austria will have to ensure that Romeo’s arrival won’t disrupt the dynamic San Miguel built over the past few seasons that saw the Beermen win six of the possible 12 titles from 2014 to 2018.

“I hope it doesn’t hurt the dynamic at all, I think with Terrence, obviously, it’s another incredible weapon that San Miguel has,” said Alapag.

“It’ll be up to the guys and coach Leo [Austria] and the rest of the staff, myself included, to just try and hopefully fast track his [Romeo] chemistry being with these guys.”