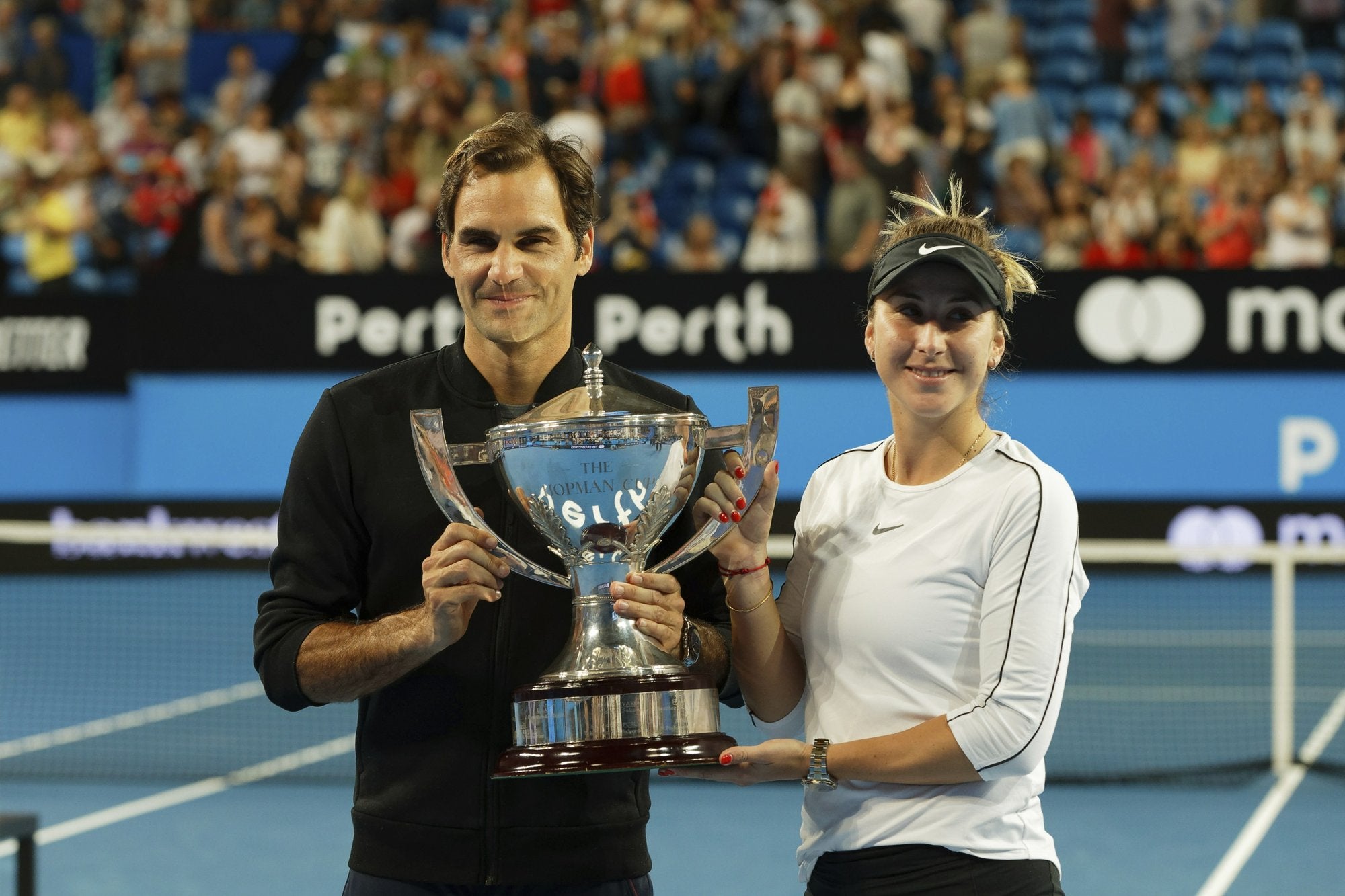 Switzerland’s Roger Federer and Belinda Bencic hold the trophy after winning the final against Alexander Zverev and Angelique Kerber of Germany at the Hopman Cup in Perth, Australia, Saturday Jan. 5, 2019. (AP Photo/Trevor Collens)

Ahead of his Australian Open title defense, the 37-year-old Federer didn’t drop a set in four singles matches at the tournament, beating Frances Tiafoe, Stefanos Tsitsipas, Cameron Norrie and Zverev.

“I’m happy I’m feeling this good and playing as well as I am,” Federer said. “It’s good to finish on a singles performance like this. I’m a bit surprised that the matches have gone as well as they have.”

Switzerland won the third-set tiebreaker in the mixed doubles after Zverev hit the ball into the net on the winner-takes-all point. Germany had earlier wasted a championship point.

Federer’s impressive stroke play countered the power of Zverev in the singles before the Swiss earned a crucial break in the 10th game of the first set. Federer broke his German opponent early in the second set on his way to victory in 70 minutes.

Federer, a 20-time Grand Slam champion, first won the Hopman Cup in 2001, joining forces with Martina Hingis to beat the United States in the final.

Federer and Bencic last year defeated the same German pair of Zverev and Kerber in the final.