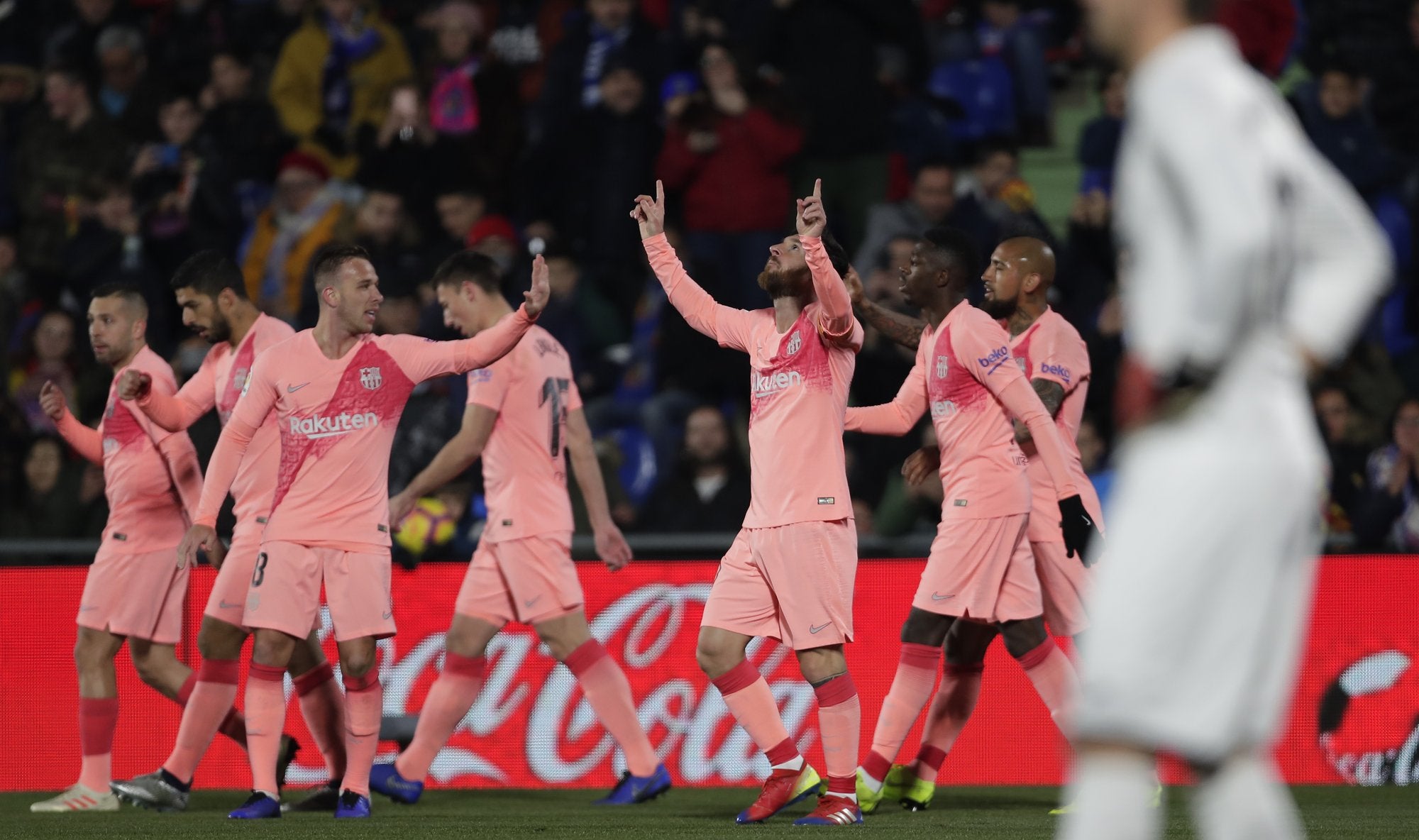 MADRID — Lionel Messi and Luis Suarez scored brilliant goals as Barcelona beat Getafe 2-1 on Sunday to increase its lead in the Spanish league.

Barcelona capitalized on slipups by its rivals earlier in the day to take a five-point lead over second-placed Atletico. Sevilla trails Barcelona by seven points in third place, and fifth-placed Real Madrid is 10 points behind, as the league reaches its midway point next round.

“We knew the results of the other matches and we had the pressure to take advantage of them,” said Barcelona coach Ernesto Valverde. “We are pleased. We earned some points with respect to our chasers, but there are many rounds to go.”

Getafe started well but, as he so often does, Messi turned the match around in the 20th minute when he pounced on a loose ball in the area, poked it between the legs of goalkeeper David Soria and slotted it home from a tight angle.

Suarez matched his teammate’s effort in the 39th when he planted his left foot as a pivot and used his right leg to rifle the ball from the edge of the area into the corner of the net with a waist-high volley.

Messi leads the league with 16 goals, followed by Suarez in second place with 12.

Messi came close to adding another goal late in the match but was denied both times by Soria.

About Messi, Valverde said: “When is he not decisive? He is the complete player.”

Getafe pulled one back through Jaime Mata just before halftime and the hosts had chances to draw level. But Barcelona goalkeeper Marc-Andre ter Stegen saved a powerful header by Leandro Cabrera before Mata squandered a golden opportunity in the 66th when he caught Ter Stegen off his line only to miss the open goal.

Getafe, which had conceded only four goals at home this season, remained in seventh place.