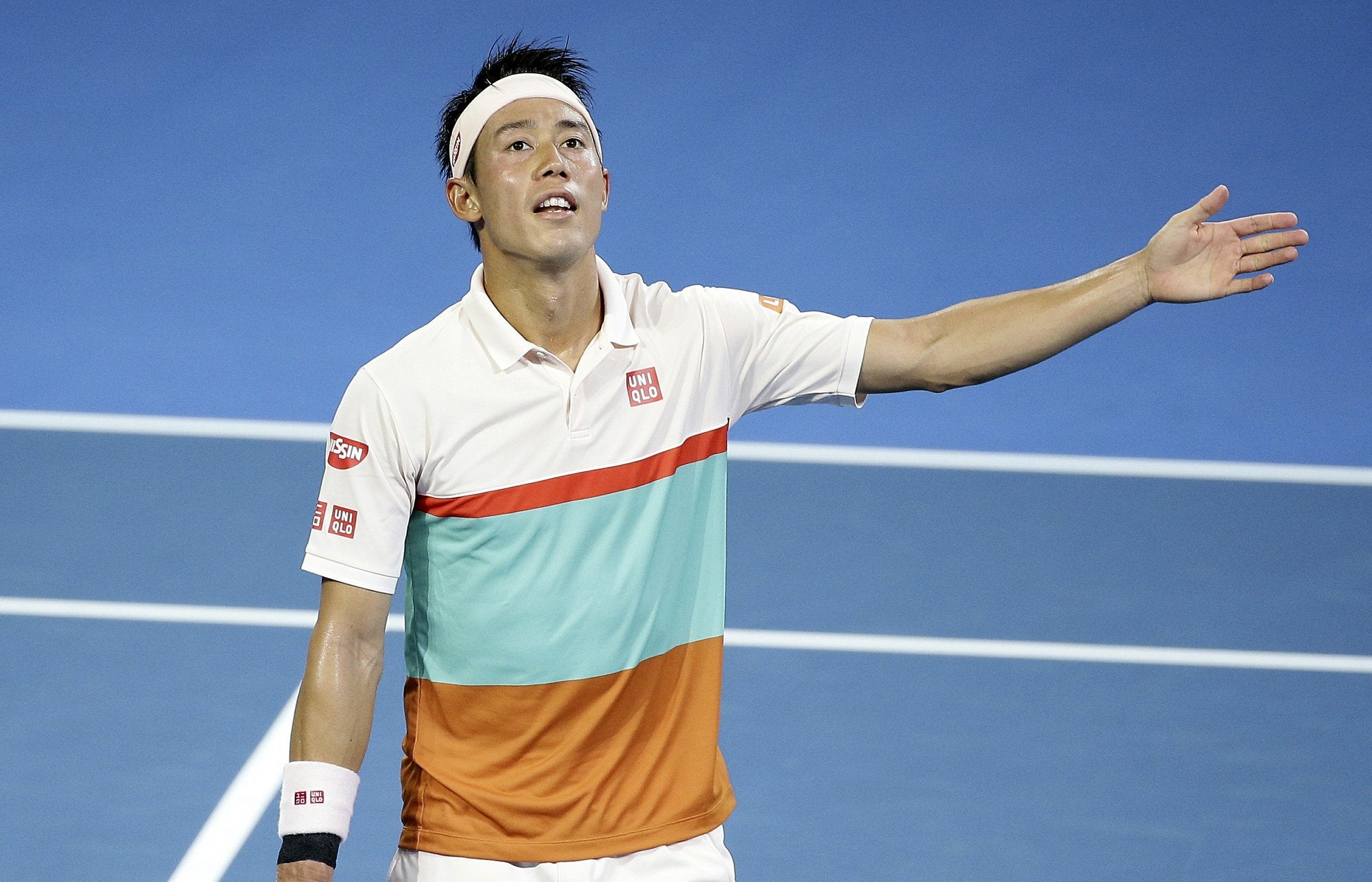 Kei Nishikori of Japan reacts after missing a shot during his finals match against Daniil Medvedev of Russia at the Brisbane International tennis tournament in Brisbane, Australia, Sunday, Jan. 6, 2019. (AP Photo/Tertius Pickard)

BRISBANE, Australia — Kei Nishikori won his first ATP title since Memphis in 2016 with a dominating final set to beat Daniil Medvedev 6-4, 3-6, 6-2 in the Brisbane International final on Sunday.

The 2014 U.S. Open finalist served for the match at 5-1 in the third set, but Medvedev earned a temporary reprieve when he broke the Japanese player’s serve to extend the match.

But Nishikori, who had lost nine consecutive ATP finals over 52 tournaments in nearly three years, broke the Russian player’s serve on four consecutive points in the final game to clinch the match in just 2 hours, 6 minutes, at Pat Rafter Arena.

Serving for the title at 5-4 Sunday, Tsurenko lost 13 straight points. It came after Tsurenko rolled her ankle in the second game of the deciding set.

Tsurenko was 4-0 in her previous WTA finals. Pliskova won her first Brisbane title two years ago.