MANILA, Philippines—Despite their daily grind, these athletes still made sure to celebrate the feast of the Black Nazarene by joining Thursday’s Traslacion around Manila.

Former San Beda Red Lion Borgie Hermida, a long-time devotee of the Black Nazarene, was once again present on Thursday, keeping his vow to join the Traslacion for 15 years now. 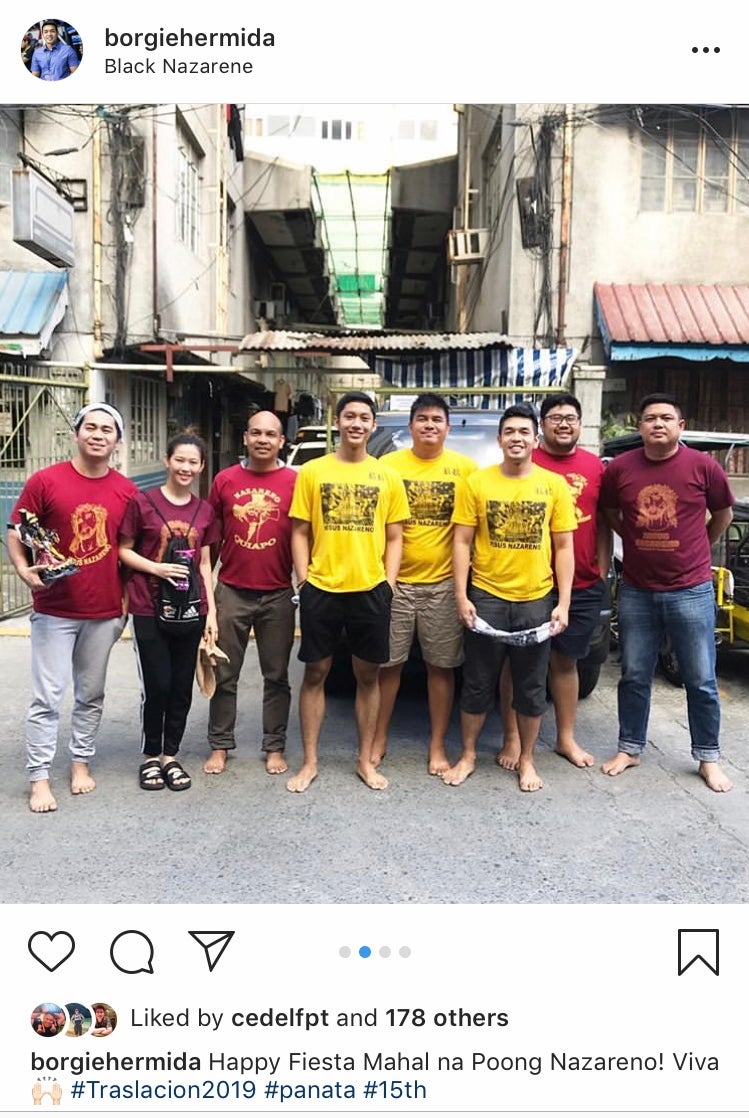 Hermida, who is now an analyst in the NCAA and the team manager of the Bataan Risers, has been attending the procession, which attracts millions of devotees yearly, since 2005.

Ex-La Salle star Almond Vosotros was also at Quiapo with his wife Cess, whose family has been followers of the Black Nazarene for decades, and two-year-old daughter Caela.

Ate Caela has a fever and is a little bit cranky since yesterday, TYL we still made it here today. ❤️Walang hanggang pasasalamat, Mahal na Poong Hesus Nazareno! 🙏🏻

Vosotros, who now plays for Caloocan Supremos in the MPBL, joined his then girlfriend’s “panata” starting 2008.

Jervy Cruz, who is returning to action for Ginebra this season after a conference-long absence due to injury, also joined the festivities at Quiapo Church. Phoenix star forward Calvin Abueva, a devotee since his NCAA days at San Sebastian, was also spotted with his son during the Traslacion.

In an interview with ABS-CBN, Abueva said that he hopes the new year can bring change after the hardships he experienced in 2018.