Phoenix’s Jason Perkins is PBA Rookie of the Year 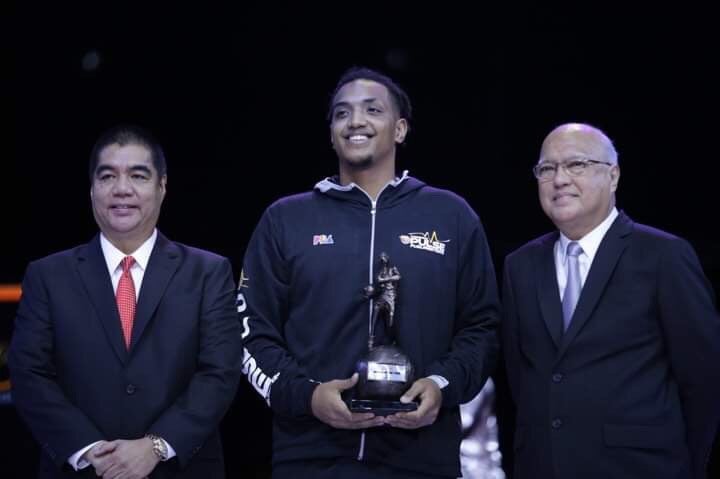 Jason Perkins of Phoenix receives his PBA Rookie of the Year trophy during the PBA Leo Awards on Sunday, January 13, 2019, at Philippine Arena in Bocaue, Bulacan. Photo by Tristan Tamayo/INQUIRER.net

Perkins had the most total points of any rookie with 436 but was third in per-game scoring average with 12.1 across 36 matches.

He also averaged 6.6 rebounds and 1.5 assists in the season.

The burley 6-foot-3 forward helped the Fuel Masters to a cumulative 17-19 record including an 8-2 card in the Governors’ Cup wherein the club reached the quarterfinals before losing to Meralco.

Ravena led all rookies in terms of points-per-game with 16.3 but NLEX’s star freshman was ineligible to win the award after he failed to play in the third conference in lieu of his Fiba-sanctioned 18-month suspension for doping.

Standhardinger, the top overall pick of the 2017 Draft, averaged 16.07 points and 9.26 rebounds but was also not allowed to win the plum since he missed the whole Philippine Cup as he was still playing with Hong Kong Eastern in the ASEAN Basketball League.