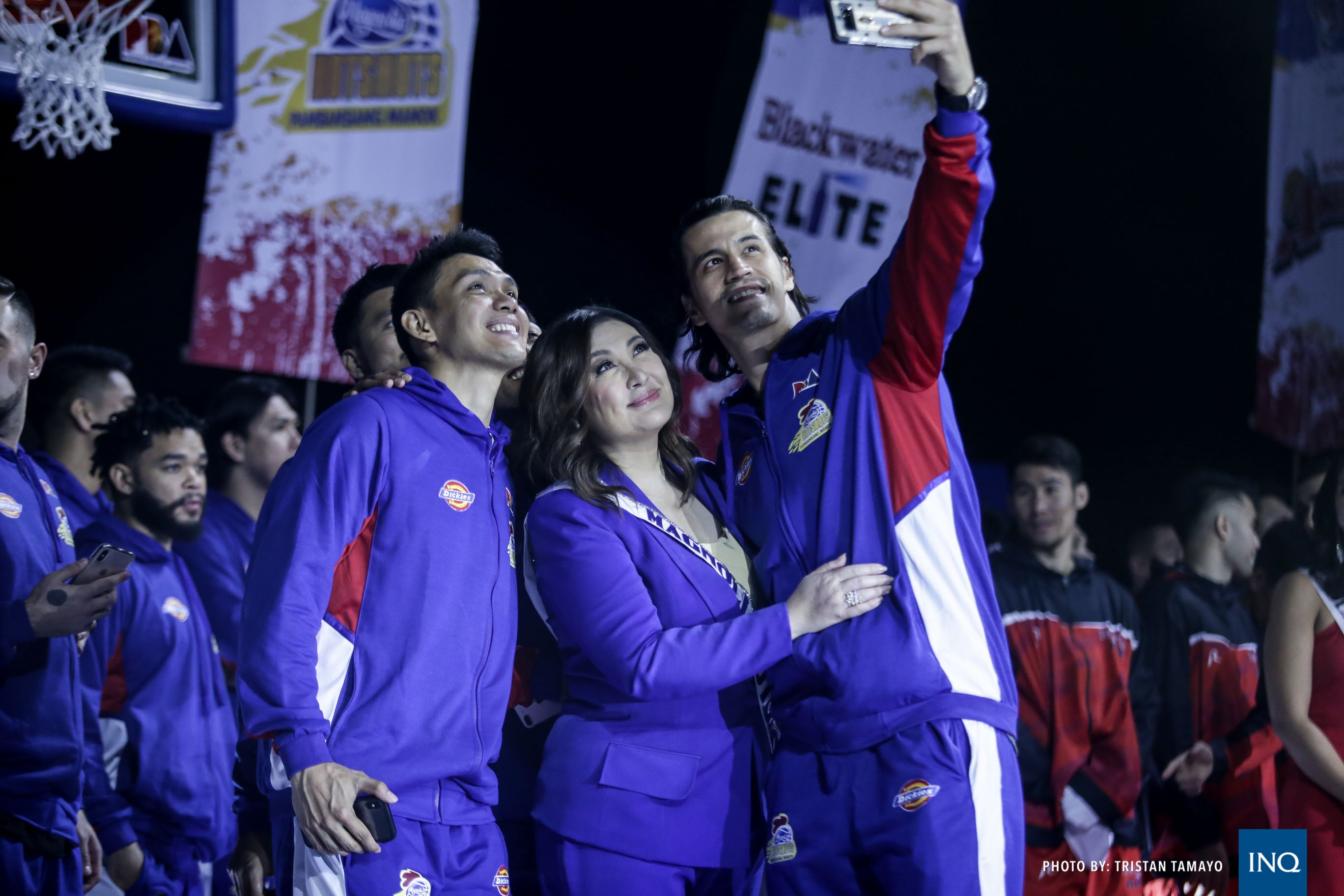 BULACAN, Philippines—Sharon Cuneta may not be the youngest of the muses that paraded in the opening ceremony of the 44th PBA Season, but the “Megastar” can transcend her superstardom into any spectrum.

The 53-year-old multi-awarded actress was Magnolia’s muse in the opener for the 2019 PBA season and was diligently met with mixed reactions on social media.

Cuneta, who rose to prominence in the 1980s and 1990s, was part of a muse lineup that included Ms. Universe 2015 Pia Wurtzbach, Ms. International 2016 Kylie Verzosa, and other younger television actresses.

No amount of hate, however, could dim the brightness of Cuneta’s timeless star power.

“They don’t mean anything to me because I’m the one in here and chosen by Magnolia and I’m the major endorser,” said Cuneta Sunday at Philippine Arena.

Cuneta added she was surprised that players from other teams asked her for pictures but she remained committed to the Purefoods franchise of which she had already represented in the 90s.

She said that she was looking for Rafi Reavis, Marc Pingris, and Alvin Patrimonio all of whom have become close to her on a personal basis.

“I was looking for Rafi because he’s like a step brother to me, also Ping because he’s Danica’s [Sotto] husband, and of course captain Alvin because the last time I was a muse for Purefoods he was the player,” said Cuneta.

“It was really an honor for me to be here but it’s just unfortunate Captain wasn’t here.”