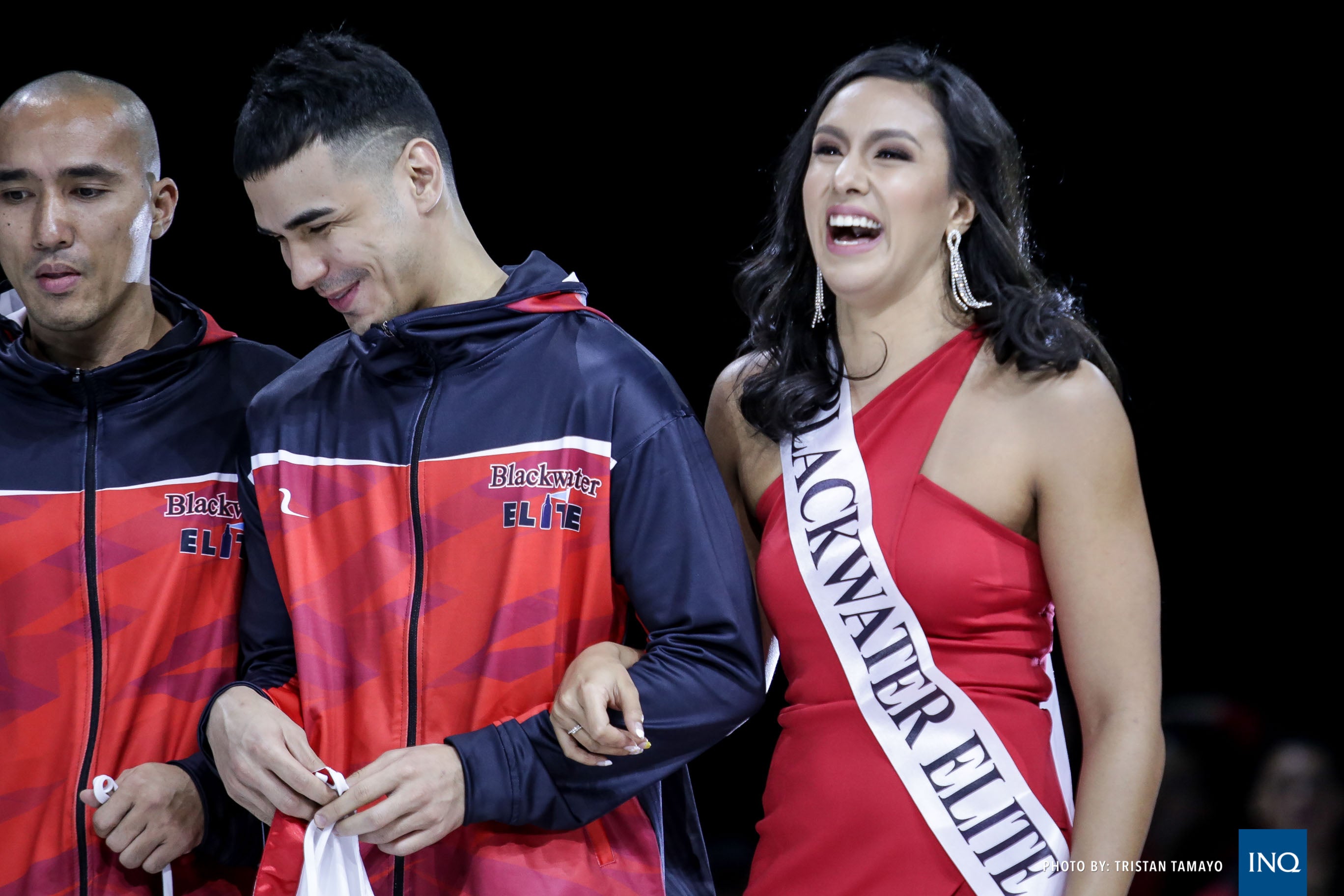 Jasmine Alkhaldi had thoughts of giving up swimming when she failed to advance to the semifinals of the 100-meter women’s freestyle event in the 2016 Rio Olympics, but the notion of competing in the 2019 Philippine Southeast Asian Games made her change her mind.

Representing Filipinos in her home country lit a fire in Alkhaldi that almost got doused in the pools of Rio de Janeiro and now she’s on a mission to wear the Philippine colors proudly in the regional games.

“It’s really what keeps me going,” said Alkhaldi during the PBA’s opening ceremonies for the 2019 season Sunday at Philippine Arena wherein she was Blackwater’s muse.

“I thought I was going to quit after the Rio Olympics but the passion and fire in swimming is still inside of me and the thought of representing the Philippines in the 2019 Southeast Asian Games gave me that motivation to go back to swimming and keep going.”

Alkhaldi has been in both the London and Rio Olymic Games and also represented the Philippines in three Asian Games but all those stints ended in disappointment for the Filipina.

Her stints in the SEA Games, however, produced five bronze medals and she’s gearing up to take the gold in her home country.

“I believe there’s always a time and place for everything and I didn’t really have any hard feelings on what happened to me in 2013,” said Alkhaldi, who will fly to Spain on Monday to start the first leg of her month-long European training camp.

Alkhaldi’s recorded a time of 56.65 seconds in the 100m freestyle that could’ve won her the gold medal in Myanmar but the technical committee scratched the result because of a false start and she had to undergo a re-swim wherein she clocked in at 56.63 seconds for the bronze.

“I learned a lot from 2013 and I think it wasn’t my time yet because I’m still getting bronze medals,” said Alkhaldi, who will end her European camp in Italy. “I’m hoping this will be my time and it’s perfect to be able to get a gold medal along with other gold medals in the Southeast Asian Games.”