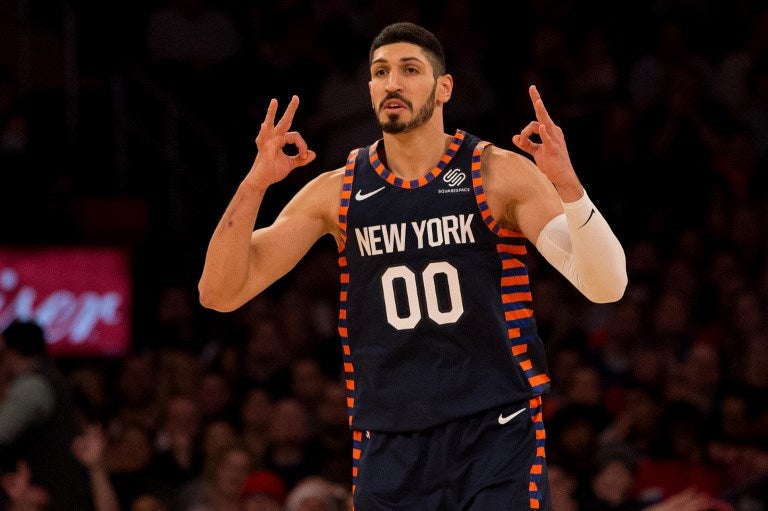 Enes Kanter #00 of the New York Knicks celebrates after hitting a three-point basket against the Milwaukee Bucks at Madison Square Garden on December 25, 2018 in New York City. NOTE TO USER: User expressly acknowledges and agrees that, by downloading and or using this photograph, User is consenting to the terms and conditions of the Getty Images License Agreement. Mike Stobe/Getty Images/AFP

Sabah says prosecutors are seeking an Interpol “Red Notice” citing Kanter’s ties to Fethullah Gulen, who is blamed for a failed coup in 2016, and accusing him of providing financial support to his group.

Earlier this month, Kanter refused to travel to London for a regular-season NBA game, saying he feared he could be assassinated for his opposition to Turkish President Recep Tayyip Erdogan.

Kanter’s Turkish passport was revoked in 2017.