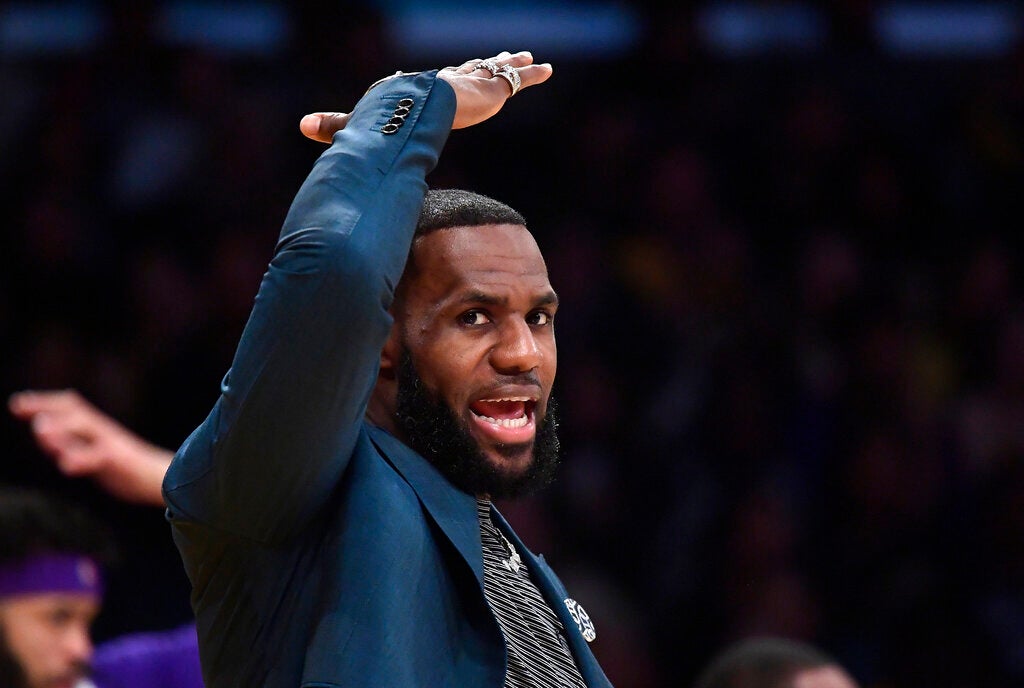 Los Angeles Lakers’ LeBron James gestures from the bench during the second half of an NBA basketball game against the Cleveland Cavaliers Sunday, Jan. 13, 2019, in Los Angeles. The Cavaliers won 101-95. (AP Photo/Mark J. Terrill)

LeBron James will miss at least two more games as he recovers from a groin injury but has been cleared to resume practice next week, the Los Angeles Lakers said Wednesday.

James has not played for the Lakers since limping out of his team’s Christmas Day victory over the Golden State Warriors last month at the Staples Center.

Since then the Lakers’ form has nosedived, with the Western Conference hopefuls losing seven out of 11 games where James has been unavailable for selection.

A medical update from the Lakers on Wednesday said the 34-year-old would miss the team’s upcoming road trip this week, which involves games against the Oklahoma City Thunder on Thursday and the Houston Rockets on Saturday.

However, James could soon be back for the Lakers as they attempt to reignite their playoff push.

“James … has been cleared to return to practice commencing next week, and progress towards a return to game play thereafter,” the Lakers said.

The Lakers are due to face Golden State at home next Monday, before taking on the Minnesota Timberwolves on January 24.