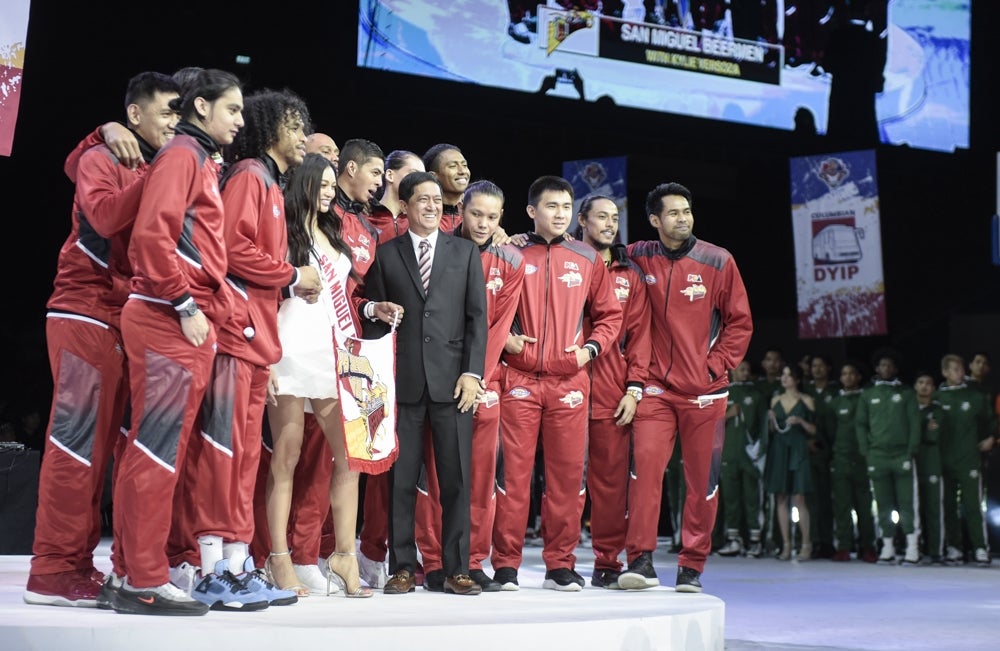 Armed with a five-time MVP in June Mar Fajardo and a hardworking big man in Christian Standhardinger, San Miguel Beer added more talent when it acquired Terrence Romeo in an offseason trade. The Beermen unveil their beefed-up roster today as they try to push the debut of No. 1 overall pick CJ Perez of Columbian Dyip to the background. —SHERWIN VARDELEON

While discussing his run of unsuccessful Finals stint in the PBA, Alaska coach Alex Compton could not escape centering some of his woes on San Miguel Beer.

“There was San Miguel for three Finals. And June Mar (Fajardo) was always an issue,” said Compton. A pause and then a realization: “Then they added Christian (Standhardinger) and now they added Terrence (Romeo). Kawawa ang liga.”

Beermen coach Leo Austria, however, said the team is just a paper giant right now, whose worth can only be proven “on the court.”

On Friday, the Beermen get to do just that.

The reigning four-time Philippine Cup champions open defense of their all-Filipino dynasty as they finally get to test their souped-up roster when they take on Columbian Dyip at 4:30 p.m. at Cuneta Astrodome.

The Dyip have something to show for after the Draft, having tabbed and signed former Lyceum star CJ Perez. But there is little in terms of talent that Columbian can parade against the Beermen, whose trade for the controversial Romeo has been viewed as a high-risk, high-reward situation.

But if Romeo, who said he is willing to tone down his isolation flair to fit himself into the Beermen’s team-first system, turns out to be a hit for San Miguel then Compton may be right. The whole league is in trouble.

But such depth comes with responsibilities.

“We’re just looking to defend the crown. We know it’s not going to be easy, but we also know that it’s not impossible. We just have to play as a team and follow coach’s system.”

Romeo, whose troubled stint with TNT ended in a reported demand by key KaTropa players for his ouster, won’t be the only player getting a fresh start.

Raymond Almazan looks to put a rocky episode behind him when he returns for duty for Rain or Shine in the nightcap against NLEx at 7 p.m.

The Road Warriors, for their part, will now be drawing boost in the post courtesy of defensive specialist Poy Erram, who reportedly wanted a change of scenery and was granted that much by former team Blackwater.

Elasto Painters mentor Caloy Garcia is also ready to move on from the fiasco involving his center: “We’re positive. We just have to be focused this season.”

“We hope we can bring the positivity we built in the off-season to our campaign this year,” he added.

“We had to pay a high price for him,” he said. “We lost Mike (Miranda), Dave (Marcelo), Alex (Mallari) and of course two of our picks. Imagine all of those just for him?”

“He has to be really valuable,” Guiao added.

NLEX will try to improve its semifinal finish in last year’s Philippine Cup with Kevin Alas also returning from an ACL injury that sidelined him for the majority of last season.