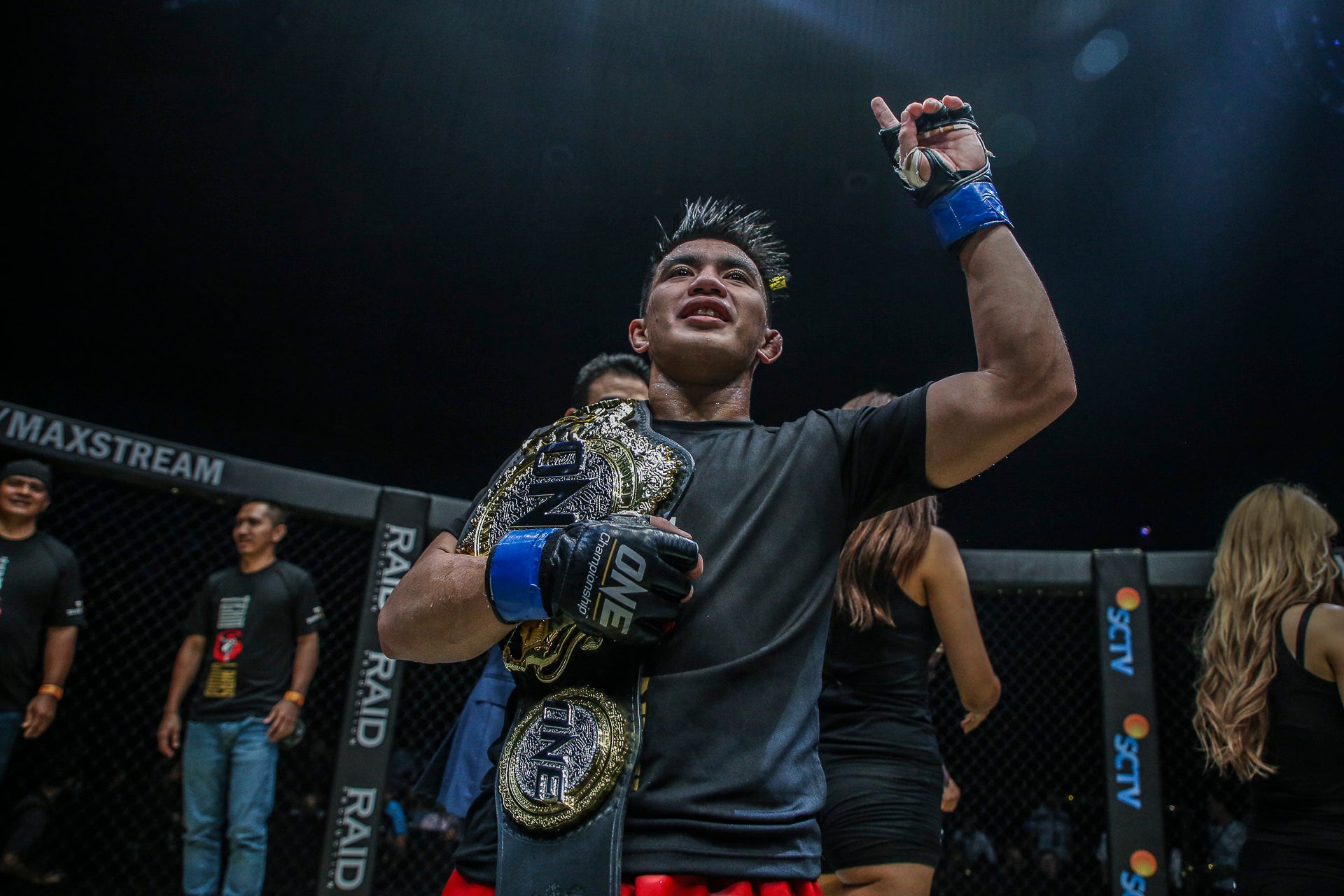 JAKARTA, Indonesia—Filipino strawweight champion Joshua Pacio will be performing in front of the same Indonesian audience when he makes his first title defense on Saturday against Yosuke Saruta in ONE: Eternal Glory.

It was just four months ago when Pacio fought here in Jakarta and claimed the strawweight strap following a unanimous decision victory over Yoshitaka Naito.

Pacio may be from the highlands of Benguet Province but the growing Filipino population here in Indonesia has made him feel like he’s not fighting away from home.

“There are a lot of Filipinos here that’s going to be a factor that adds as motivation for me. It gives me a boost when I hear not just Filipinos but also Indonesians screaming when I go out and fight.”

The 23-year-old Pacio (13-2) will be the first among the current Team Lakay champions to make his title defense with flyweight king Geje Eustaquio next in line as he stakes his belt six days later in a third bout vs Adriano Moraes in Manila.

Pacio can’t wait to get back in the cage but knows he can’t get overly excited and be careless against Saruta (18-8), who beat former champion Alex Silva just last month in his promotional debut.

“Saruta is well-rounded fighter and an explosive fighter,” Pacio said.