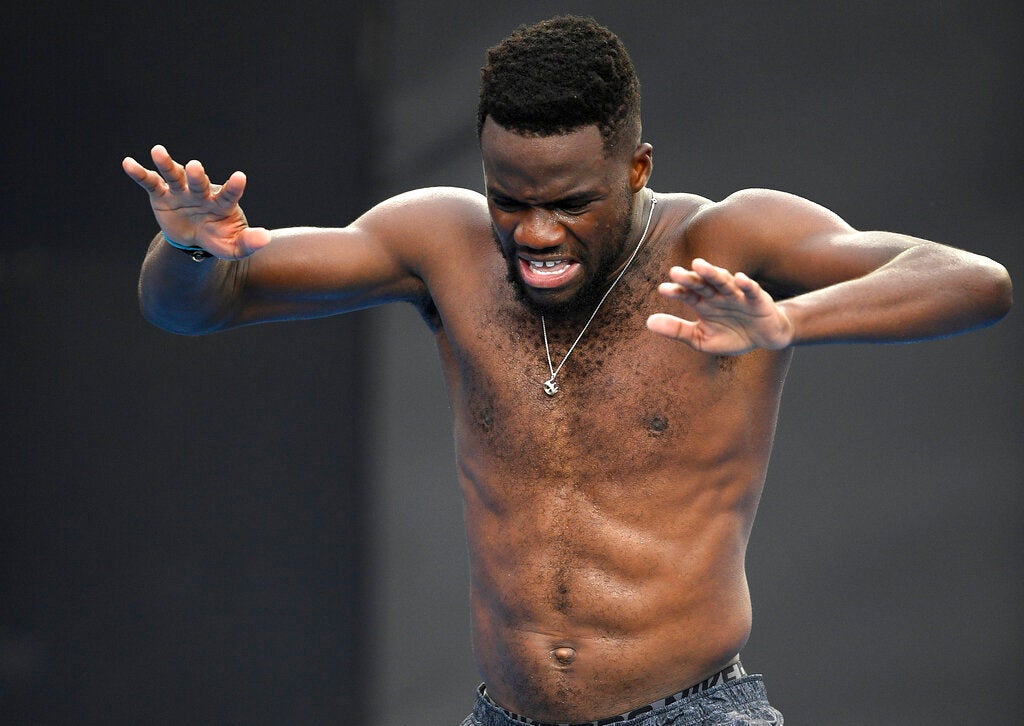 Tiafoe, who grew up in Maryland, paid homage to James by copying the four-time NBA MVP’s “Silencer” — raising his knees and pushing his palm-down hands toward the ground after beating Italy’s Andreas Seppi in five sets. Oh, and Tiafoe had yanked off his shirt before doing that move.

Frances Tiafoe's LeBron impression gets better and better with each win! Big Foe is on to the next round at the #AUSOpen pic.twitter.com/3xF9YKiYWp

And why not? He reached the fourth round at a Grand Slam tournament for the first time.

After his previous victory, a second-round upset of two-time major finalist Kevin Anderson, Tiafoe mimicked another LBJ celebration by flexing his right biceps and slapping it five times with his left hand.

“Be interesting to see if (other players) want to try them. Just trying to bring something to tennis,” said Tiafoe, who turns 21 on Sunday.

He said his post-match choreography is not premeditated. It just sort of happens.

“If I get a chance to do it on a big court, big situation, you’ve got to bring it up,” he said. “I don’t know what celebration I’m going to do. I got a lot of them that I know.”