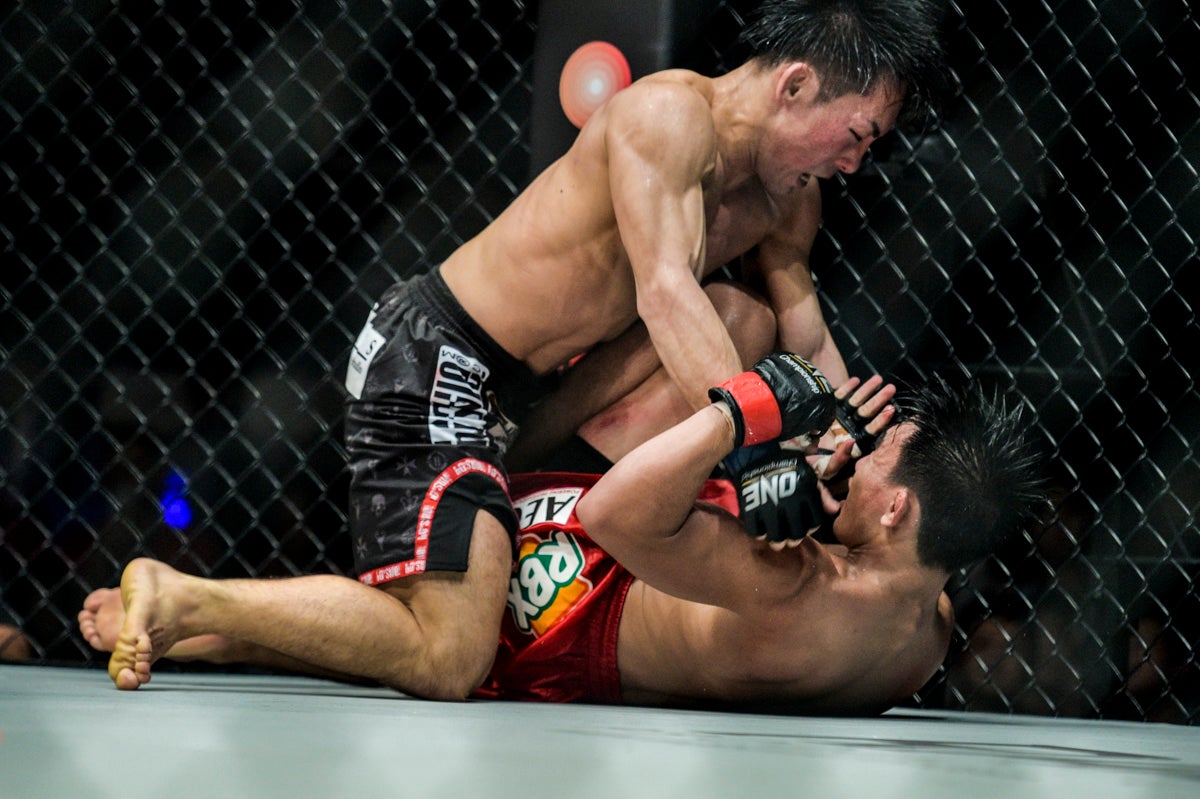 JAKARTA, Indonesia—Filipino Joshua Pacio was the first to admit his shortcomings against Japanese Yosuke Saruta in their world title fight Saturday night.

Pacio lost by split decision to yield the strawweight belt to the gritty Saruta in only his first title defense, just four months after winning it.

Shortly after the grueling fight, Pacio could only wish he had done things differently.

“I know my shortcomings in the fight. I felt I was too defensive and he (Saruta) just kept coming forward. Yes, he was able to take me down but he wasn’t able to take control of me that long,” Pacio told reporters in Filipino.

The Team Lakay star, who just turned 23 on January 10, thinks Saruta’s experience also played a role in their bout.

“His experience was a factor but it was still up to me. If only I did more work in the fight, I think the decision would’ve favored me.”

It took only two fights in the promotion for Saruta to rise all the way to the top of the strawweight division.

But even before he joined ONE, the 31-year-old Saruta (19-8) had already amassed experience being in big fights as a former champion in Shooto.

Fighting Saruta also served as an eye-opener for Pacio.

“This fight was a great experience for me. It showed me that I still need to work on a lot of things. I’m more motivated to train and improve my offense and defense.”