Life begins at 40: Manny Pacquiao believes his career is not yet over | Inquirer Sports
Close
menu
search

Life begins at 40: Manny Pacquiao believes his career is not yet over 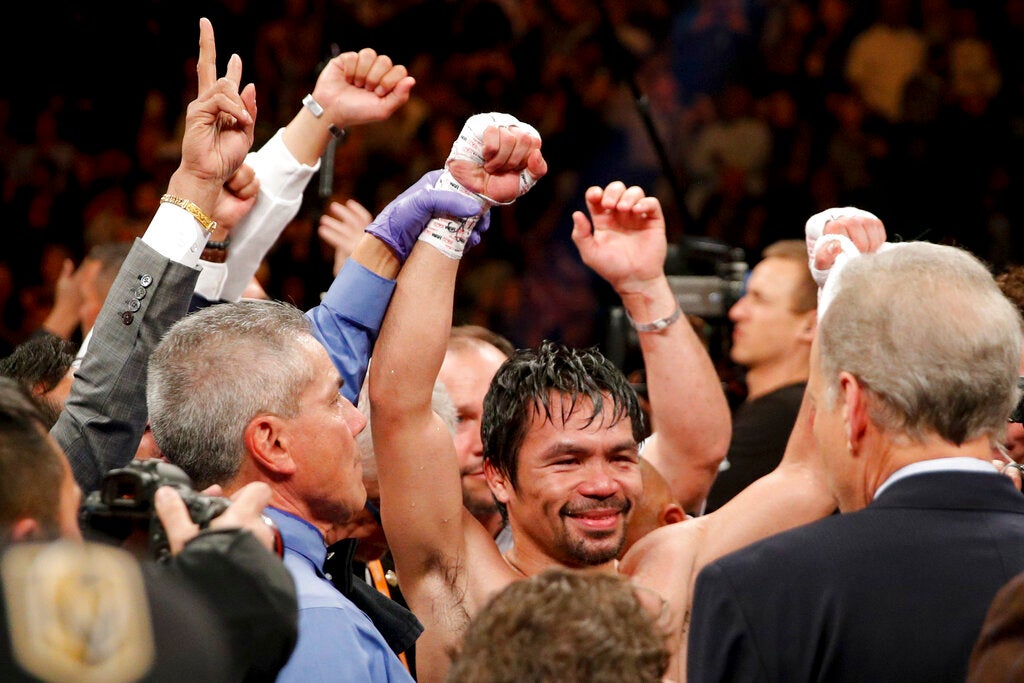 Even at 40 years old, Pacquiao displayed his dominance when he tore Adrien Broner apart in 12 rounds to retain his WBA World welterweight title Sunday (Manila time) at MGM Grand in Las Vegas.

The fight was Pacquiao’s 70th career bout that spans 61 wins, seven losses, and two draws and that level of usage dwarfs Broner’s 33-4-1 line.

Pacquiao said that his career is far from over and he’s adamant that retirement is nowhere near the horizon.

“I really don’t believe my career is over, I proved it in my last fight against Mattysse, and I proved it again at the age of 40,” said Pacquiao during his post-fight interview with Showtime’s Jim Gray.

Pacquiao scored a technical knockout win over Matthysse back in July of 2018 to capture the black-and-gold WBA belt.

Matthysse then ended his career shortly after that fight with a record of 39-5 with 36 knockouts.

Pacquiao’s fight against Broner also showed that he could still roll at the highest level displaying an offense that was seen from him a decade earlier.

Boxing’s only eight-division World champion was relentless in the seventh pinning Broner into three separate corners forcing the challenger to go for the clinch and avoid punishment.

Pacquiao then launched a rocket of a left that rocked Broner to the ropes.