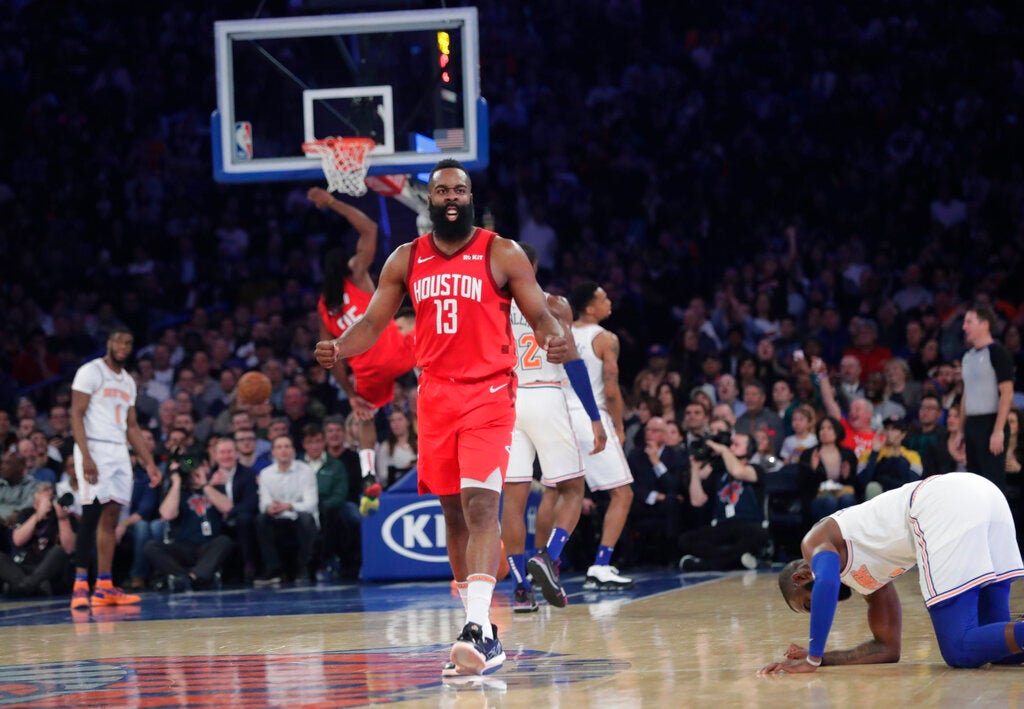 Harden’s 3-pointer with about three minutes remaining in the first half of Houston’s game against the Knicks on Wednesday night gave him 32 points.

The NBA’s leading scorer had already surpassed his average of 35.7 points by halftime, putting back the miss of his own shot to beat the buzzer and give himself 36 points and nine rebounds.

Chamberlain still has all three streaks that were longer. His record is 65 straight 30-point games, and he also had streaks of 31 and 25 games.