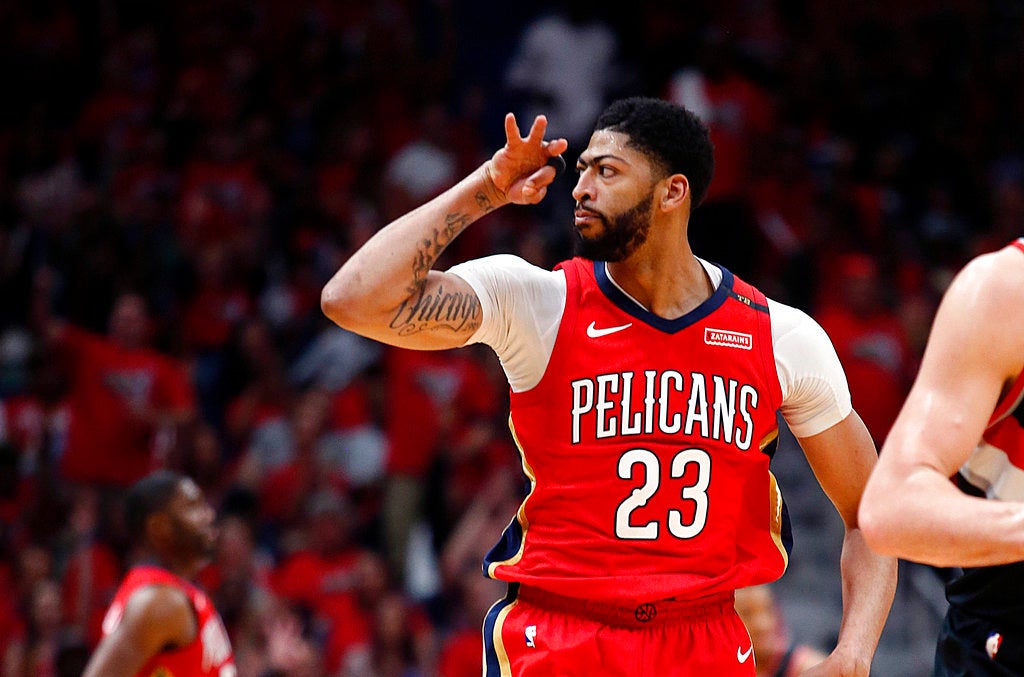 Anthony Davis was fined $50,000 by the NBA for making a public trade demand on Tuesday, a day after his agent went public with his desire to leave the New Orleans Pelicans.

Davis, a five-time All-Star and member of the 2012 London Olympic gold medal squad, told the team he will not sign a contract extension and wants to be traded to an NBA contender before the league’s February 7 transfer deadline.

Davis violated a rule in the owners-players union agreement banning public trade demands, the fine coming for agent Rich Paul’s statements to ESPN that the NBA characterized in announcing the fine as “an intentional effort to undermine the contractual relationship between Davis and the Pelicans”.

The Pelicans confirmed Davis wanted to leave in a statement Monday.

“Relative to specific talks of a trade, we will do this on our terms and our timeline,” the team said. “One that makes the most sense for our team and it will not be dictated by those outside of our organization.”

Davis, top pick in the 2012 NBA Draft, shares second in the NBA with 29.3 points a game and third in the league with 13.3 rebounds per contest.

At 22-28 with seven losses in their past eight games, the Pelicans are 13th of 15 clubs in the Western Conference, 5.5 games behind the Los Angeles Clippers for the eighth and last playoff berth.

Davis, out since January 19 with a sprained left index finger but due back imminently, could become a free agent in 2020 and sign a five-year contract extension worth $240 million after this season.

The Pelicans have missed the playoffs in four of six seasons since drafting Davis, but swept Portland in the first round of last season’s playoffs for their first post-season series triumph since 2008. New Orleans fell in the second round to eventual champion Golden State.

The Los Angeles Lakers, whose superstar LeBron James is also represented by Paul, and Boston Celtics are expected to be interested in Davis, but the Pelicans do not want the process to become a free-for-all as they risk losing him for nothing unless he is traded.

“We have also requested the league to strictly enforce the tampering rules associated with this transaction,” the Pelicans said, a reference to NBA rules prohibiting teams from trying to lure players who are under contract.