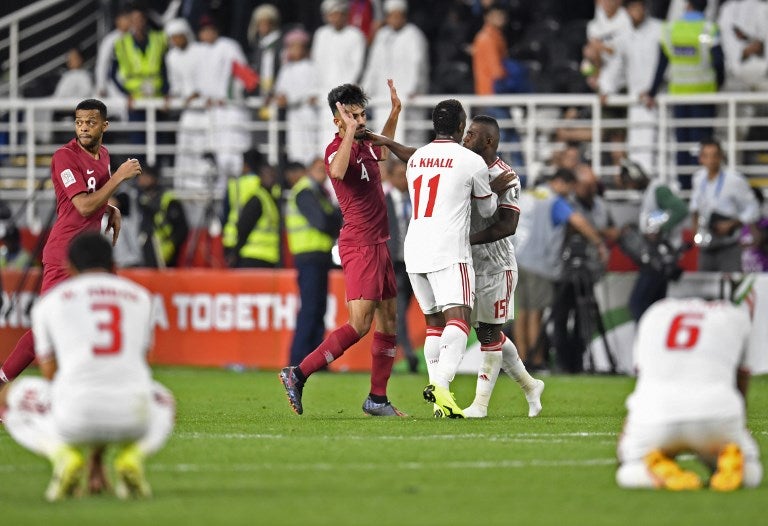 Asian Cup hosts the United Arab Emirates have lodged a protest over the eligibility of two Qatari players, the Asian Football Confederation said on Thursday.

The move comes a day before Qatar make their first ever final appearance against Japan, and two days after the Maroons trounced UAE 4-0 in a bitter semi-final that saw the home crowd pelt the victors with plastic bottles and shoes.

“The Asian Football Confederation has received a protest from the United Arab Emirates FA regarding the eligibility of two Qatar players,” an AFC spokesperson told AFP.

“This protest will now be reviewed in line with the AFC regulations.”

Media reports said the players in question are striker Almoez Ali, who has scored a record-equalling eight goals at the tournament, and defender Bassam Al-Rawi.

According to the AFC Disciplinary and Ethics Code, the penalty for fielding an ineligible player is forfeiting the match and a fine.

The AFC also has the power to exclude teams from a future competition if the ineligibility is discovered after a tournament, the document says.