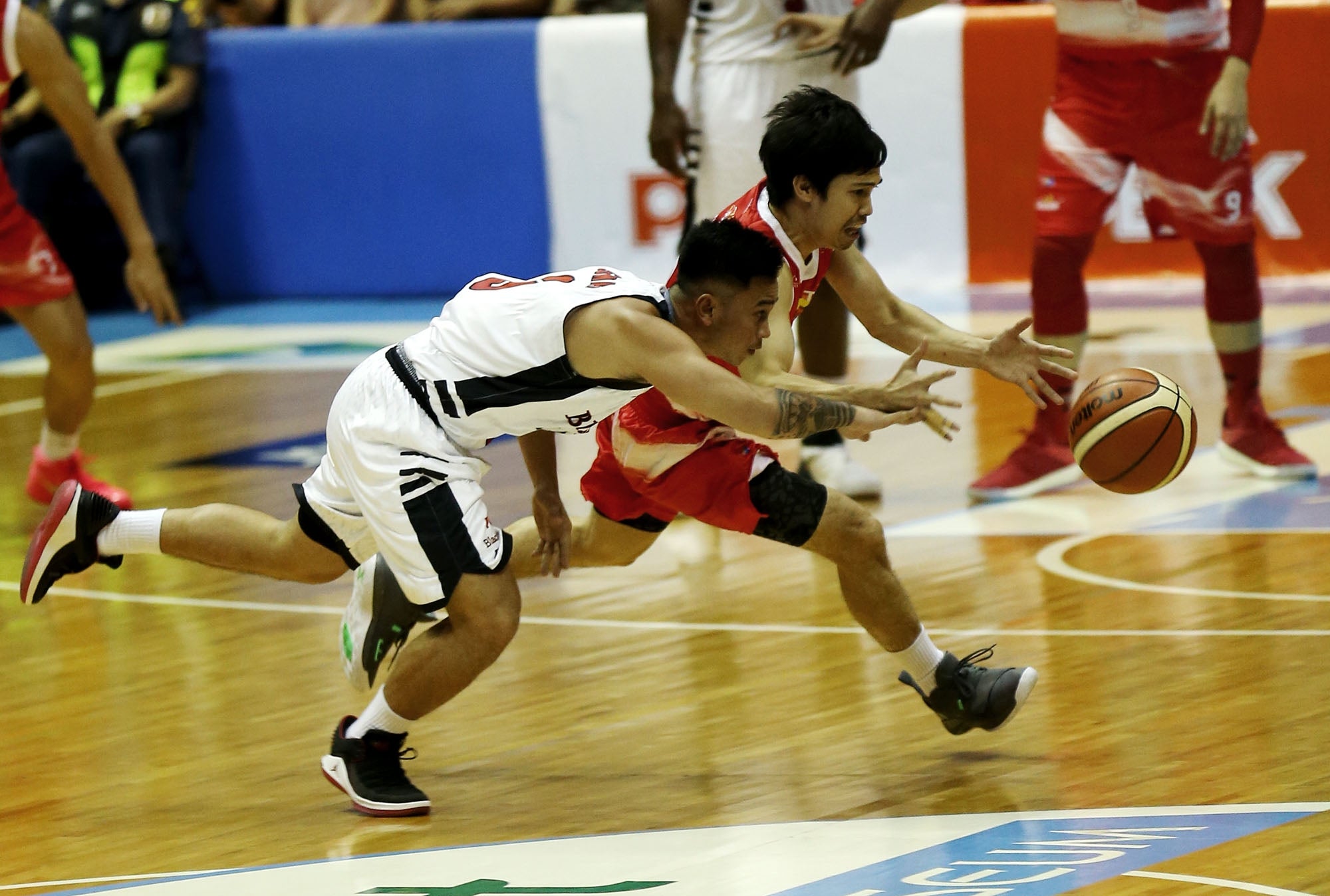 It’s going to be another fast-paced duel between guards LA Revilla of Phoenix (red) and Roi Sumang of Blackwater. —RICHARD A. REYES

Louie Alas wants his team to make hay while the sun is shining.

With his Phoenix Pulse crew getting the benefit of playing the lesser lights in the PBA Philippine Cup early, Alas knows that stringing together as many wins as they can will help them in great stead until the time “we play the heavyweights.”

Not that he is belittling Blackwater, the Fuel Masters’ foe on Friday at Ynares Center in Antipolo, but Alas knows that Phoenix stacks well against the Elite in their 4:30 p.m. duel.

“This game is very important to us,” he told the Inquirer, as he stressed the importance of keeping intact the conference’s only spotless slate. “We need to win as many as we can this early because we will be playing the heavyweights [later on in the eliminations].”

Alas said that he felt that Blackwater has at least six players capable of big nights every game, and that he had a basic defensive plan going into the contest.

“We cannot stop all of them,” he said of the six Elite. “That’s why we have decided that we will just pick our poison and allow some of them their usual outputs. But I cannot tell you who they are.”

Phoenix has opened up with three straight victories and is setting the pace. It is the best start in Phoenix franchise history, but Alas is just halfway through his personal record achieved several years back when he was still coaching Mobiline (now TNT KaTropa).

“That record is not important [for me],” he said. “What we want is to win more games and move closer to the playoffs.”

After going through Meralco, TNT and then Columbian, the Fuel Masters will close out against NLEX, Alaska, Magnolia, Barangay Ginebra and four-time defending champion San Miguel Beer.

Meanwhile, the Beermen and Rain or Shine, two squads coming off their first loss in their last three games, slug it out at 7 p.m. contest with wins keeping either at the upper half of the standings.

The Beermen went down against the Texters, while the Elasto Painters will come into this game still licking the wounds of a 111-99 loss to the Elite.

“Actually, they (Elite) have played well in their last two games. That game against Meralco was very winnable,” he said. “And I told my players that there is no easy outing in this league.”