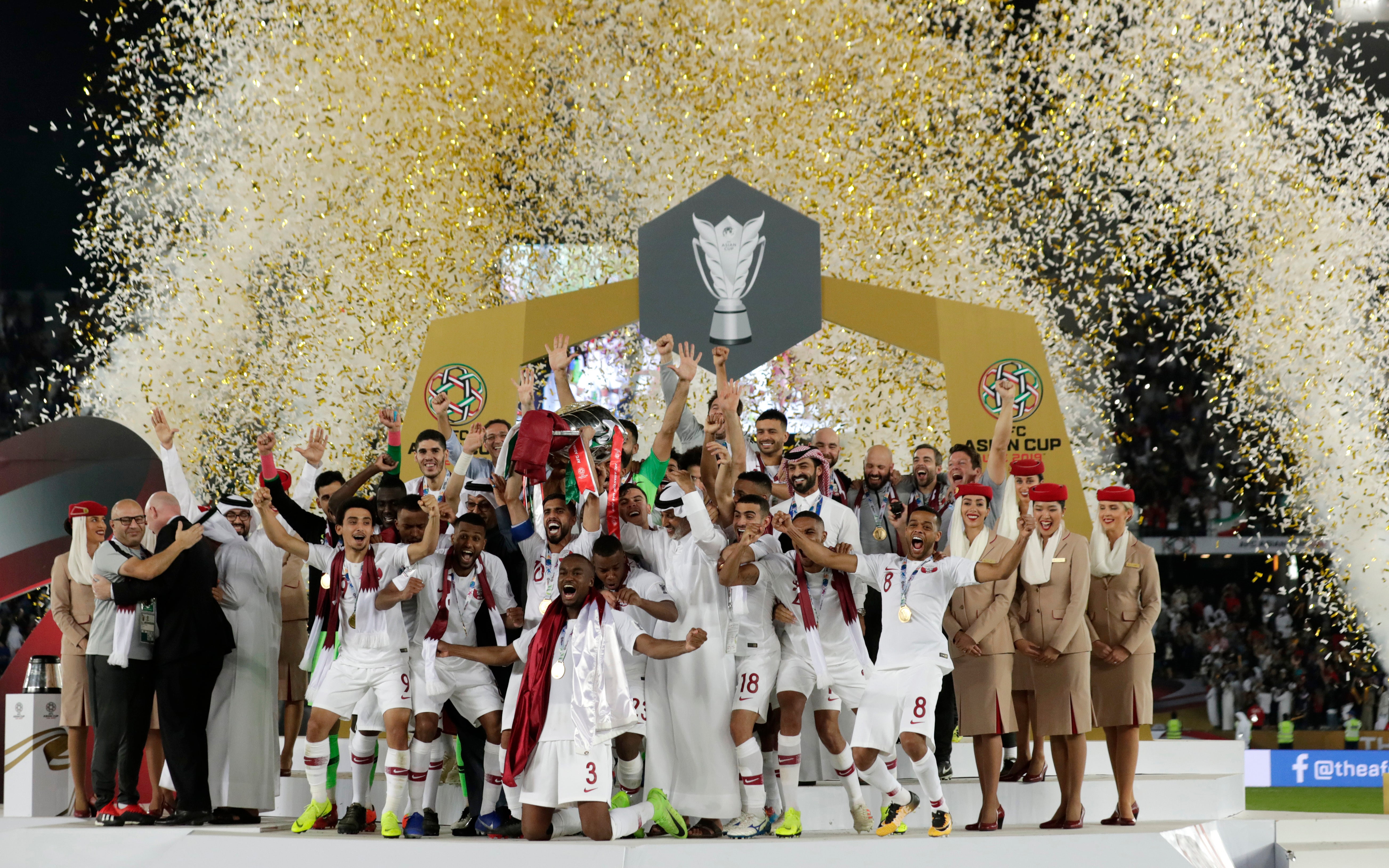 ABU DHABI, United Arab Emirates — Long scorned for a lack of soccer pedigree, Qatar will enter the 2022 World Cup as the champion of Asia.

The Asian Cup was lifted by Qatar for the first time on Friday after a series of victories on the field just as improbable as winning the vote in 2010 that secured the FIFA showpiece for the small, super-rich Gulf nation.

While Japan entered the Asian Cup hotly tipped to win a fifth title, the Qataris hadn’t even reached the semifinals before. But confounding the disparity in the FIFA rankings — with Qatar at 93 and Japan at 50 — the Gulf nation won the final 3-1 to claim its first major soccer title.

The strong attacking display was a reflection of Qatar’s remarkable run over the last month in the United Arab Emirates, scoring 19 goals and conceding only once in winning all seven games.

After upsetting the final favorite, players wrapped themselves in Qatari flags in a display of patriotic furor that will have resonated far beyond the stadium in Abu Dhabi.

Since joining other Arab countries in cutting diplomatic, economic and travel ties with Doha in 2017, the UAE warned residents that expressing sympathy for Qatar could lead to fines and imprisonment. The UAE is among a quartet of nations accusing its regional foe of supporting extremists, which Qatar denies, and even prevented the team from traveling direct to Abu Dhabi for the tournament.

There was even an attempt by the UAE to get Qatar disqualified after losing their semifinal. Tournament organizers confirmed only hours before the final they dismissed a challenge by the UAE against the eligibility of two Qatar players who were born outside Qatar.

One of them, Almoez Ali, scored the opening goal against Japan in the 12th minute with an audacious overhead kick. That gave him an all-time tournament record nine goals, surpassing Ali Daei’s previous record tally of eight with Iran in 1996.

Abdulaziz Hatem doubled Qatar’s lead with a curling strike in the 27th.

While Qatar conceded its first goal of the tournament in its seventh game when Takumi Minamino netted in the 69th, Akram Afif restored the two-goal cushion in the 83rd from the penalty spot.

“It’s a huge disappointment,” Japan captain Maya Yoshida said. “But we have to learn from this defeat.”

Victory will give Qatar renewed hope of being able to compete against the globe’s best teams when it qualifies for the first time for the World Cup — as hosts — in 2022.

“This result doesn’t come from nothing,” said defender Bassam Al-Rawi, the other player whose eligibility was questioned by the UAE. “It came with lot of effort. It came from determination. It came from immense hard work on the pitch. We were able to win today because we took all the chances.”

There is an even stronger test for the squad in June when Qatar joins Japan as guest nations at the Copa America. Qatar is in a group with Argentina, Colombia, and Paraguay.

“This is one step more to continue developing the team to play another tournament in the summer and to be ready for 2022, to represent Qatar as a very competitive team at the World Cup,” Qatar coach Felix Sanchez said.