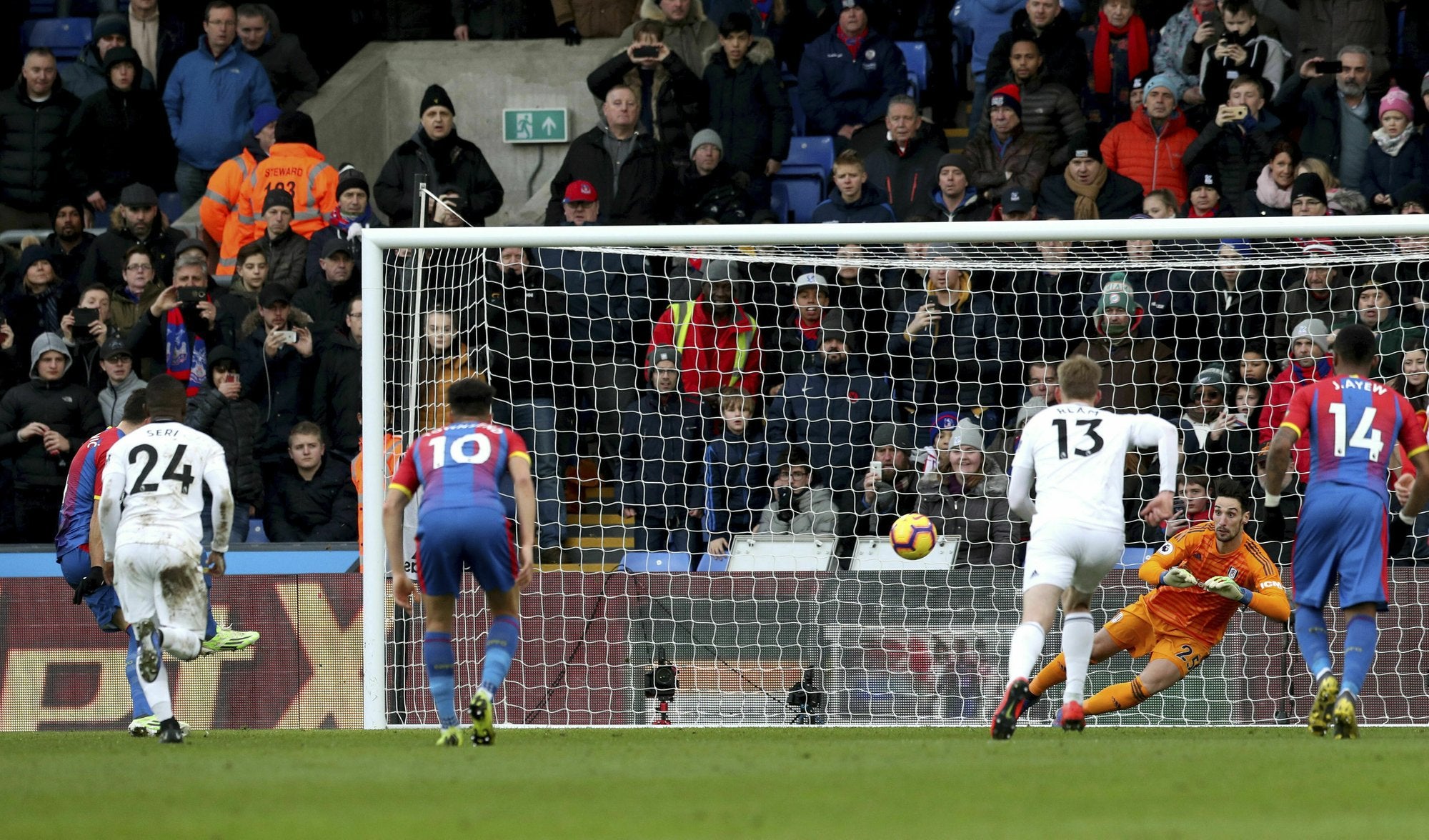 LONDON — Fulham’s hopes of survival in the English Premier League took another hit with a 2-0 loss at Crystal Palace on Saturday.

An improved display in defeat against Tottenham and a 4-2 victory over Brighton had presented Claudio Ranieri’s Fulham with some momentum, but the team was outplayed by Palace and again contributed to its downfall, which was secured by goals from Luka Milivojevic and Jeffrey Schlupp.

Fulham is seven points from safety and its next eight league fixtures consist of four away games and home matches against Manchester United, Chelsea, Liverpool and Manchester City.

Palace won despite star attacker Wilfried Zaha being out through suspension.