Sergey Kovalev gets WBO title back from Eleider Alvarez in rematch 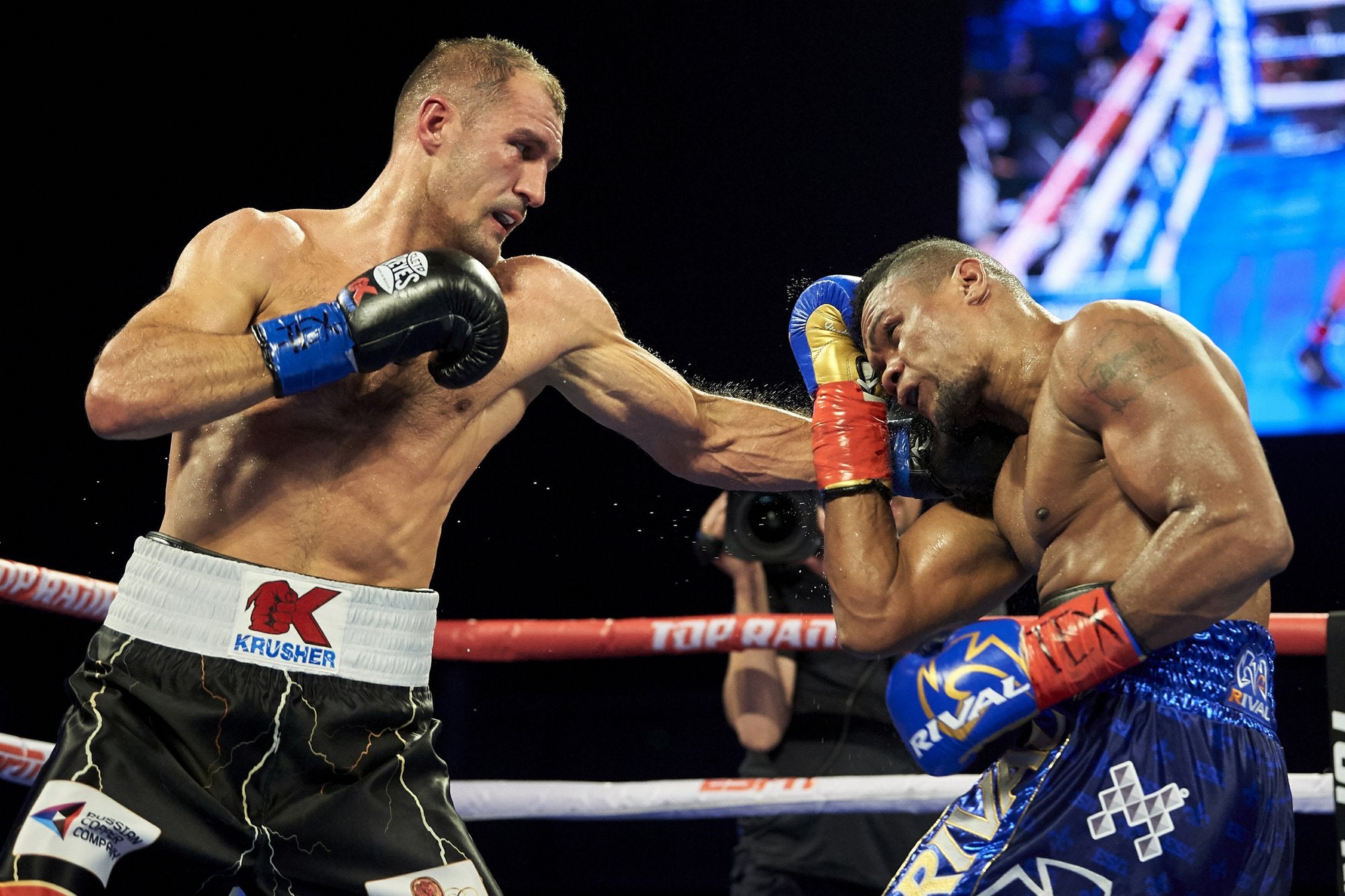 The Russian controlled the pace throughout the fight, pushing through a couple of moments of fatigue like those that seemed to affect him in the loss that cost him the title in the 175-pound division.

In that defeat to Alvarez in Atlantic City, New Jersey, last summer, Kovalev was ahead on all three scorecards when he was dropped three times in the seventh round.

Kovalev (33-3-1) made it through the seventh just fine in a fight that started two minutes before midnight. The 35-year-old put on the finishing touches by landing several blows in an impressive 12th round to leave little doubt that Alvarez (24-1) was headed for his first loss.

The dominant win reversed a recent slide by Kovalev, who had all three of his losses in the previous five fights. He was the aggressor from the beginning, and eventually landed 213 of 860 punches compared to 111 out of 369 for Alvarez.

According to the television broadcast, Alvarez’s corner told him going into the 10th round that he would need a knockout to keep the belt. He never got close. Kovalev even had an exclamation point, landing a punishing right hand just before the final bell.

In what amounted to co-main event on Saturday night, Oscar Valdez defended his WBO featherweight title with a seventh-round technical knockout of Carmine Tommasone.

The two-time Mexican Olympian caught Tommasone with a right uppercut to the jaw. The blow dropped the Italian and the fight was called nine seconds into the seventh round in Valdez’s first bout since sustaining a broken jaw in a successful title defense against Scott Quigg last March.

Valdez (25-0, 20 KOs) controlled the 28-year-old’s fifth title defense in the 126-pound division almost from the start at the 12,000-seat indoor football stadium that’s part of team headquarters for the Dallas Cowboys.

Tommasone (19-1) went down twice in the fourth round, and his right eye swelled badly late in the sixth. The 34-year-old proposed to his girlfriend in the ring despite his first loss in Tommasone’s first professional fight outside the 2016 Olympian’s home country.

Before Valdez’s win, Richard Commey (28-2, 25 KOs) took the vacant IBF lightweight title with a second-round technical knockout of Isa Chaniev (13-2). The fight was called 39 seconds into the second round after the second knockdown of Chaniev in that round and the third overall.

Read Next
Victorious Qatar returns to Doha to a “rapturous” welcome
EDITORS' PICK
Get 80% OFF Ignite 2020 Cyber Tickets starting 28 September
Smart poised to turn PH into ‘Smart 5G country’ with nationwide rollout
Duterte meets with Cayetano, Velasco amid speakership issue
Feud is over: Velasco next Speaker on Oct. 14
Water remains our saving grace right now
House to probe Facebook takedown of gov’t accounts
MOST READ
Velasco to take over as Speaker on Oct. 14
Duterte will ask Congress to abolish PhilHealth
Duterte meets with Cayetano, Velasco amid speakership issue
AMLC investigator says De Lima not involved in Bilibid drug trade
Don't miss out on the latest news and information.