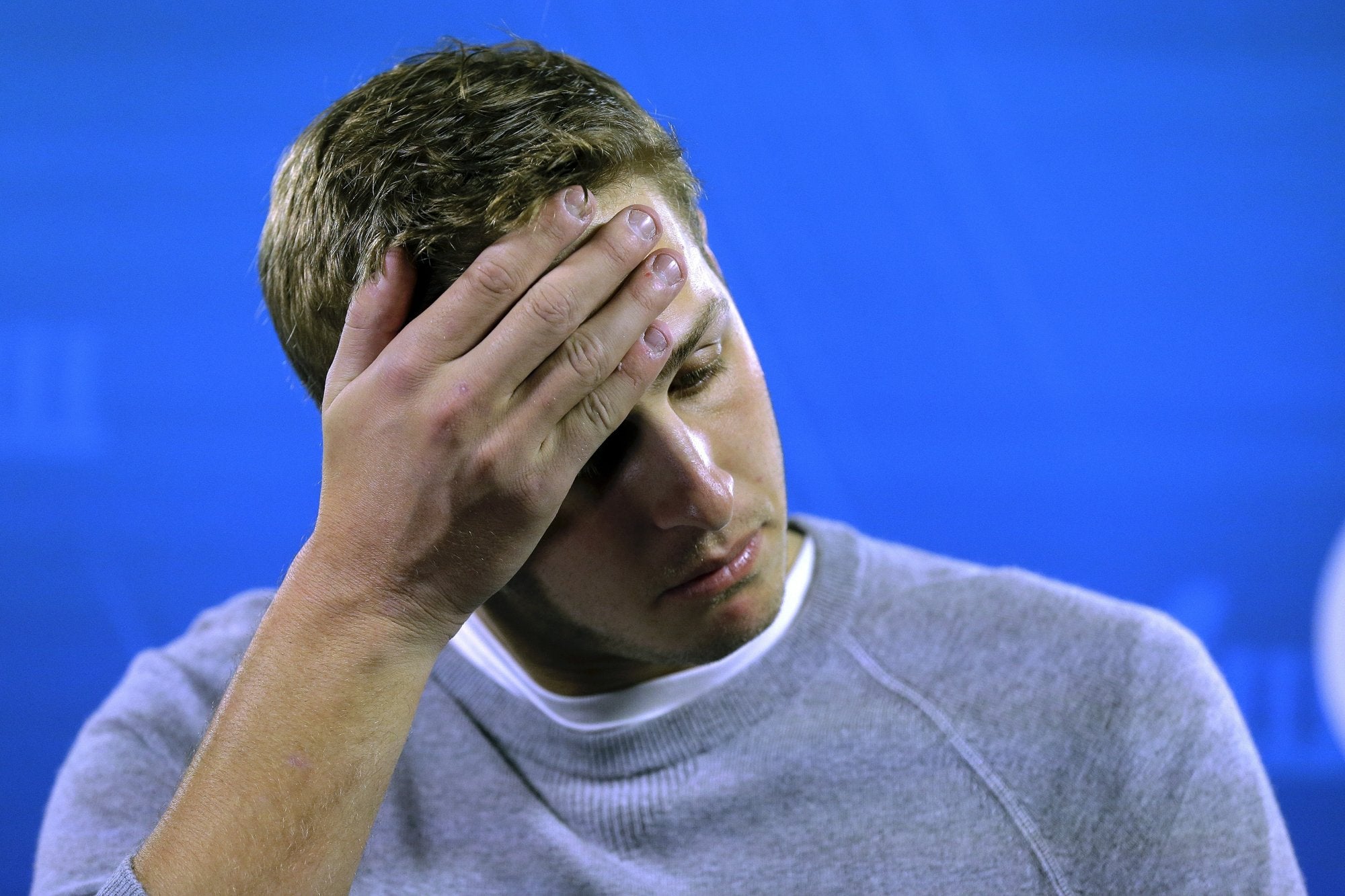 ATLANTA — The NFL should’ve ended the season two weeks ago.

This Super Bowl was a hot mess, really no better than a sloppy preseason game.

Tom Brady and the New England Patriots captured their sixth championship Sunday night, an amazing accomplishment that was overshadowed by the ugly way they won it against the stunningly inept Los Angeles Rams.

No, this was instantly forgettable.

The only touchdown finally came when the game was 53 minutes old, the Patriots reaching the end zone on Sony Michel’s 2-yard run after one of the few offensive highlights — Brady’s niftily threaded ball to Rob Gronkowski with three defenders around, resulting in a 29-yard play.

It was the only time all evening that either team reached the red zone.

That brief burst of offense was enough to carry the Patriots to a 13-3 victory , but this game will be remembered as an unworthy finale to a thrilling season. Certainly not in the same league as that pair of captivating games we witnessed on conference championship weekend. Not even close to the Super Bowl classics that capped off the last two seasons

Those represented the NFL at its HD best.

The latest Super Bowl should’ve been broadcast in black and white.

“You’ve got to grind it out and find a way,” said Brady, delivering a drab quote that perfectly fit the occasion.

Stephen Gostkowski clinched it for the Patriots, barely guiding a 41-yard field goal inside the left upright with 1:12 remaining to make it a two-score game.

The last thing anyone needed was the Rams having any chance to send this monstrosity to overtime.

Taking nothing away from a stout defensive effort by both teams, this lackluster affair seemed more the result of two offenses that never found their footing — especially the youthful Rams and their 24-year-old quarterback, Jared Goff.

There were plenty of silly mistakes, the kind of plays you normally see when teams are working through the kinks coming of training camp. Both teams were flagged for having two men in motion at the same time. The Rams were penalized for a false start when lined up on second down needing less than a yard. One of their better plays was negated by a holding penalty. They even got caught with too many men on the field.

With just over a minute to go, after the Rams were called for yet another holding penalty, the press box announcer summed it up best after accidentally leaving his mic on.

“Ughhhhhhh,” he moaned, snapping the assembled media out their slumber.

It was the lowest-scoring game in Super Bowl history, eclipsing a 21-point snoozer in 1973 when Miami capped its perfect season with an ugly victory over Washington that had least had a bit of comic relief: kicker Garo Yepremian’s ridiculous attempt to throw a pass.

When Adam Levine ripped off his shirt during the halftime show, it was quickly apparent that tattoos would far outnumber points in the A-T-L.

Come to think of it, Maroon 5 might have benefited the most from this one.

Their lame, off-key performance was probably the highlight of the night.

The Rams needed until deep into the third quarter to finally surpass 100 yards, on a drive that resulted in their only points. Greg Zuerlein booted a 53-yard field goal that tied the game at 3 with just over two minutes remaining in the period, and it looked like Los Angeles might actually have a chance to pull out a game it had no business winning.

After Michel’s TD, Los Angeles gave itself one more chance. Driving briskly into New England territory, the Rams had first down at the 27 when Goff lofted a pass toward the right pylon with Brandin Cooks breaking into the clear. But Patriots second-string safety Duron Harmon, in the game after Patrick Chung sustained what looked to be a broken arm, came flying over to level Cooks just as the ball was slipping through the receiver’s hands at the goal line.

Cooks conceded afterward that it was a catch he should’ve made, but he was hardly alone in that category.

On the very next play, Huron came at Goff on a blitz. The young quarterback flinched with the safety in his face, wobbling up a pass that was easily picked off by Stephon Gilmore.

New England drove the other way for the clinching field goal.

With eight seconds remaining, the Rams sent on Zuerlein to attempt a 48-yard field goal, knowing the only remote chance they had to force OT was to get three points, pull an onside kick and heave a desperation pass toward the end zone on the final play.

Zuerlein was money all season, and especially in the NFC championship game against the New Orleans Saints, when he tied it up with a 48-yard field goal and won the game in overtime with a booming 57-yard effort.

This time, Zuerlein’s kick sailed wide left of the upright.

Brady kneeled down one more time and it was over.

Disney officials dutifully announced that Brady and MVP Julian Edelman would be visiting the Magic Kingdom on Monday.

The folks at Mickey Mouse Land might want to reconsider their offer.

It’s probably best to just forget this stinker of a Super Bowl.