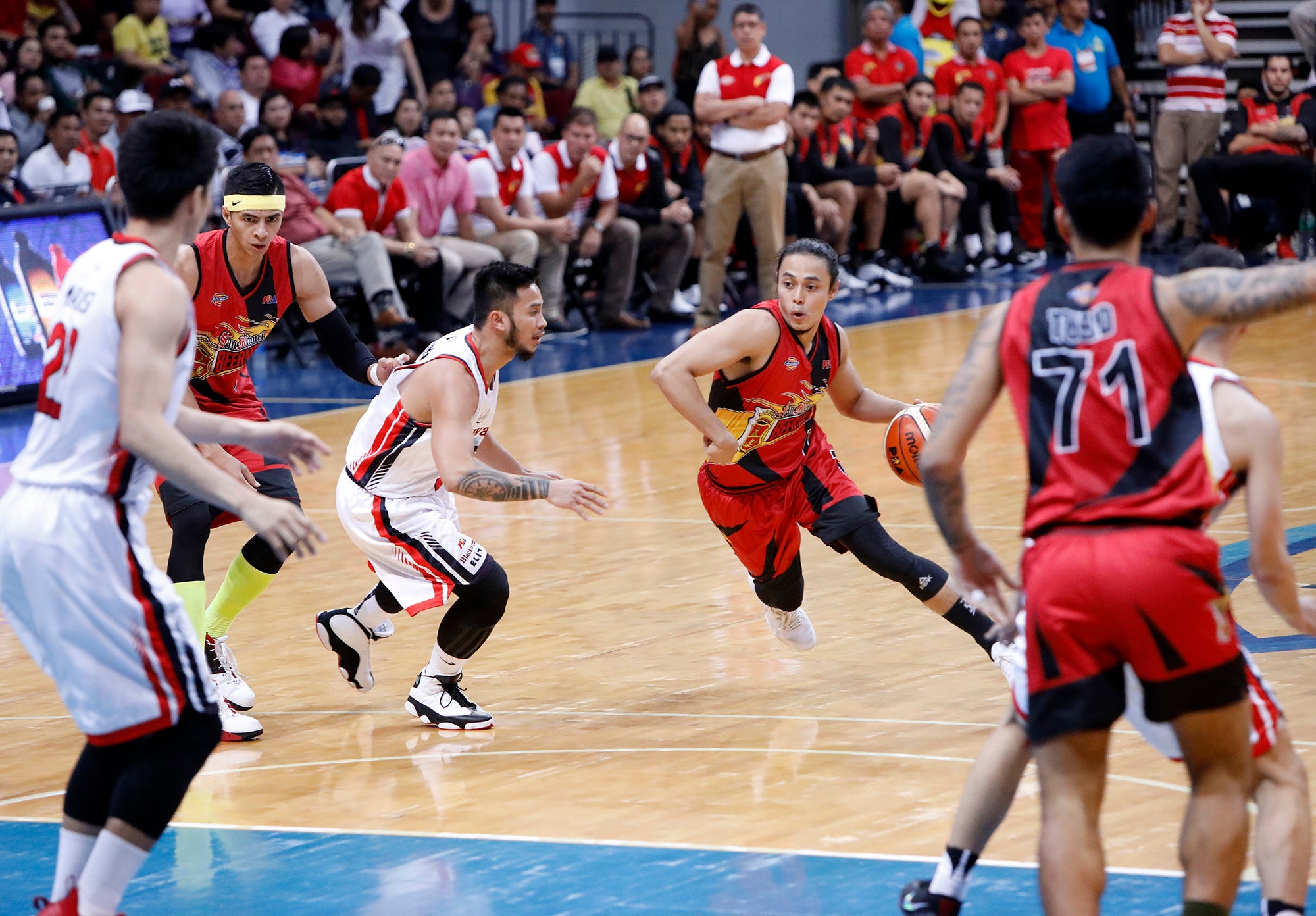 MANILA, Philippines—San Miguel got out of its slump and flexed its championship muscle on Blackwater, 93-79, in the PBA Philippine Cup Wednesday at Mall of Asia Arena.

The Beermen, who are gunning for a fifth straight Philippine Cup, snapped their two-game skid to get to a 3-3 record and jump from eighth all the way to a share of the fourth spot with TNT.

Things were still neck-and-neck in the early parts of the third quarter with both teams trying to wrestle control from a 50-50 tie.

That was when the defending champions kicked it to high gear with quick 8-0 run that Terrence Romeo capped off with a three-point play to give the Beermen a 58-50 lead halfway through the third period.

“It was a good win for us and this will serve as a morale-booster for us,” said San Miguel head coach Leo Austria. “Every game for us is important and we all know that there are only two teams who’ll get a twice-to-beat advantage and right now, mathematically, we still have a chance.”

June Mar Fajardo was flat out dominant for the Beermen with 20 points, 21 rebounds, five assists, and four blocks.

Chris Ross also filled up the stat sheets for the Beermen with 14 points, seven rebounds, two assists, and two steals.

“I’m happy to see the players prevail, well their pride was the one that prevailed here,” said Austria. “Even though the game was already decided the effort was still there.”

Roi Sumang led the Elite, who dropped to 1-4 record, with 17 points, five rebounds, and six assists.