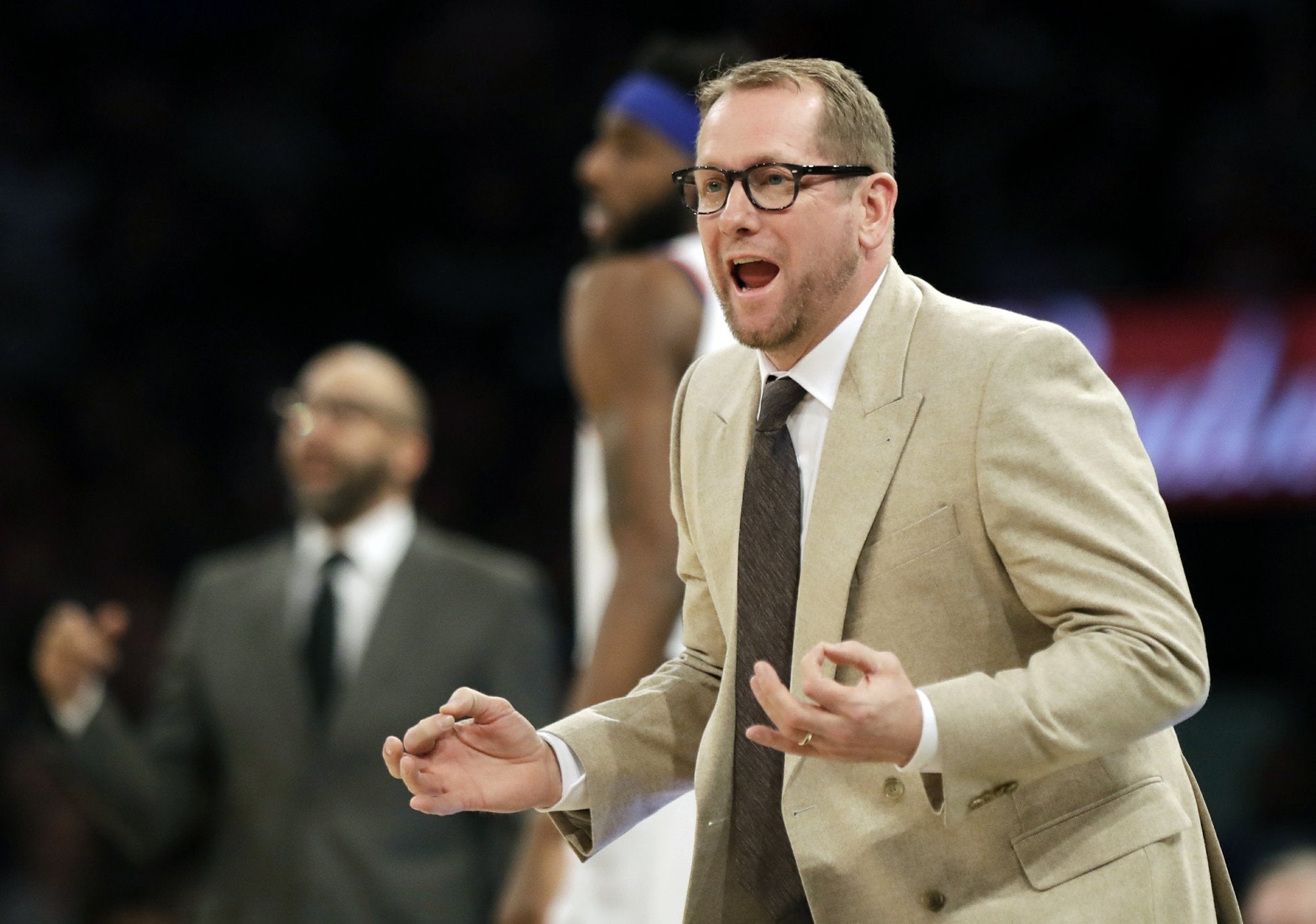 Toronto Raptors head coach Nick Nurse reacts to a call during the first half of an NBA basketball game against the New York Knicks, Saturday, Feb. 9, 2019, in New York. (AP Photo/Frank Franklin II)

Toronto Raptors coach Nick Nurse says a handful of deals at the trade deadline could tip the NBA’s balance of power to the already-tough Eastern Conference.

Toronto added Marc Gasol to counter moves sending Nikola Mirotic to Milwaukee and Tobias Harris to Philadelphia. But because of the schedule, the Raptors won’t face either team again until the playoffs — which could mean adjusting on the fly.

“Hopefully, we’re versatile enough . to play a lot of different lineups and put some of our guys in different positions,” he told PodcastOne Sports Now hosts Jim Litke and Tim Dahlberg. “But that’s been the goal all season.”

Also in the episode: AP’s Andrew Dampf weighs in from skiing’s World Cup in Are, Sweden, on the just-retired and almost- unbreakable Lindsey Vonn.