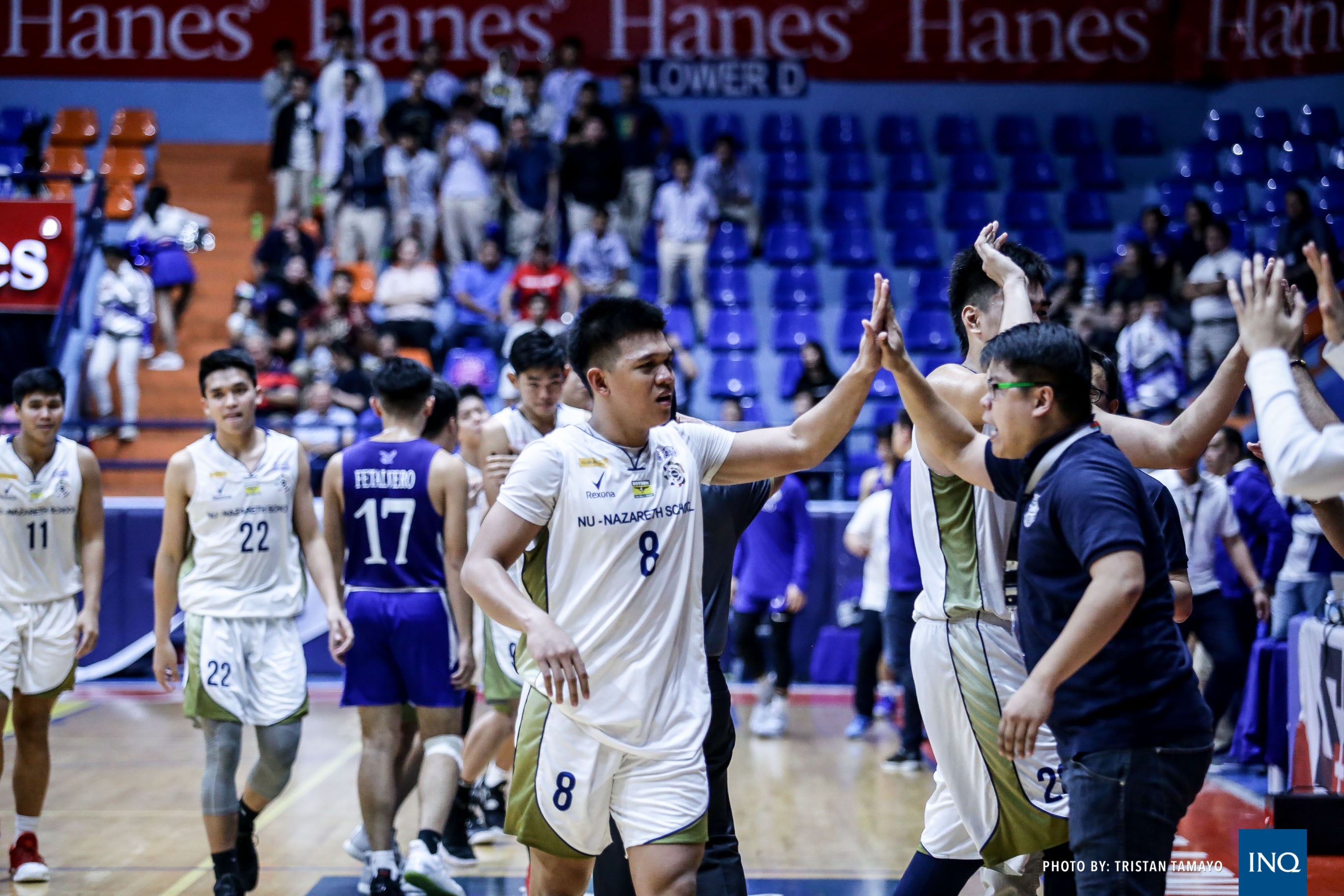 MANILA, Philippines—Nazareth School of National University is back on the throne after its sweep of Ateneo, culminating in a 64-53 Game 2 win in the UAAP Season 81 juniors’ basketball finals Friday at FilOil Flying V Center.

The Bullpups vacated the throne room for three years after winning the title back in 2016 with Justine Baltazar and John Lloyd Clemente spearheading the team.

It was still a tight contest midway through the fourth with NU holding on to a slim 50-49 lead with 6:41 to play.

Slowly but surely, the Bullpups built a lead and Terrence Fortea’s three made it an eight-point game, 59-51, with 2:31 left in the game.

Things got bad to worse for former champion Ateneo when Forthsky Padrigao went down with a knee injury at the same time as Fortea made his gutsy triple.

Carl Tamayo put up a 13-point, 10-rebound double-double for the Bullpups while Cyril Gonzales added his own line of 10 points and 10 boards.