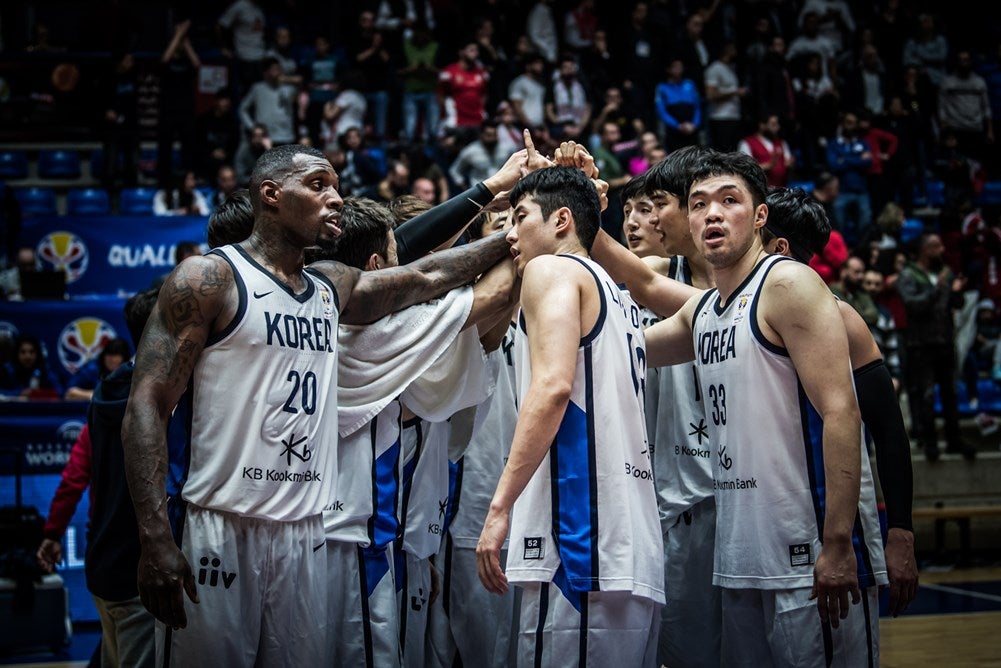 Ricarde Ratliffe and the rest of the South Korea national team huddle up after beating Lebanon. Photo from Fiba.com

The Philippines booked a return trip to the Fiba World Cup after beating Kazakhstan on Sunday led by Andray Blatche, who erupted for 41 points that went with 13 rebounds, three assists, four steals and two blocks.

READ: Blatche has 41, Gilas back in Fiba World Cup

Ironically, Gilas Pilipinas wouldn’t have booked a ticket to China had it not been for its longtime rival and tormentor Korea and a familiar name in Ricardo Ratliffe.

The Philippines was among the last three teams fighting for the last two slots in Asia as it came into the game against Kazakhstan tied with Jordan and Lebanon with identical 6-5 records.

For Gilas to qualify for the World Cup, it had to beat Kazakhstan and hope either one of Jordan, Lebanon or Japan fail their final assignments.

As expected, Japan, the hottest team in the qualifiers, demolished Qatar by 48 points to end the qualifying tournament with eight consecutive wins. Jordan also went on to beat New Zealand, which had nothing to play for as one of the early teams to qualify.

Korea ended up doing the Philippines a huge favor by defeating Lebanon, 84-72, thanks in large part to former PBA import Ratliffe, who had a couple of stints for the Purefoods franchise in 2016 and 2017.