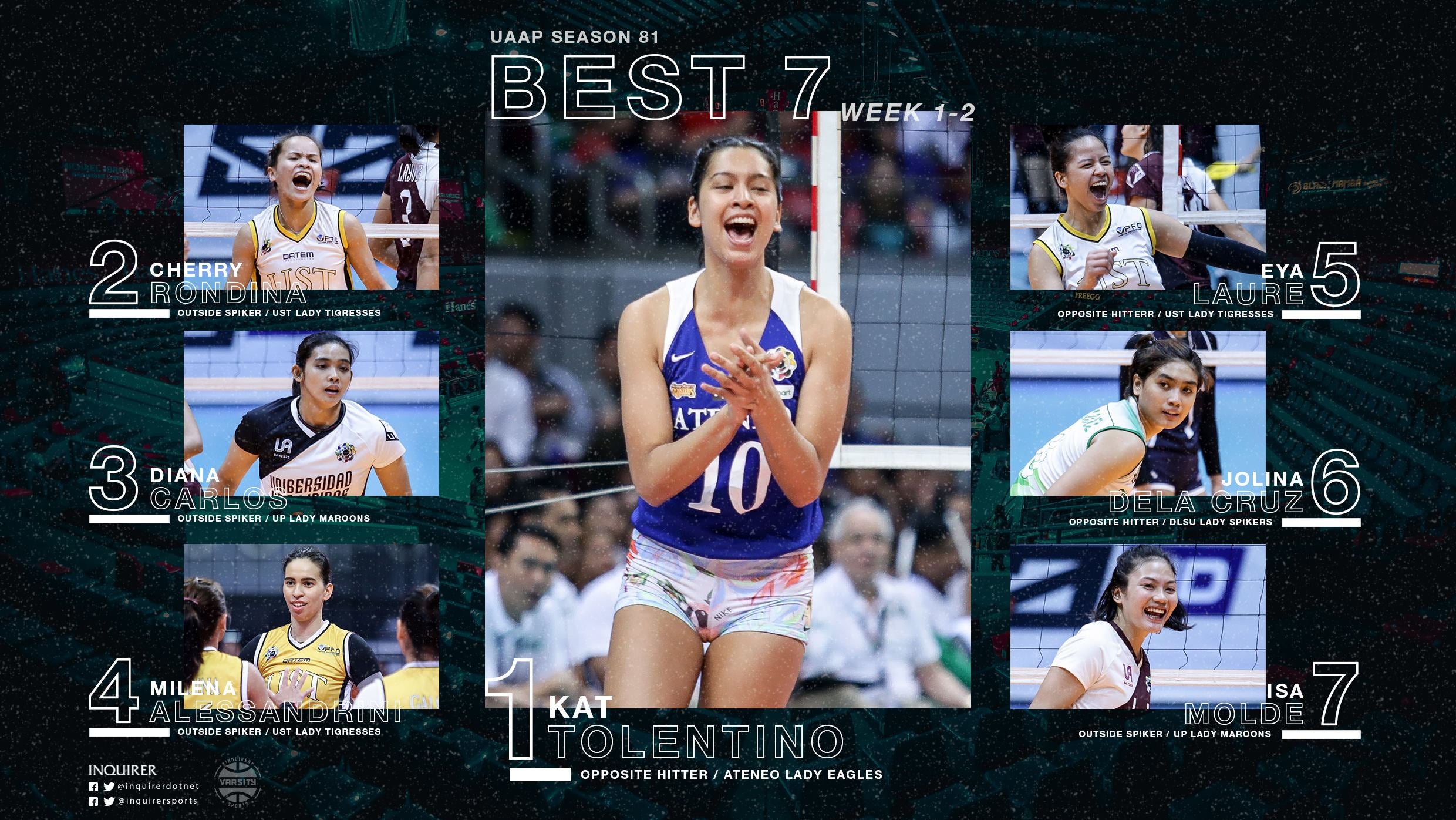 The UAAP’s most anticipated sport in the second semester is two weeks in and the action did not disappoint.

Defending champion De La Salle is holding fort on the top seed with a 2-0 record while University of Santo Tomas, University of the Philippines, and Ateneo are all knocking at the gates with identical 2-1 cards.

It’s still early in the UAAP Season 81 women’s volleyball tournament, but some players wasted little time in showcasing their chops. She’s not called “Big Kat” for nothing.

Kat Tolentino was Ateneo’s talisman for the first two weeks of the competition and she made it known that she’s a force to be reckoned with this year having totaled a league best 57 points after three games.

After a small hiccup against De La Salle in Ateneo’s first game of the season, the Lady Eagles have since racked up two straight wins against UST and last year’s runner-up Far Eastern University wherein Tolentino showed her prowess. Cherry Rondina doesn’t have to do everything for UST this time, but the “Cherry Bomb” remains explosive as ever.

UST’s captain is the second-leading scorer behind Tolentino with 54 points and has been consistent throughout the first three games for the Golden Tigresses.

Rondina scored 17 points in the two UST wins before tallying 20 in a losing effort against Ateneo as she tried to cover up for some offensive lapses by her team.

Needless to say, Rondina’s production is still in the upper echelon of the league despite having major support from rising stars Milena Alessandrini and Eya Laure.

3. Diana Carlos (University of the Philippines, outside spiker) 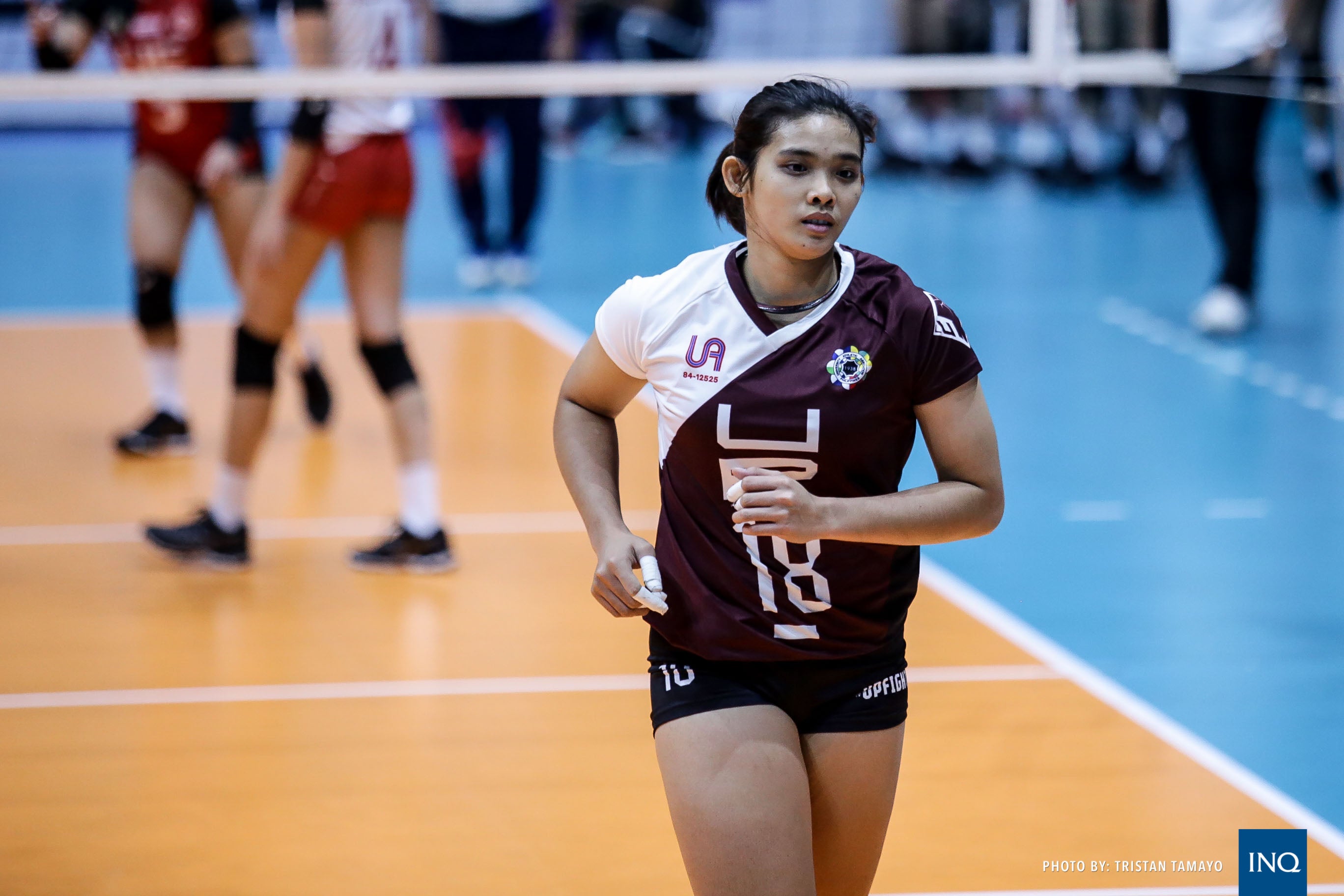 She’s the skipper of University of the Philippines and she’s showing why everything goes through her.

Diana Carlos is the emotional leader of the Lady Maroons and she’s displayed her offensive abilities by taking the third spot in the Best Scorers table with a total of 52 points.

Interestingly, Carlos is similar to Rondina in the sense that she’s produced the most points in a loss. It’s already mentioned that Rondina got some help in Season 81, and the first of whom was reigning Rookie of the Year Milena Alessandrini.

The second-year hitter already showed promise back in Season 80 but she missed a chunk of the tournament due to injury, but she’s now in full health to help the Golden Tigresses.

Alessandrini is tied with another Golden Tigress in the fourth spot of the Best Scorers table but she got the higher nod in this list due to her brilliant turnaround from being pedestrian against Ateneo to being a speedster UST’s win against UP.

After scoring just 10 points in UST’s loss to Ateneo, Alessandrini erupted for 22 points in the Golden Tigresses’ victory against the Lady Maroons. 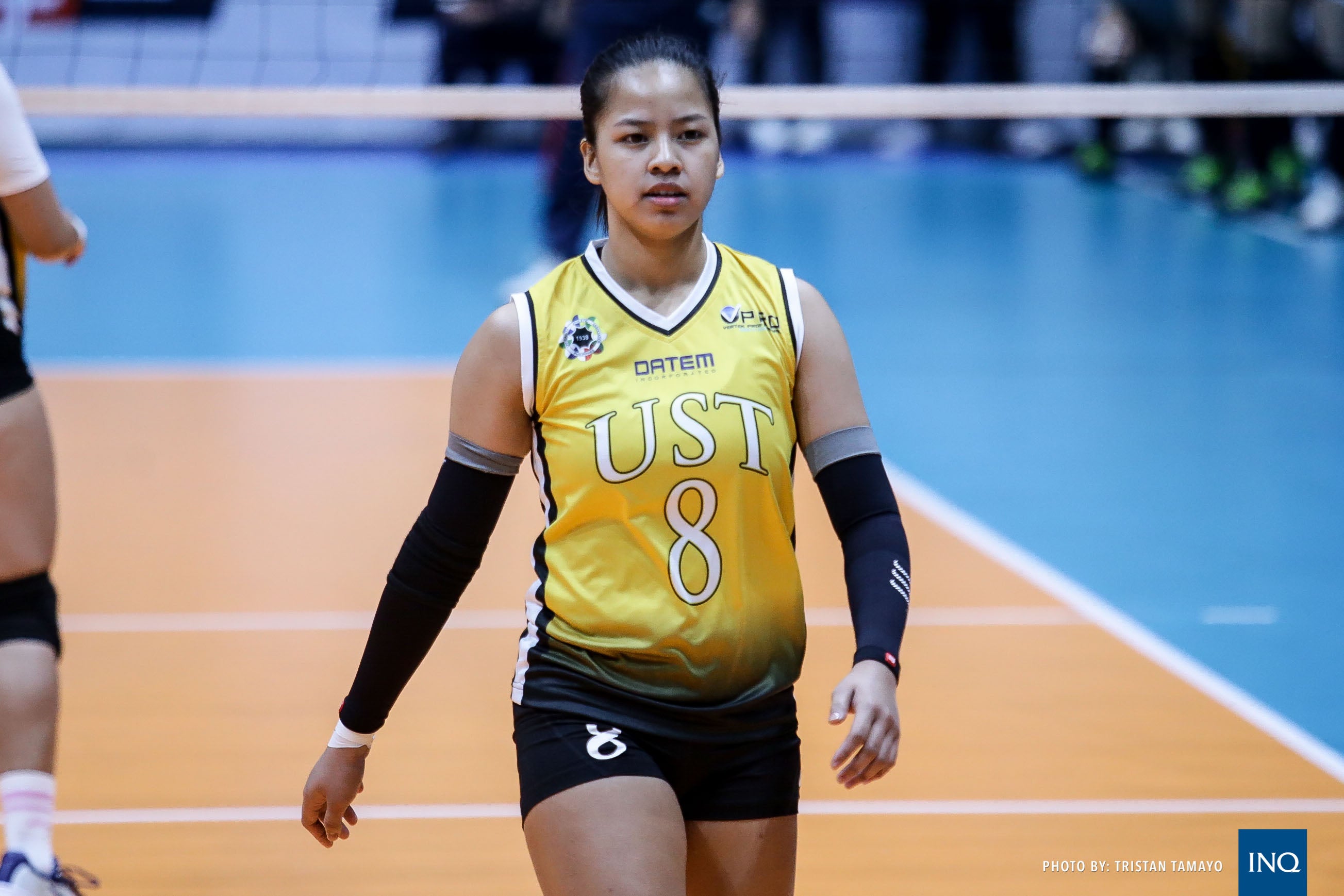 It’s safe to say that Eya Laure has lived up to the hype.

Tabbed as a frontrunner for the Rookie of the Year plum even before the start of the tournament, Laure has shown that she can dance with the big girls.

Laure was a winner of multiple awards in high school including the MVP and the Rookie of the Year and she’s so far translated that talent into the collegiate game.

She’s tied with Alessandrini and UP’s Isa Molde at the fourth spot of the Best Scorers ladder, and she’s got to this level through sheer consistency and versatility.

Laure’s lowest production in her first three games in the collegiate level is 12 points and that was in UST’s loss to Ateneo while her other games saw her put up 18 and 17 points.

She’s also seventh in the Best Blockers category with an average of 0.62 kill blocks per set and fourth in the Best Spikers table with a success rate of 33.94 percent. Filling in the shoes of Kianna Dy is no small feat for a new Lady Spiker but rookie Jolina Dela Cruz has shown the moxie needed to make a name for herself in the illustrious De La Salle program.

Dy was a one-time Finals MVP and owner of three titles with her role as La Salle’s opposite hitter for five years looming over anyone who would eventually take her place but Dela Cruz, well for the first two games, has shown she’s ready.

With 17,166 fans watching her at Mall of Asia Arena, Dela Cruz displayed utter calm in an atmosphere that would easily rattle and break anyone let alone a rookie.

7. Isa Molde (University of the Philippines, outside spiker) 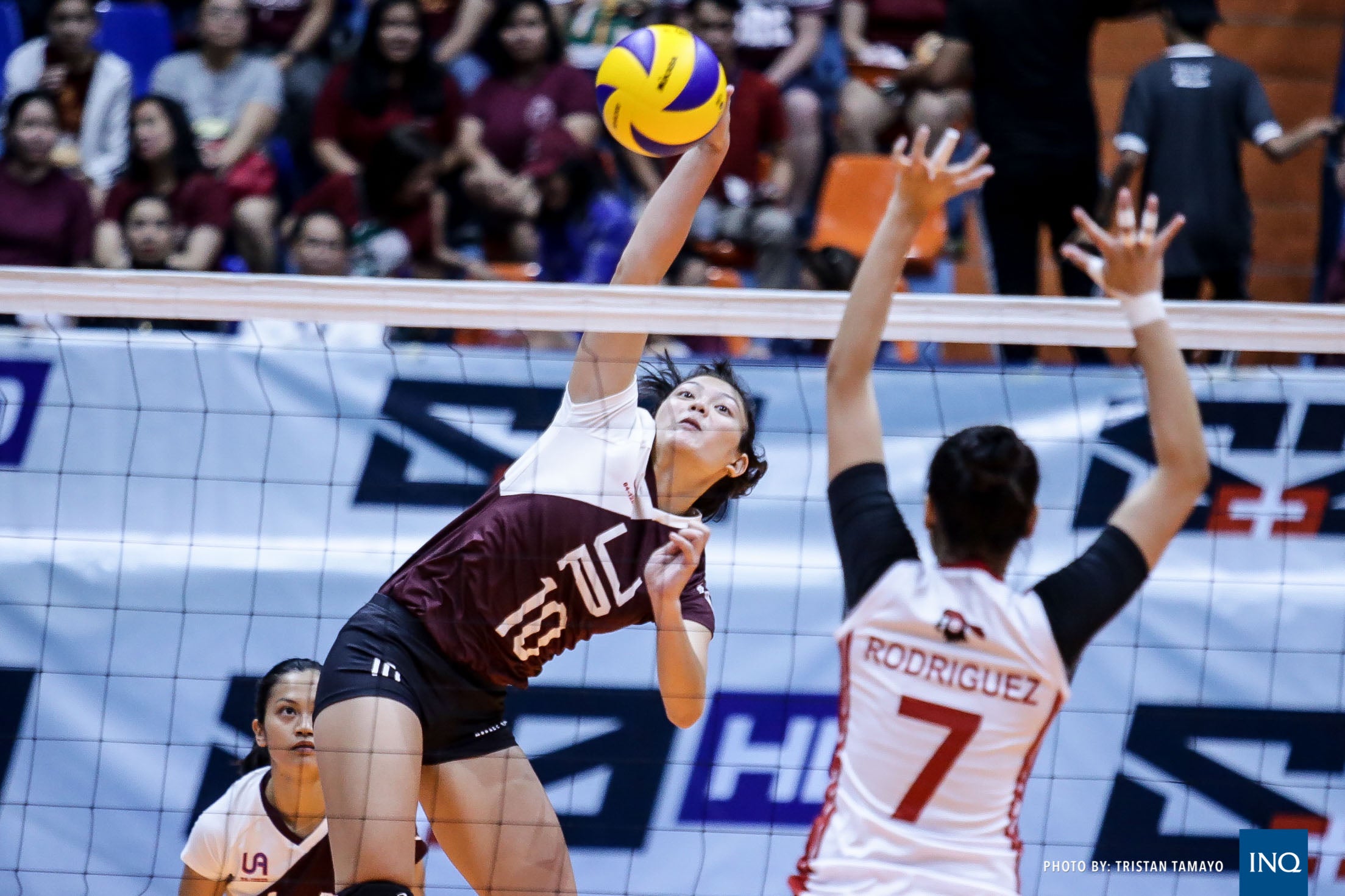 Carlos and Molde are UP’s star pairing but there are times when Molde would take a backseat to the more physically imposing Carlos.

Still when the occasion calls for it, Molde is not shy to deliver the punishment.

Molde had a couple of games wherein she scored 11 and 13 points, solid production but not entirely explosive, but her season debut was utterly brilliant.