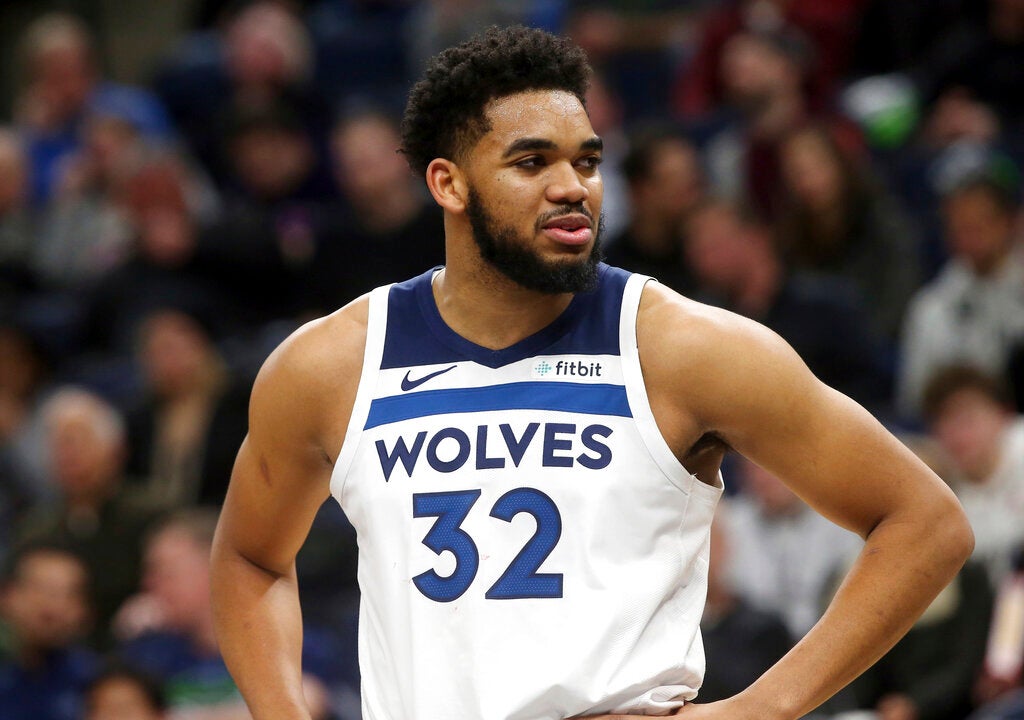 FILE – In this Wednesday, Jan. 30, 2019 file photo, Minnesota Timberwolves’ Karl-Anthony Towns plays against the Memphis Grizzlies in an NBA basketball game in Minneapolis. All-Star center Karl-Anthony Towns has been cleared to return to the Minnesota Timberwolves following a highway automobile crash he called himself fortunate to have escaped alive. Towns spoke to reporters Monday, Feb. 25, 2019 before Minnesota’s game against Sacramento. (AP Photo/Jim Mone, File)

MINNEAPOLIS — Karl-Anthony Towns was in the passenger seat on his way to meet the Minnesota Timberwolves at the airport when a semitruck slammed into the back of the vehicle at what he estimated was between 35 and 45 mph.

As soon as the medical exam confirmed the injuries were minor, the two-time All-Star center quickly began thinking about whether he could still join his team in time for the next game. He knew he was fortunate, though, to have escaped the crash at all.

“I’d say I had a 5 percent chance of making it out alive,” Towns said Monday before Minnesota’s game against Sacramento. He added: “I probably should not have made it out like I did, but I’m glad I did.”

As are the Timberwolves, of course, and his family.

“You obviously want to make sure KAT the person is taken care of,” coach Ryan Saunders said, confirming that Towns would play against the Kings. “That’s definitely put ahead of KAT the basketball player.”

Assistant strength and conditioning coach Kurt Joseph was driving Thursday when he had to make a hard stop on Interstate 35W in Minneapolis to account for an accident in front of them. Towns said he recalled Joseph looking “stone-faced” while remarking that the semitruck he saw in the rearview mirror was not slowing down.

“If I don’t have that seatbelt,” Towns told reporters , “I’m going right through the windshield.”

Towns declined an ambulance ride at the scene. He acknowledged downplaying the doctor’s advice upon departure from the hospital to take it easy, immediately contacting the Timberwolves about a commercial itinerary that could get him to New York in time to play Friday against the Knicks. Towns called his sister with the news, opting to send his parents a text message to avoid exposure to their anxiety about his condition.

He exhibited some concussion-like symptoms, so per league protocol, Towns was held out of that game and again Saturday at Milwaukee. That ended his streak of 303 consecutive games started, the longest to start an NBA career since 1970-71.

Being present at the arena was ultimately more important to Towns than resting on his own.

“I’m not a guy to stay back to watch them work. I want to be there in person. I want to high-five them coming off the court. I want to scream for them. I want to do everything I possibly can to be the best cheerleader I can possibly be,” Towns said.