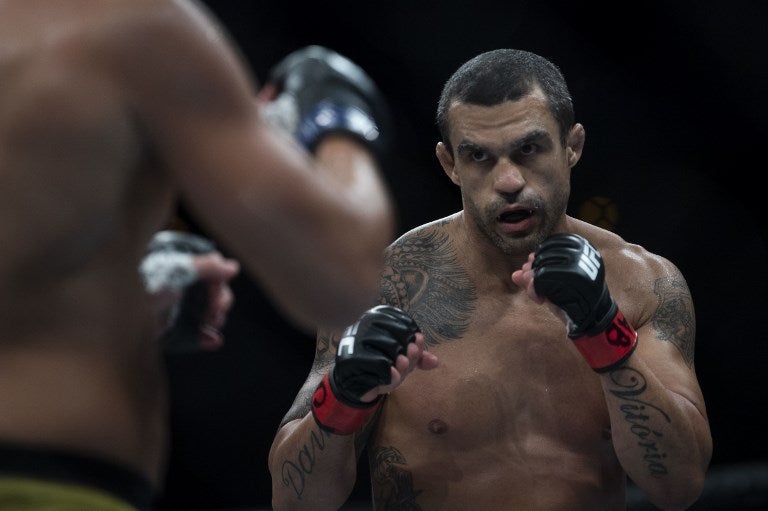 MANILA, Philippines—Mixed martial arts legend Vitor Belfort has signed with ONE Championship in what can be described as one of the biggest acquisitions for the promotion.

Belfort (26-14) is one of the most iconic MMA fighters in the world and was a one-time UFC light heavyweight champion.

ONE Chairman and CEO Chatri Sityodtong announced the acquisition of Belfort on Twitter.

“it is with great pleasure and honor that I welcome Vitor Belfort into the ONE Championship family,” said Sityodtong in a statement,” said Sityodotong. “Vito is, hands down, one of the biggest names in mixed martial arts.”

“He is a legend across the world, and we are thrilled to have him as ONE expands into South America. A World champion in multiple divisions, Vitor is a massive addition to our ever-growing roster of ONE Championship athletes,” added Sityodtong.

BREAKING NEWS: I am thrilled to announce that UFC Legend Vitor Belfort is now a ONE Championship athlete! A former UFC Heavyweight and Light Heavyweight World Champion, Vitor holds the record for the most KOs in UFC history as well as the 2nd most finishes. #WeAreONE pic.twitter.com/Sbf15KPPua

Belfort, who holds the record for most knockouts in UFC history with 12, said he’s grateful to have witnessed the growth of the sport and that he plans to one day hold a title strap in ONE Championship.

“I have been in this sport since I was 19-years-old, and have been fortunate enough to witness its growth and evolution firsthand,” said Belfort, 41.

“ONE Championship is the Home of Martial Arts and I plan to become a ONE World Champion in front of some of the best martial arts fans in the world.”