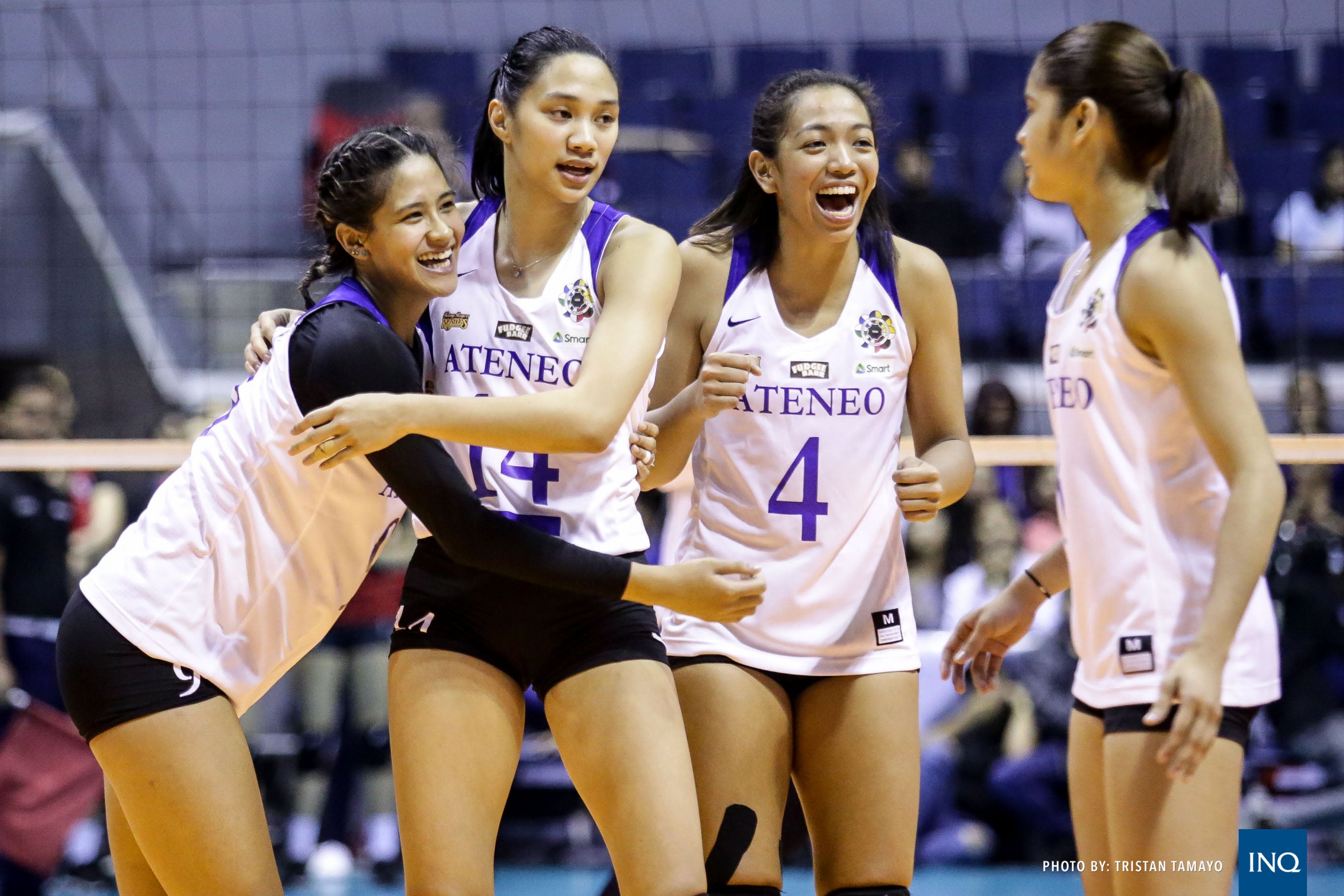 MANILA, Philippines—Streaking Ateneo is showing no signs of slowing down.

The Lady Eagles have racked up three straight wins with their latest victory via straight sets against University of the East, 25-15, 25-21, 25-16, to get a share of the top spot of the UAAP Season 81 women’s volleyball tournament.

Team captain Bea De Leon, who’s had an off offensive game in he first three games, settled comfortably in Ateneo’s scoring scheme and she said that she’s just one of the Lady Eagles who is trying to keep this streak going.

“We’re taking this league one game at a time,” said De Leon Sunday at Smart Araneta Coliseum. “We have to really prepare hard for every team like UE because we’ve seen them improve so much especially in the floor defense with [Kath] Arado.”

With the win, Ateneo tied University of the Philippines and defending champion De La Salle atop the standings with 3-1 slates.

“We really prepared for them and we’re not underestimating anybody, that’s our mindset and we’re always thinking that every team has a big chance this year.”

De Leon had her best scoring game this season with eight points after averaging a pedestrian 5.7 points per outing in her first three matches.

The outgoing Lady Eagle also had an efficient offensive rate on the floor converting on eight of her 12 spike attempts including the one kill that finished off UE in the third set.

“You guys saw what my output was in the past three games, it wasn’t where I needed it to be,” said De Leon. “I thank coach Oliver (Almadro) for giving me the confidence.”

“He always tells me not to worry because the struggle is part maybe because this is my last year and I overthink to do my best.”