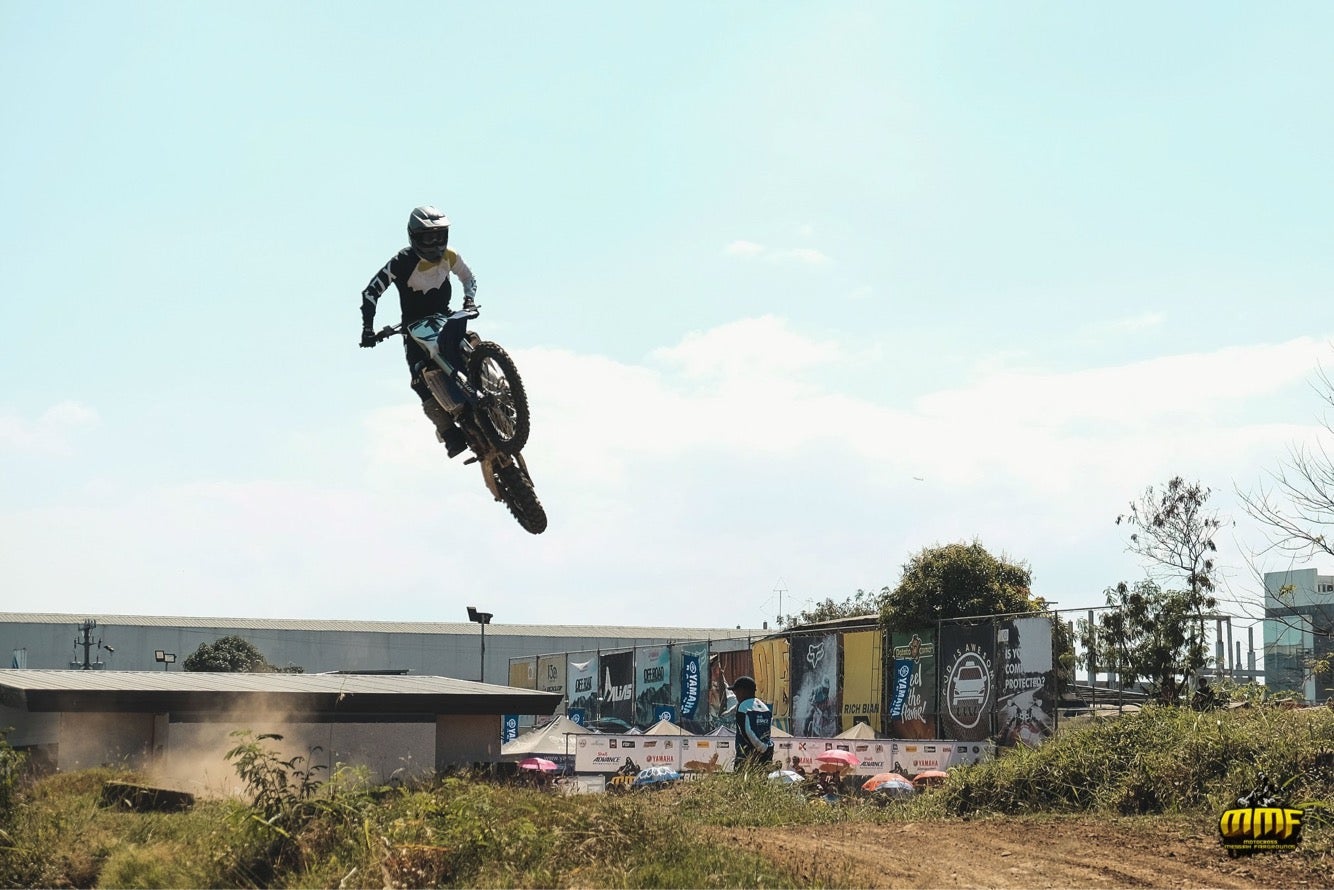 Bornzkie Mangosong never looked back after winning the holeshot to grab his second straight victory in Round 2 of the MMF Supercross Championship Shell Advance Pro Open Production at the MX Messiah Fairgrounds in Taytay, Rizal.

Unlike in the first round, the 27 year-old Mangosong rode trouble-free to repulse the challenge of Ralph Ramento and Mitch Rivera, who settled for second and third places, respectively.

Regarded as the country’s top rider, Mangosong, a native of Davao City, thrilled the adoring crowd with his adept handling of his Yamaha 450 YZ450F.

Gabriel, however, topped the Amateur Open Production for all ages, followed by Ace Ligon and John Kenneth Saligao.

The Supercross which is organized by Pastor Sam Tamayo and accredited by the Games and Amusement Board will resume on March 31.

Young sensation Ompong Gabriel, winner of the holeshot in the first round lost his steam and placed fifth. Buboy Antonio finished in fourth place.

According to Tamayo, a former pro rider himself, the rider with the most number of holeshot in the series will receive a set of Dunlop Geomax Motocross Tires sponsored by Dunlop Tires PH, Dunlop Motorcycle Tires PH and TireShakk.

The Open Underbone was won by Jason Sarmiento followed by Renato Hermogeno Jr and Joseph Vazquez.