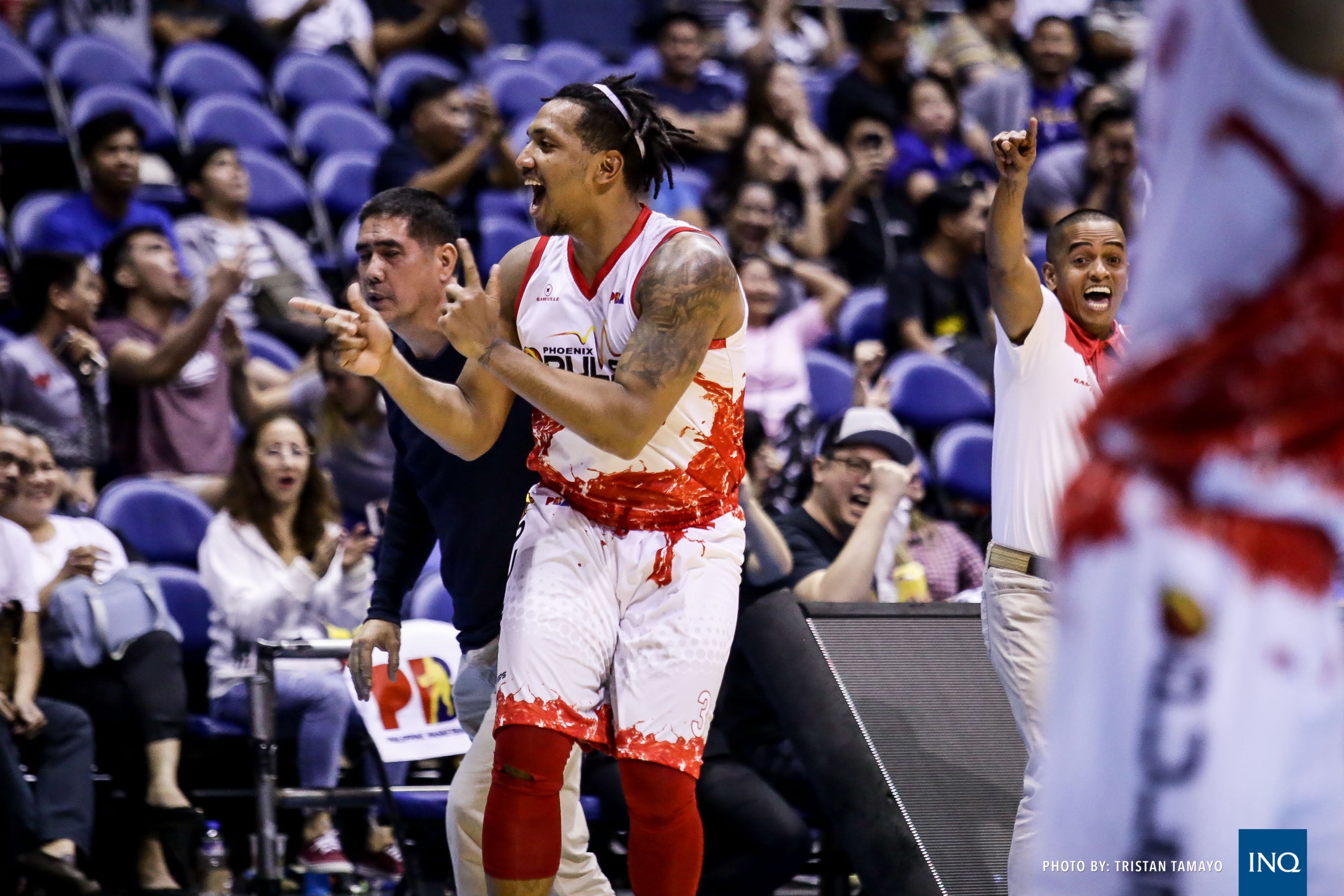 Jason Perkins hit the game-winning triple as league-leading Phoenix rallied to stun Magnolia, 89-87, and close in on a top two spot in the 2019 PBA Philippine Cup Wednesday night at Smart Araneta Coliseum.

Perkins knocked down the go-ahead 3-pointer, 88-87, in front of his team’s bench with 19.1 seconds left to complete the Fuel Masters’ comeback from 17 points down.

“This is the kind of win that we want to see where we show our character,” said Phoenix head coach Louie Alas in Filipino.

The sweet-shooting forward got free in the right corner after the Hotshots opted to double Matthew Wright in the right wing. Wright, who had given the Fuel Masters their first taste of the lead with under a minute remaining after trailing by 17 in the second period, saw his open teammate and set up the game winner.

Perkins, the reigning Rookie of the Year, finished with 12 points and seven rebounds while Wright had 14 points, five rebounds and six assists.

Calvin Abueva, who just bagged the PBA Press Corps Player of the Week citation, continued his stellar play with game-highs of 24 points and 13 rebounds to lead Phoenix, which climbed to 8-1 and moved a win away from securing a twice-to-beat advantage in the playoffs.

Paul Lee nearly won it for the Hotshots after his three-point play gave his team an 87-85 edge with 33.4 ticks to go. Lee and Mark Barroca paced Magnolia with 16 points each.

The Hotshots’ woes continued as they took their fourth loss in five games. They are currently in last place after coming off a championship run in the 2018 Governors’ Cup.

Read Next
Cherry Rondina’s calmer approach works in UST win over La Salle
EDITORS' PICK
EuroMillions Superdraw: A lottery draw unlike any other is coming to the Philippines
Water remains our saving grace right now
‘Justice will be done,’ Duterte assures as he vowed probe on Jolo incident to bare ‘truth’
Current dominant strain of COVID-19 more infectious than original—study
Smart releases Hyun Bin’s second TVC
DOLE: Return of OFWs’ remains from Saudi to be ‘delayed,’ deadline moved to ‘early next week’
MOST READ
Locsin warns of ‘severest response’ if China’s army drills in SCS ‘spill over’ to PH domain
BREAKING: Duterte signs anti-terror bill into law
Duterte tells military: No other president looked at you the way I did
Vico: Cleanup of bidding process saved Pasig gov’t P415M
Don't miss out on the latest news and information.