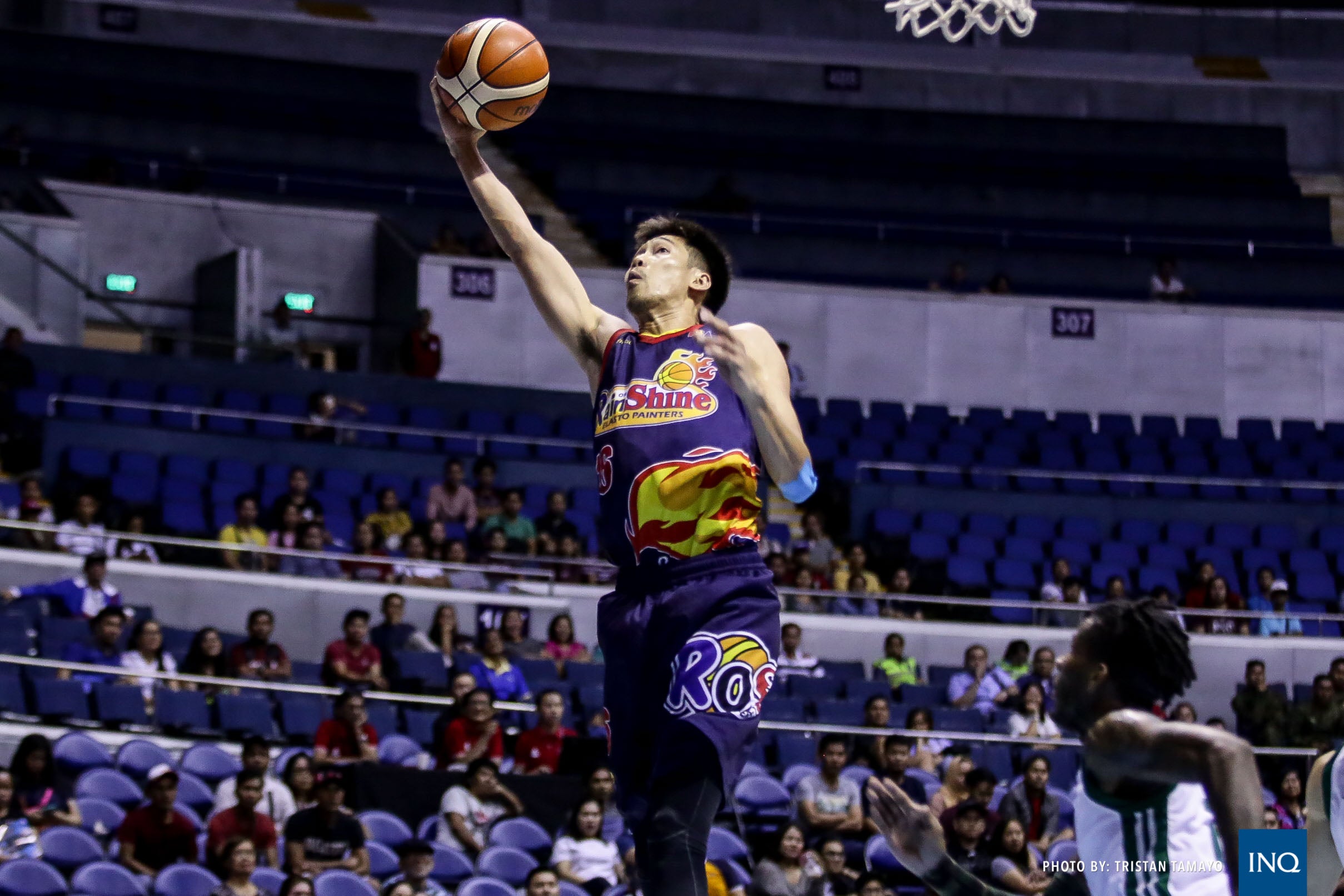 Rain or Shine’s matchup against Columbian has taken an inexplicable turn for the worse—at least from the Elasto Painters’ point of view.

Since last season, Rain or Shine, a perennial darkhorse in any tournament, hasn’t beaten the club that most any team in the PBA would be eager to play against.

“We’re not ourselves,” was all Rain or Shine coach Caloy Garcia could say following an 85-82 loss to the Dyip in the Philippine Cup elimination round on Wednesday night. “Maybe they feel like they match up well against us. They hit big shots toward the end.”

A proud franchise which made its mark bringing down league heavyweights going through a winless spell against a perennial doormat?

“We’re frustrated,” said big man Beau Belga, who only had four points in 26 minutes of action.

“It’s like we’ve never learned our lesson,” Belga added in Filipino. “I actually don’t know what to do. If you were able to see the dugout scene earlier, everyone looked pissed. We thought we had an easier job since we were able to survive the stronger teams.”

Rain or Shine rode into the long break on a five-game winning streak and a solid shot at landing one of two playoff bonuses. That run ended with a loss to TNT and that twice-to-beat cushion is now in grave danger after the loss to Columbian.

Suddenly, it provided the other teams chasing that quarterfinal bonus a wider door.

Defending champion San Miguel Beer is one of those teams. And the Beermen resume their chase for a top two berth when they battle the NLEX Road Warriors on Friday at Smart Araneta Coliseum.

National coach Yeng Guiao returns from a fruitful stint during Fiba’s Asian qualifiers, where he steered Gilas Pilipinas to a World Cup berth, and he will be facing a different set of problems as he tries to pump life into NLEX’s playoff hopes.

Meanwhile, NorthPort (2-3) looks to put a controversial loss to Phoenix behind it when the Batang Pier battle the Meralco Bolts at 4:30 p.m.

The league has since admitted the call was wrong.

Wins become even more crucial at this stretch of the tournament, where a single result can shake up the standings and practically define the makeup of the playoffs.

And the Painters’ situation is the best cautionary tale. Now, every team with three losses or less can take a shot at the Painters’ hold of the No. 2 spot.