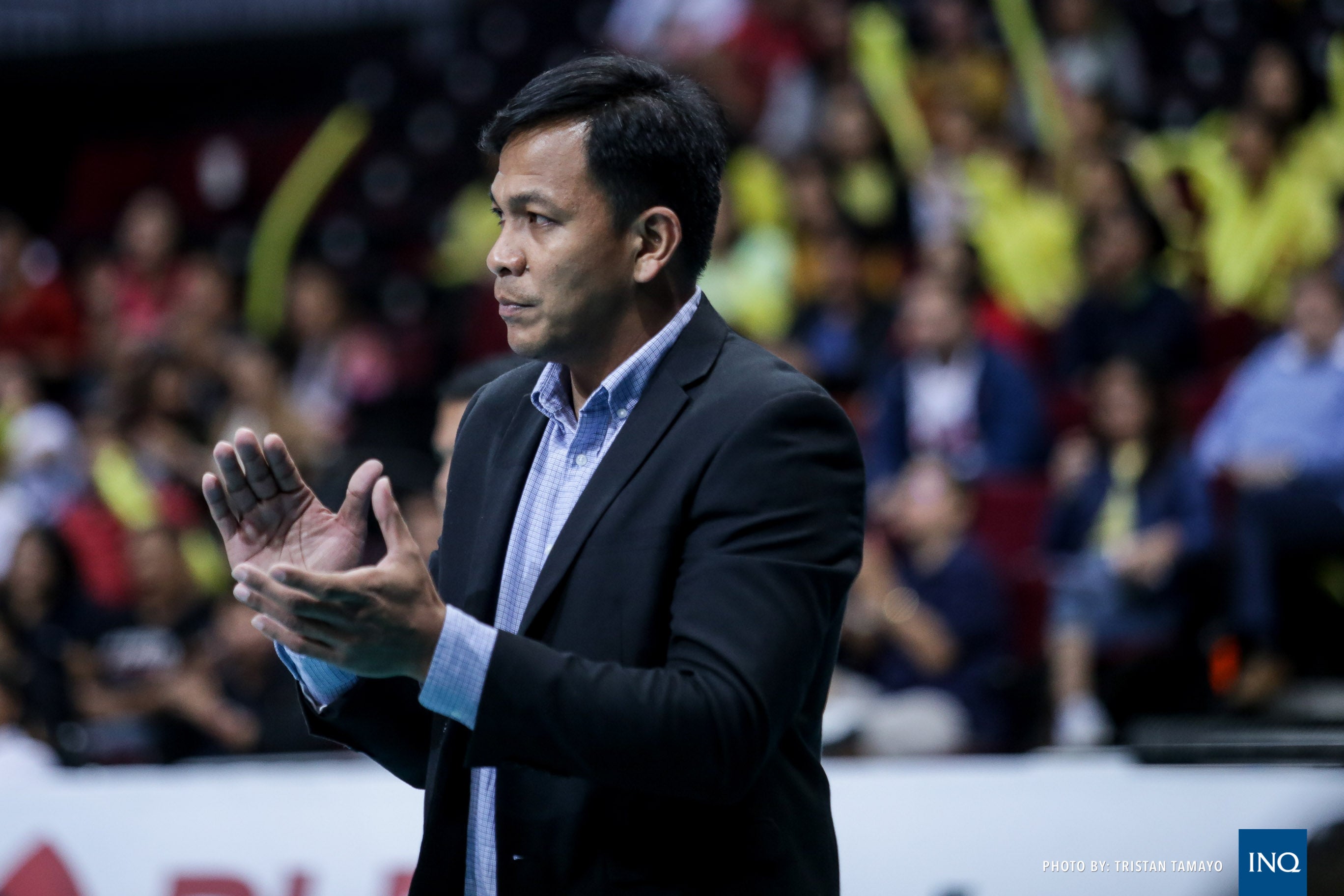 MANILA, Philippines—Larong Volleyball ng Pilipinas is making sure its national team is set for future years to come.

The country’s volleyball national sports association on Thursday announced the pools for the men’s, women’s and under-23 pools that will compete in future international tournaments–rosters that had Shaq Delos Santos expressing his satisfaction.

Delos Santos, the head coach of the women’s team, said his squad has the perfect mix of old and new faces and that’s the area he said would help sustain the program for years to come.

“Actually, that was the plan even before we held the tryouts. The plan was to build a team that has young and old players so there’s a transition and that the program won’t stop if we will play in another tournament,” said Delos Santos in Filipino.

The women’s pool has 22 members in it wherein the players making the final lineup will play in the 2019 Southeast Asian Games.

Of the 22 players, nine had prior experience in the Games while the rest are newcomers including Filipino-foreigners Kalei Mau, MJ Phillips, and Alohi Robins-Hardy.

“Personally, I’m happy with the team because we have the height, the skills, and all we need is international exposure,” said Delos Santos.

Sisters Dindin Santiago-Manabat and Jaja Santiago stand 6-foot-3 and 6-foot-5, respectively, while Mau, Phillips, and Robins-Hardy are all above six feet.

Then, there’s the 5-foot libero Dawn Macandili who was named 2nd Best Libero in the 2017 Asian Women’s Volleyball Championships.

Delos Santos, with his pool set, also has the luxury of a long preparation with the Games, which is set on November 30 here in the Philippines.

The only thing hindering Delos Santos from making a final schedule for their practices are the players’ commitments to their schools. Some of the players are still in college and are playing for club teams.

“We have a long preparation period but of course, at this point, we can’t push on with regular practices and we understand the players’ sides because they still have commitments to their respective teams,” said Delos Santos, who also coaches Petron in the Philippine Superliga.