All about LeBron: Where does the Lakers star go from here? | Inquirer Sports
Close
menu
search

All about LeBron: Where does the Lakers star go from here? 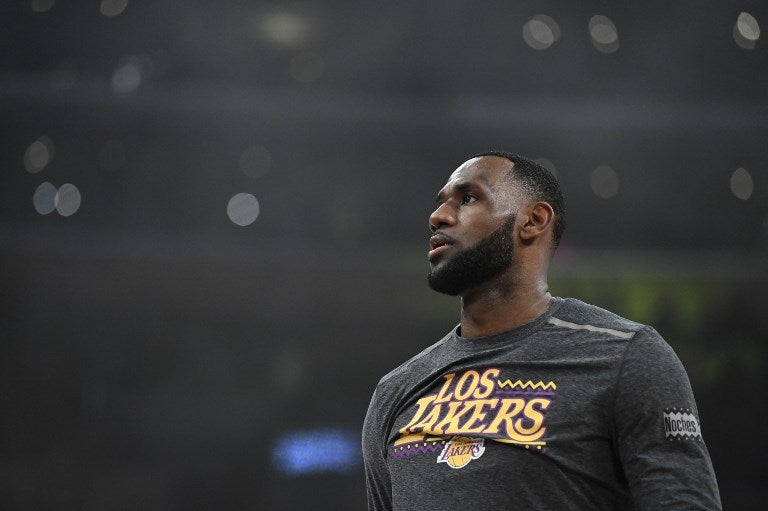 LOS ANGELES, CALIFORNIA – MARCH 06: LeBron James #23 of the Los Angeles Lakers warms up before the game against the Denver Nuggets at Staples Center on March 06, 2019 in Los Angeles, California. Robert Laberge/Getty Images/AFP

The year was 2005. No one had an iPhone. No one had tweeted. Facebook wasn’t part of the mainstream.

And it was the last time the NBA playoffs didn’t have LeBron James.

It will be a very long offseason for James.

It is not what he envisioned, either.

“It’s challenging,” James said of the current state of the Lakers. “But I kind of knew what I was getting myself into.”

That’s not entirely true. He knew it would be difficult but he couldn’t have foreseen anything like this, since the only other losing season of his life came when he was a rookie in 2003-04.

Thing is, he doesn’t possibly know what comes next. No one does. The offseason will see roster change, top free agents to play alongside James will be pursued hard by Rob Pelinka and Magic Johnson, and it will not be a surprise if the Lakers decide Luke Walton isn’t the right coach anymore.

But the key for the 2019-20 Lakers — obviously — is going to be James. The grind of eight straight runs to the NBA Finals is over. He’s about to get six months off to rest, recover, reset, heal, think, plot, prepare. It’s been a long time since that happened, and at this point in his career it might be precisely what he needs.

“Rest is going to help,” said Miami guard Dwyane Wade, one of James’ closest friends. “I think the biggest thing with him is probably mental, the mental break from it. Physically, obviously, he’s getting older but he’s still very good at this game. Look at his numbers. They’re still very good. But he’s been going at it for a long time, so to get away from it and kind of look at it from a different lens, it’ll definitely help.”

It has been proven that setbacks inspire James.

Miami lost the 2011 NBA Finals in his first season with the Heat. Fueled by that, he came back the next year better than ever, and his fingerprints smudged the Larry O’Brien Trophy for the first time in 2012. Cleveland lost the 2015 finals in his first year back there, and he carried that all the way to winning the 2016 title.

Of course, he was younger then.

He’ll turn 35 in December. Next season is his 17th in the NBA. Does he have the ability to engineer the sort of turnaround that LA needs?

Kevin Love, his former Cleveland teammate, has no doubt.

James is still putting up amazing numbers. At 34, he’s on pace to become the oldest person in NBA history to average 27 points, eight assists and eight rebounds. If it happens, he’ll break the record set by 33-year-old LeBron James last season. No other 30-something has finished a season with stats like that.

Still, this Lakers’ season is lost. But Wade warns against expecting the same next season.

“This is definitely going to make him hungrier for what he’s trying to accomplish next year,” Wade said.

This week, he’ll pass Kobe Bryant on another scoring list.

Including playoff games, James now has 39,252 points. That leaves him 31 shy of matching Bryant for No. 3 on the all-time total points list, when including the postseason. Kareem Abdul-Jabbar has 44,154 points including playoffs, Karl Malone has 41,689 and Bryant scored 39,283.

Bryant will remain No. 3 on the regular-season list, though James is on pace to pass him in that department next season.

With the FIBA World Cup looming in China this summer, and with the Americans — set to be coached by Gregg Popovich — not convening for camp until more than three months after the end of the Lakers’ season, it would seem like James would have plenty of time to feel refreshed and ready for a return to game action by then.

There are pros and cons that he’ll consider.

Pros: He’s enormously popular in China, he’s greatly enjoyed playing for USA Basketball before and the chance to be coached by Popovich is going to be a major selling point.

Cons: The tournament goes until Sept. 15, which is not long before the start of NBA training camps, and the Lakers have to go to China for preseason games next fall. Even from Los Angeles, that’s a long flight and it remains to be seen if James would want to make it twice in a relatively short amount of time.

A game to watch each day this week, as the playoff races continue getting hotter:

— Monday, Boston at L.A. Clippers: The Celtics are red-hot, while the Clippers’ Doc Rivers is a major coach of the year candidate.

— Tuesday, San Antonio at Dallas: Spurs are 2-0 against the Mavericks this season, winning those games by a total of nine points.

— Wednesday, Golden State at Houston: The Rockets are simply rolling right now, and are 3-0 against the Warriors this season.

— Thursday, Cleveland at Orlando: The Magic will not go away in the East playoff chase, and are 6-1 since Jan. 31 in home games.

— Friday, Charlotte at Washington: They played a down-to-the-wire game last week, and both teams are fighting for their playoff lives.

— Saturday, Golden State at Oklahoma City: National TV game, and Kevin Durant’s only trip this season back to his old home court.

— Sunday, Philadelphia at Milwaukee: These teams haven’t played since Oct. 24, when Giannis Antetokounmpo did whatever he wanted.