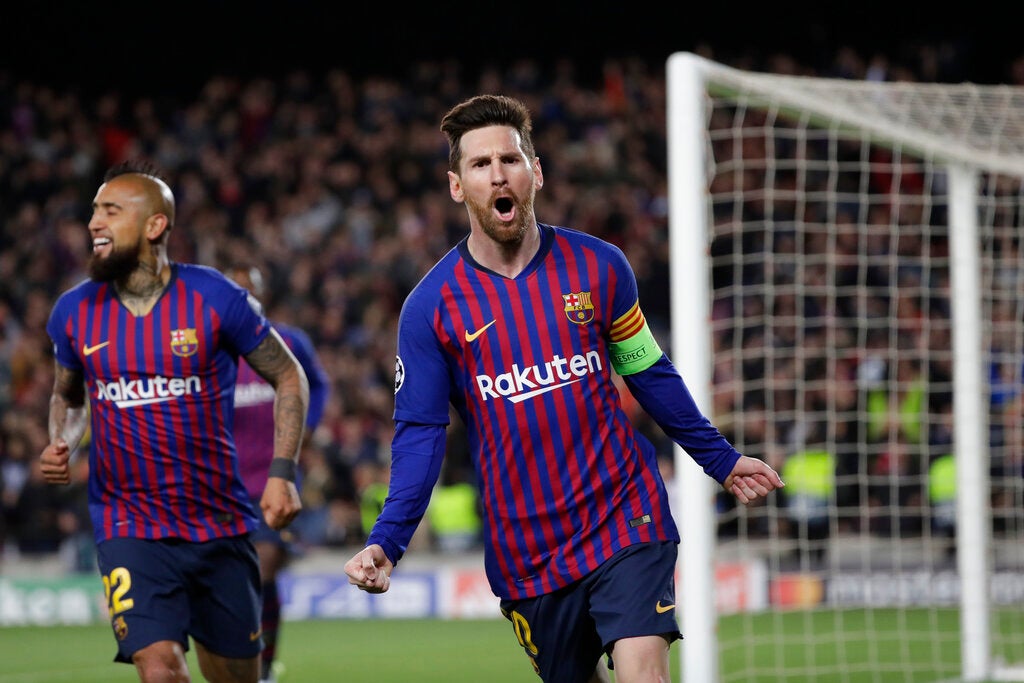 Ronaldo captured the attention of the soccer world on Tuesday when he scored a hat trick to lead Juventus past Atletico Madrid and into the Champions League quarterfinals.

Not to be outdone, Messi responded a day later by scoring twice and providing two assists to turn a balanced matchup against Lyon into a 5-1 blowout.

But while the talent gap between them is almost imperceptible, their public displays remain unmistakably dissimilar.

Ronaldo used an obscene gesture, mimicking a similar one by Atletico coach Diego Simeone during the first leg, after the final whistle of the 3-0 win in Turin.

When asked about his goals, Ronaldo said “that’s why Juventus signed me.”

Messi, in contrast, followed up his outstanding performance by praising Ronaldo.

“What Cristiano and Juventus did was incredible,” Messi said after Wednesday’s win at Camp Nou. “I was surprised because I honestly thought Atletico would be stronger, but Juventus ran over them. Juventus is very powerful and besides that it has Cristiano, who had a magical night with his three goals.”

Messi worked a bit of his usual magic as well.

The Argentina forward gave his team the lead against Lyon with an early penalty. And just when the French team pulled a goal back for 2-1 and was pressing for a draw that would have sent them through, Messi took control by scoring a solo goal when he wrong-footed a pair of defenders. He then set up two more goals.

“We did everything we could to stop (Messi), but when he is playing like this he is one of the best players of all time,” Lyon coach Bruno Genesio said. “He was like Ronaldo. He put the team on his shoulders.”

Messi and Ronaldo dueled for nine years in the Spanish league before the Portugal forward opted to move to Juventus. Despite facing off directly in two league matches each season, they also met several times in other competitions and were constantly compared, week in, week out.

With the Champions League now down to the final eight, they could be back on the same field soon. The quarterfinal draw is on Friday.

The five-time Ballon d’Or winners have met five times in the Champions League. Ronaldo’s Manchester United edged Barcelona in the 2008 semifinals, but Messi got revenge a year later when he scored in a 2-0 victory over United in the final. They met again in 2011 semifinals, when Messi scored twice to help Barcelona eliminate Real Madrid.

Both players have winning the continent’s elite tournament again as a priority. Messi has won it four times, Ronaldo five.

Messi promised his fans he would do all he could to win another European Cup at the start of the season, while Ronaldo is surely eager to prove he was the reason Madrid won it for four of the past five years.

Messi counts Juventus as one of the top candidates standing in his way, but it is not alone.

“There are several very good teams,” Messi said. “(Manchester) City, Juventus… Ajax has shown that it has a great team of younger players who aren’t afraid of anyone. Liverpool has a lot of firepower like it showed against Bayern (Munich).

“We’ll have to see who we are drawn with and prepare for what is to come, which will be the hardest part yet.”