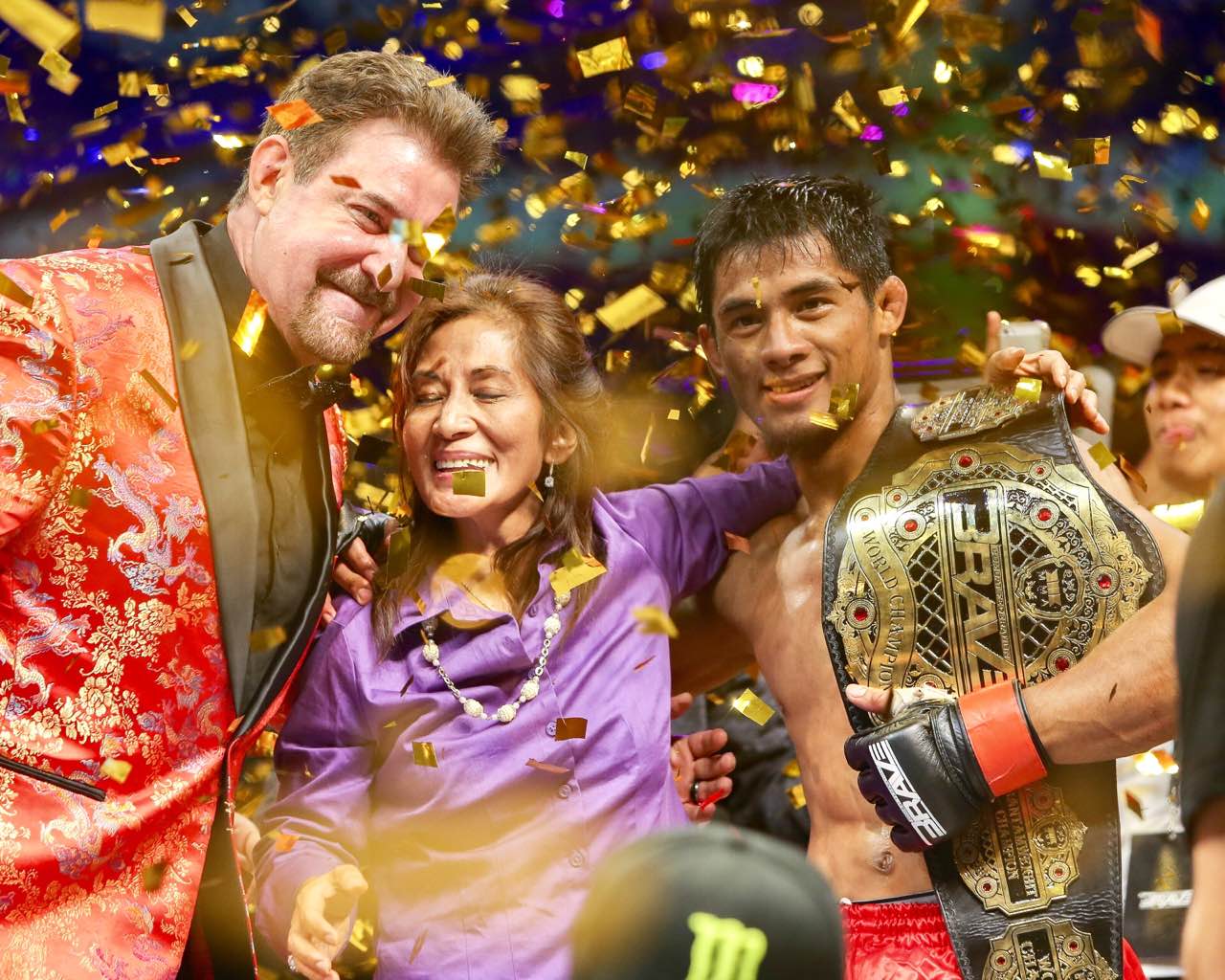 Loman, who defended his title for the third time, found the crafty Boudegzdame a tough nut to crack in the first three rounds of the five-round title bout but a crunching left hook to the chin 10 seconds remaining in the fourth took the smile out of the challenger.

“I gave it all after hearing the warning in the last 10 seconds. I got him finally,” said Loman, a member of the famed Team Lakay stable.

“I wanted my countrymen to witness a historic win,” said Dy.

Brave 22 was held under the patronage of Sheikh Khalid bin Hamad Al Khalifa of Bahrain.