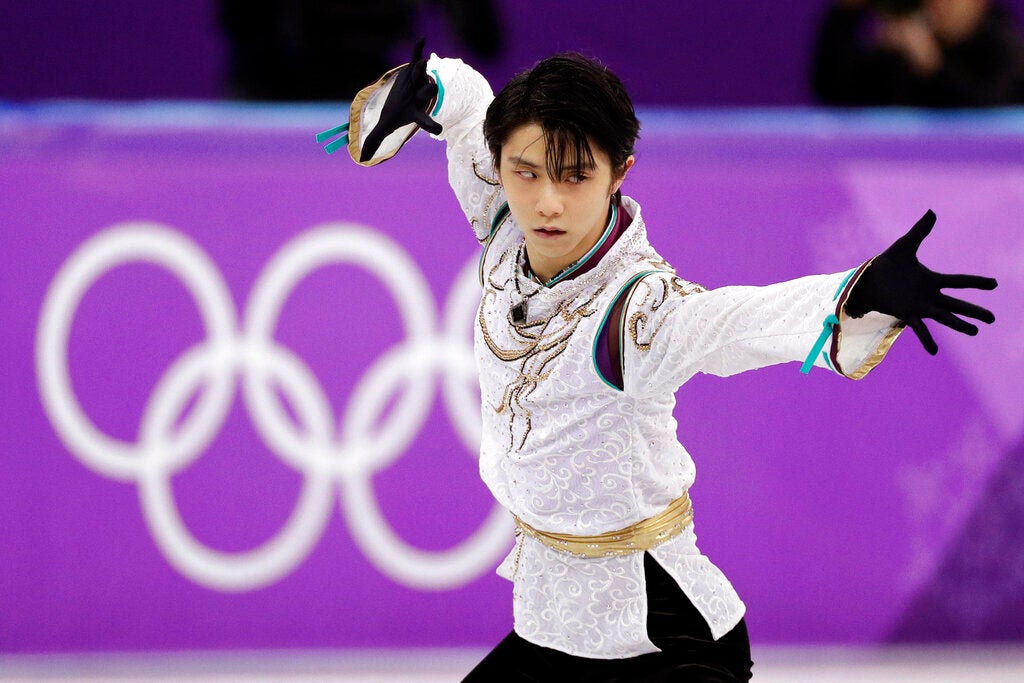 FILE – In this Feb. 17, 2018, file photo, Yuzuru Hanyu of Japan performs during the men’s free figure skating final in the Gangneung Ice Arena at the 2018 Winter Olympics in Gangneung, South Korea. Hanyu is recovering from a right ankle injury that forced him to skip the Dec. 21-24 Japan nationals. (AP Photo/David J. Phillip, File)

SAITAMA, Japan — Two-time Olympic champion Yuzuru Hanyu says he has recovered sufficiently from an ankle injury and is ready to compete for the title at the world figure skating championships.

“I may not be 100 percent recovered but I’m ready for this competition’ Hanyu told a news conference Tuesday, on the eve of the championships. “The goal is always to win and not just beat your opponent but to overcome yourself. I’m looking forward to competing.

“I’ve been in this position before where I came back from injury before the Olympics and that was valuable experience that will help.”

Hanyu arrived in Japan on a flight from Toronto late Monday accompanied by coach Brian Orser. On Tuesday, he practiced for about 30 minutes at the arena in front a large crowd of fans who applauded every jump he made.

The 24-year-old missed last year’s worlds because of injury. He last won the title at the 2017 world championships in Helsinki. His first win was in 2014 at Saitama Super Arena, the same venue as this year’s worlds.

After twisting his right ankle in a fall in practice at the Rostelecom Cup on Nov. 17, Hanyu was told he needed three weeks of rest and one month of rehabilitation to recover from a ligament injury sustained in the fall.

He claimed his second straight Grand Prix series title of the season despite the injury, but was forced to withdraw from the Grand Prix Final and the Japan nationals in December.

Hanyu sustained a similar injury at the 2017 NHK Trophy before making a comeback at last year’s Pyeongchang Olympics, where he became the first male figure skater to win consecutive Olympic golds since American Dick Button in 1948 and 1952.

Defending champion Nathan Chen practiced at Saitama Super Arena on Monday and said he had fully recovered from a cold.
Coming off a long break from the U.S. Nationals in January, when he captured his third straight national title, Chen said his plan is pretty much to stick with that program at the worlds.

During the nationals, Chen landed four quad jumps in his free skate routine, one of which was in combination.

Uno heads into the worlds on a high having won the Four Continents last month. In that competition, Uno showed his resolve when he finished fourth in the short program and then won the free skate to claim the overall title. It marked the first time he won a major international competition.

Uno also had an impressive 2018, winning Skate Canada, the NHK Trophy and the Japanese nationals.