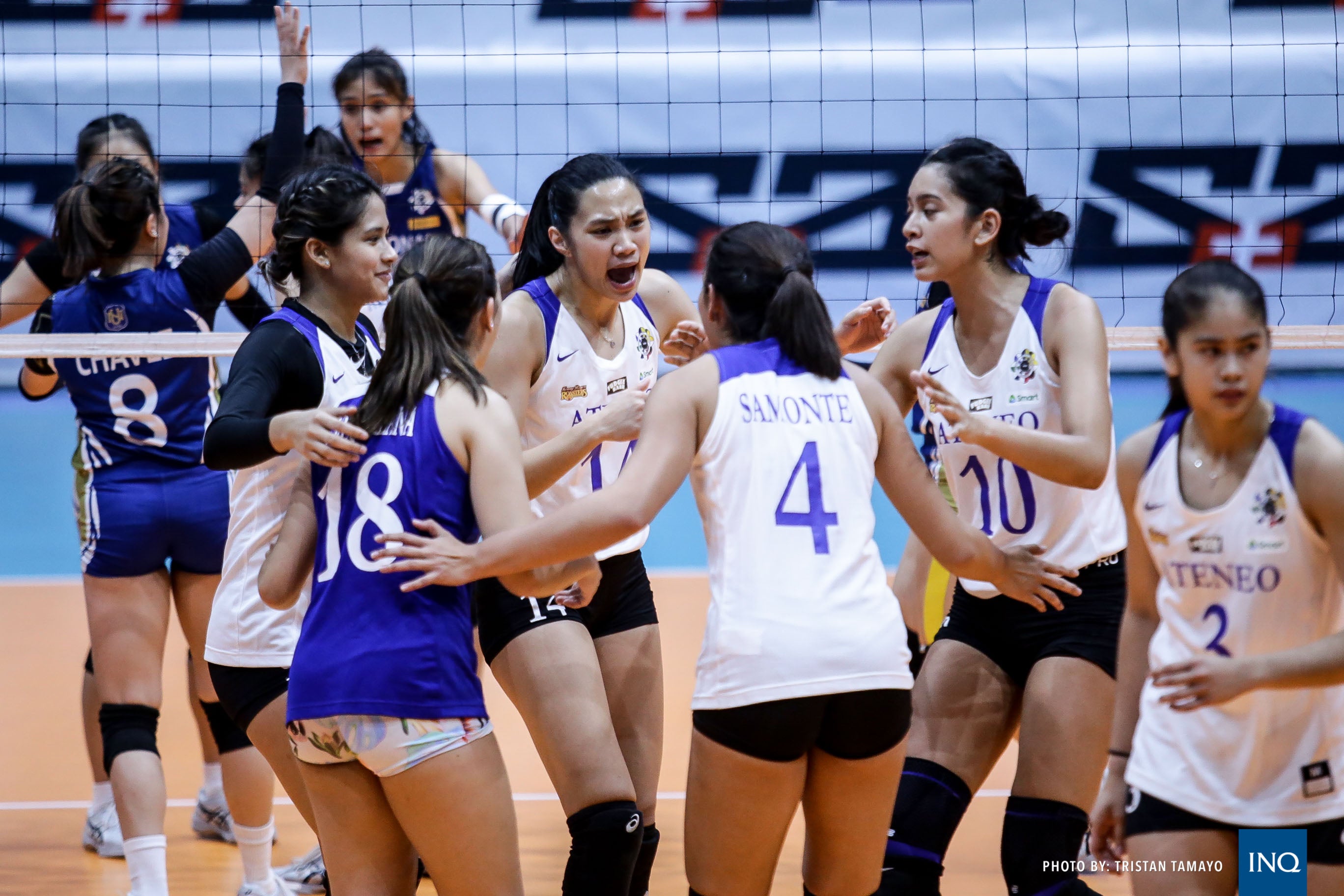 Not only did the Lady Eagles improve to 7-1 after their seventh straight win, they also extended their dominance over the Golden Tigresses to 15 games dating back to Season 74.

UST, which had its three-game winning streak snapped, dropped to a 5-3 record for the fourth spot.

Like two heavy-handed sluggers in the 12th, Ateneo and UST continued to trade blows well into the latter stages of the fifth set.

The two teams exchanged leads several times until Ateneo took advantage of Eya Laure’s service error at the 10-10 score line and took it up a notch for the 13-10 advantage after Kat Tolentino’s ace.

Cherry Rondina salvaged a point for UST, 13-11, but it was her own doing that doomed UST when her final attempt hit the antenna giving Ateneo the victory.

“UST really came prepared that’s all I can say but my players really fought well and the resiliency was there,” said Ateneo head coach Oliver Almadro. “I really admire the players because of the trust they gave me and I just told them to never give up and just be patient and have fun.”

“I really give this game to UST also, it just so happens that the breaks of the game went into our favor.”

The game didn’t just see streaks get extended and broken, it also saw a couple of historic performance from Ateneo’s Maddie Madayag and UST’s Rondina.

Madayag would finish with 23 points to lead Ateneo while Kat Tolentino added 20.