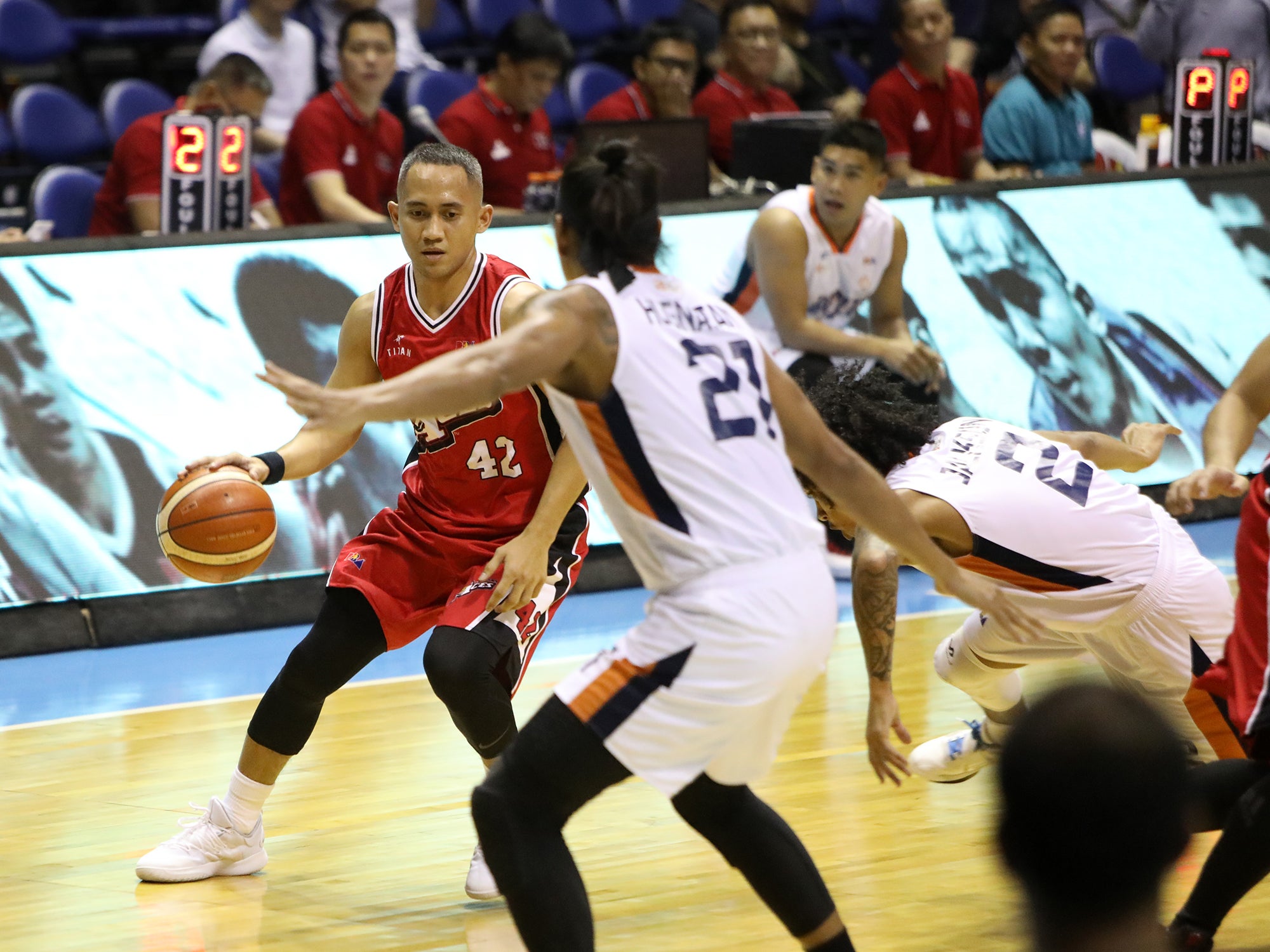 MANILA, Philippines—Losers of three games in a row, Alaska got a much-needed shot in the arm with the return of its key veterans on Wednesday.

JVee Casio and Kevin Racal returned just in time from their injuries to help the Aces get back on track and resuscitate their flatlining quarterfinals bid.

“Obviously, for me and for the whole team, it’s nice to see JVee and Kevin Racal back,” said Alaska head coach Alex Compton after his team’s 92-77 win over Meralco in the 2019 PBA Philippine Cup.

“They’re obviously a little rusty and out of shape but I thought JVee came in and made some plays, K-Racs made some plays in the way that he usually does—hitting some open shots and being a really good defender.”

Casio had 12 points and Racal added nine points, two assists and a steal as both provided quality minutes off the bench.

The Aces, who momentarily claimed sole possession of eighth place with a 4-5 record, also got a boost from old reliable Sonny Thoss.

Thoss had a throwback performance with 13 points, eight rebounds and three assists.

““How about Sonny Thoss? I thought Sonny was great today. We needed a basket he scored. We needed somebody to create for us he created that Racal corner three,” Compton commended.

“He did a good job on defense I just think Sonny this conference has been great. He’s been a leader for us and it’s just so nice to see him playing like that.”