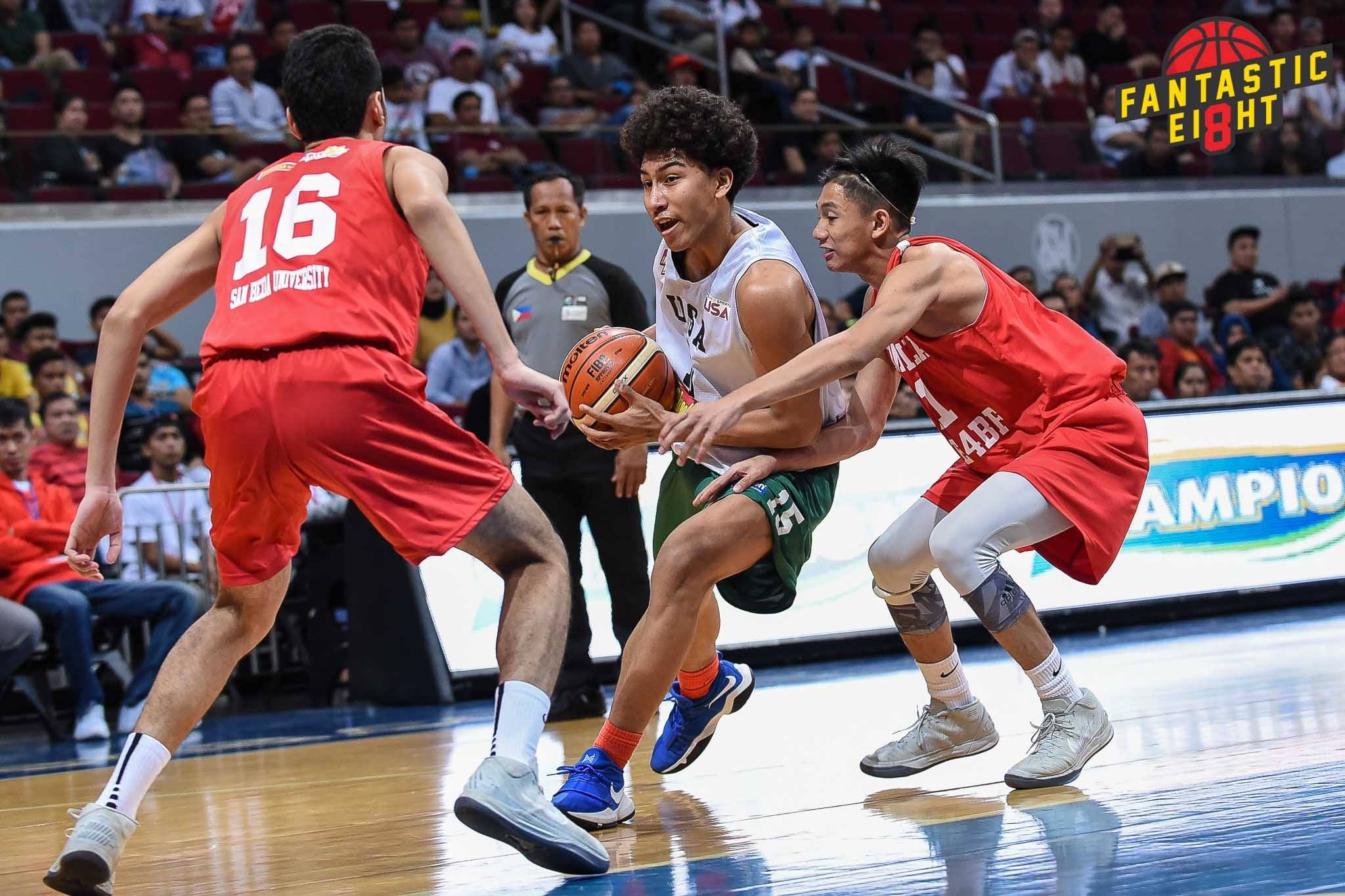 MANILA, Philippines—San Beda did what was once considered unthinkable and ousted FilAm Sports from title contention with a 98-91 stunner in the Fantastic Eight of the 2019 NBTC National Finals Thursday at Mall of Asia Arena.

FilAm Sports was favored to get into a finals rematch with National University but the Red Cubs had other plans—especially little-known forward Tony Ynot.

Guarding Jalen Green, the no.1-ranked high school prospect in the United States, was the toughest of jobs for anyone in the tournament but Ynot rose to the challenge and boy did he rise.

Green willed FilAm Sports to a 92-90 lead with 58.1 seconds left but Ynot fought back with two easy layups and a massive block on the highly-touted prospect to seal the victory for the Red Cubs.

“I’m speechless, I would just like to thank the Lord for the blessings He’s given us,” said San Beda head coach Manu Inigo in Filipino. “I saw the players’ efforts especially on the defensive end.”

Ynot eventually finished with 16 points, four rebounds, and two blocks but it was Rhayyan Amsali who lead the way for the Red Cubs with 25 points, nine boards, and three assists.

Waiting for San Beda in the Fearless 4 on Friday are the Bullpups who blasted Colegio de San Juan de Letran 96-71.

The Bullpups, who are also the reigning champions in the UAAP, are entering the semifinals with an absurd average winning margin of 59.7 points.