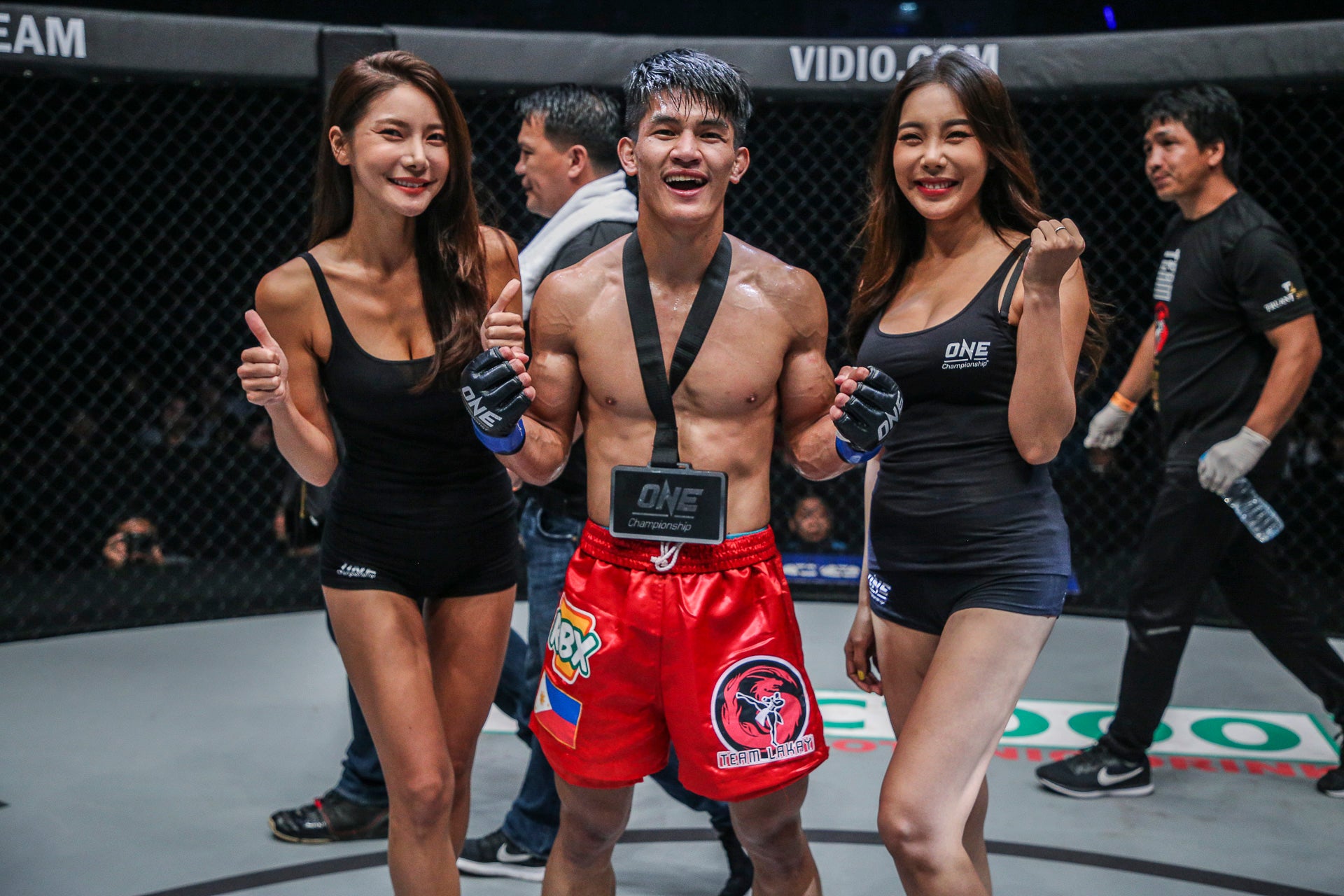 MANILA, Philippines–Danny Kingad is considered to be among ONE Championship’s promising fighters.

Kingad’s impressive 9-1 record tells a bright future ahead of the Filipino warrior.

Not bad for someone who describes his former self as a “troublemaker” before he discovered martial arts.

“Back then, I was really a troublemaker,” Kingad admitted.

“However, when I got into the gym, that’s when I learned how to respect others. When you respect your fellow man, you will be successful, and it will steer you away from harm.”

Now, Kingad is set for another big fight against Senzo Ikeda in the quarterfinals of ONE Flyweight World Grand Prix on Sunday in Tokyo, Japan as part of the ONE: A New Era card.

And it starts with every training session under the guidance of Team Lakay headmaster Mark Sangiao.

“Every time we talk to each other, he shares and teaches us [respect],” Kingad explained.

“After every training session, we get in line, and he tells us how to salute our seniors and fellow gym mates.”

Kingad is in the same Grand Prix tournament as his idol Demetrious Johnson and he hopes to cross paths with the American legend along the way for his dream matchup to finally come to fruition.

“Before, I was only able to watch him, and even used him as a character in some console and mobile games. I never would have imagined that he would be here in ONE,” Kingad said.

“Even back then, he was on my wish list of dream match-ups, so hopefully, I can fulfill that dream.”

Johnson is regarded as one of the best to ever do it in the mixed martial arts scene.

“I respect him because he was able to compete against some of the best in the sport, proving just how strong he is,” Kingad said. “But of course, I want to test his skills because I believe that when it comes to the flyweight division, the best are really here in Asia.”