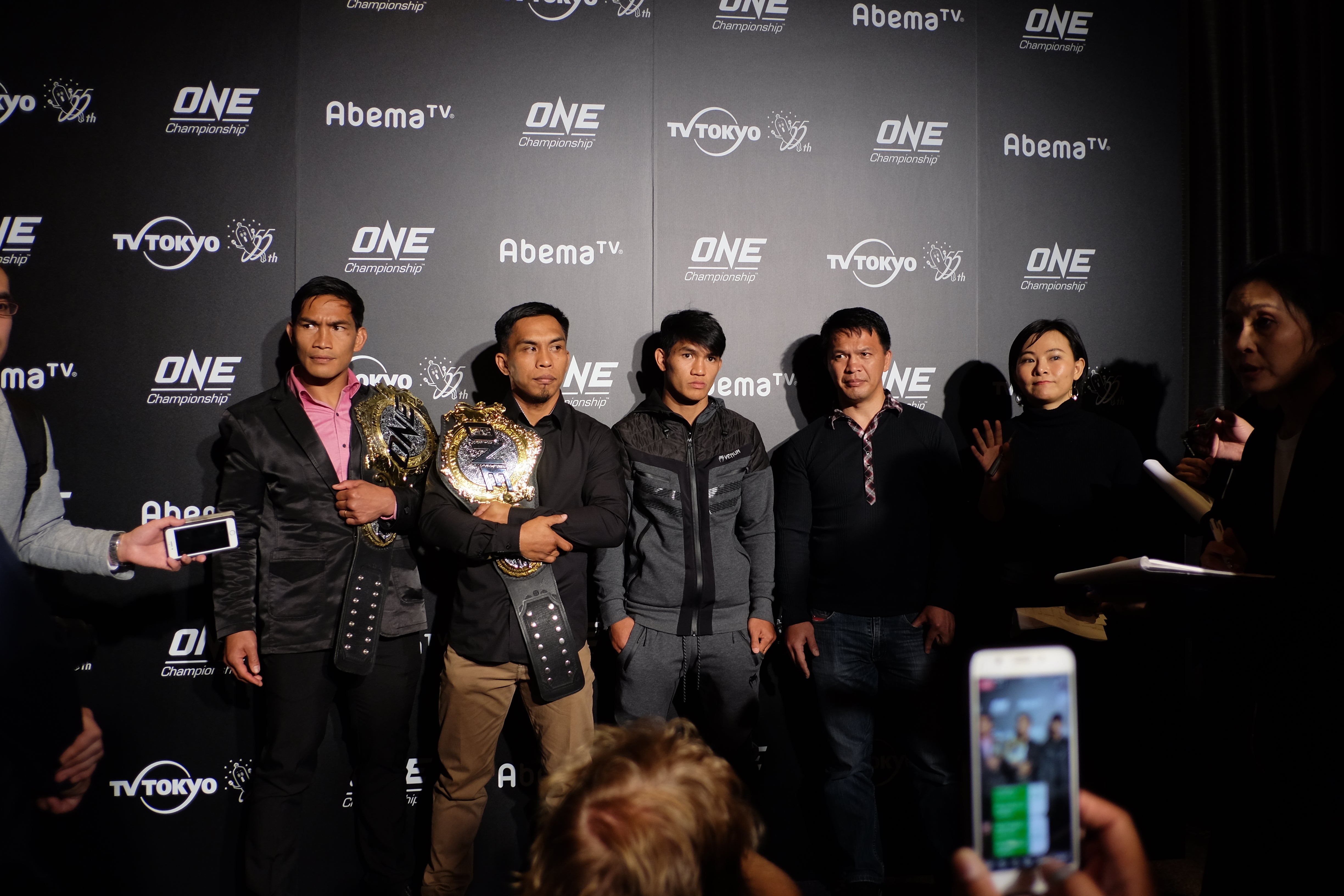 Team Lakay during the ONE: New Era press conference. Photo by Denison Dalupang/INQUIRER

TOKYO—Team Lakay ringmaster Mark Sangiao is aware that all eyes are on him and his wards Eduard Folayang, Kevin Belingon and Danny Kingad as they embark on a quest that will make everyone take notice.

Folayang is set to take on Japanese grappling legend Shinya Aoki—the man he stripped of the lightweight belt over two years ago—in the main event of ONE’s inaugural showpiece in Japan.

Belingon will try to break the tie with Bibiano Fernandes—once the promotion’s longest-reigning champion—in a trilogy-capping bout for the bantamweight strap. Kingad, meanwhile, looks to punch a ticket to the flyweight Grand Prix’s semifinal round where former UFC megastar Demetrious Johnson is also competing.

“I’m very proud and happy with how far our athletes have come,” Sangiao said on Friday shortly after the “A New Era” fight card’s presser at Ritz-Carlton here. “But this is just the beginning. They must not be contented.”

“We hope to show the world that we belong with the best,” the mentor of Benguet’s famed fight stable added.

Sangiao said the team has put in arduous work to deliver stellar performances this Sunday at Ryogoku Sumo Hall.

“Shinya is a genius at grappling,” Sangiao said. “He would want to finish Eduard early. But knowing Eduard, he has already harnessed his grappling. Hopefully we could see an encore of his performance in Singapore.”

Folayang scored a second-round stoppage against Aoki in 2016 in Singapore for his first time at the lightweight throne.

“For Bibiano, we know he’s mad. We should expect that he’ll be coming into the fight complete. He’s wise, too … He would want to be in control and take the fight to the ground,” he said. “We’ve been looking for lapses.”

“We have to score a convincing victory,” Sangiao, alluding to the Belingon’s split-decision victory that didn’t sit well with Fernandes.

And as someone who has fought professionally in the past, the soft spoken coach said he has given one simple advice to his fighters: “Treat [the fight] as if it is their last.”

Kingad, if things go his way, could test his mettle against Johnson—who many regard as pound-for-pound the greatest lightweight fighter in the world.