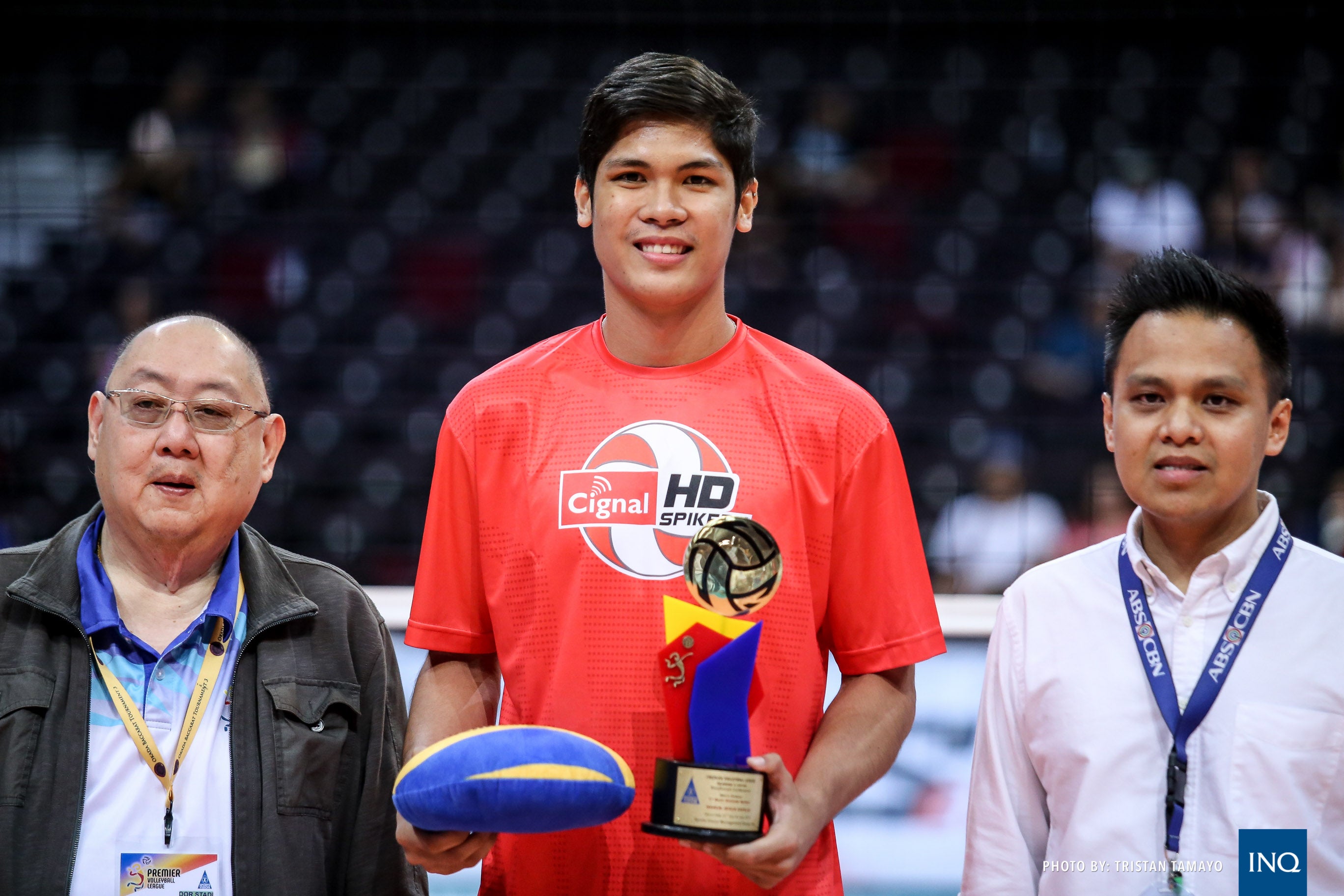 MANILA, Philippines—It has been an eventful year for Marck Espejo so far.

The former Ateneo superstar was selected to the national team pool that will play in the 2019 Southeast Asian Games while he played professional volleyball in the Japanese V.Leauge with Oita Miyoshi.

But there was a small price to pay for his continuous play in the highest level of the sport as the five-time UAAP MVP in the UAAP overworked his rotator cuff in his right shoulder.

“I just came back here in the Philippines for therapy for my tight shoulder and my rotator cuff,” said Espejo in Filipino Saturday at Mall of Asia Arena.

“I think it was overused during my season in Japan, but it’s not that serious but it’s been a month that I can’t spike the ball that hard. I’m in therapy right now next is strengthening.”

Espejo’s first season in Japan also ended in disappointment with the White Eagles failing to enter the Winners Stage after finishing in the ninth seed with a 4-23 record.

The three-time UAAP champion added he’ll go back to Japan on Monday to fulfill his contract obligations with the White Eagles until May, just in time for the start of the Kurowashiki All Japan Tournament in Osaka.

Espejo hopes that he’ll get another contract with Oita Miyoshi since he’s also set to sign with Cignal in the Premier Volleyball League.

“I haven’t signed with Cignal yet, I just committed because I plan on signing in May after my commitment to Japan,” said Espejo.