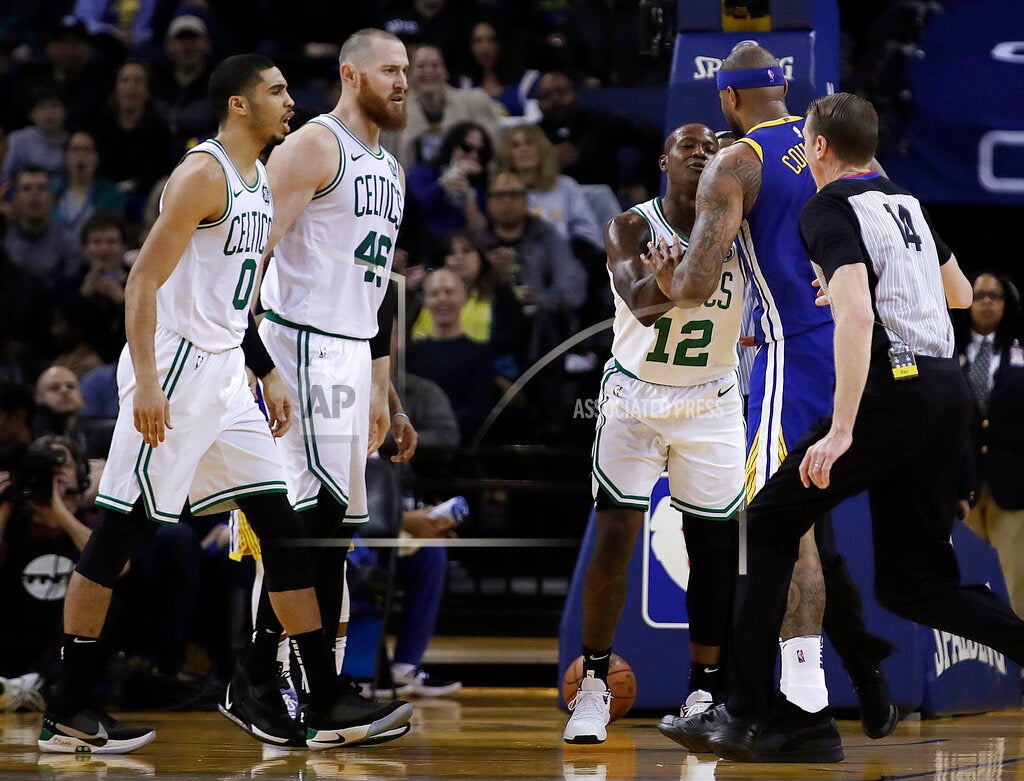 The Boston Celtics have banned a supporter from all games for two years for offensive comments directed to Golden State center DeMarcus Cousins, the NBA team said Friday.

The visiting Warriors defeated Boston 115-111 on January 26 with Cousins contributing 15 points and eight rebounds in 23 minutes for the reigning NBA champions.

The Celtics indicated the fan involved was under 18 and violated team policy regarding fan conduct.

“On January 26, we were alerted by DeMarcus Cousins that a fan had used racially offensive language towards him,” the Celtics said in a statement. “Immediately upon receiving the complaint, the fan, who was a minor, was ejected.

“The following day, per our policy regarding any reported fan behavior complaint, the team initiated an exhaustive investigation of the incident that included reviewing video from multiple angles and identifying and interviewing numerous fans, security personnel, and police in the immediate vicinity.

“In the course of this investigation, we were able to conclude that the fan had been verbally abusive toward the Golden State bench, but none of the interviewed parties were able to verify the use of racially offensive language, and video evidence proved inconclusive.

“Based on our investigation, the fan was issued a two-year ban from all Celtics games, and is also subject to lifetime probation pursuant to our policy. The punishment for any corroborated discriminatory language used towards any player, employee, or fan at a Celtics home game is a lifetime ban.”

The Celtics shared notice of their investigation and final discipline plans with the Warriors, adding, “We express the deepest regrets that this incident happened to DeMarcus, as such behavior violates everything the Boston Celtics have always stood for.”

The Utah Jazz banned a fan for life earlier this month after video emerged of a verbal exchange between the man and Oklahoma City’s Russell Westbrook.