Kevin Belingon yields ONE bantamweight belt after getting disqualified 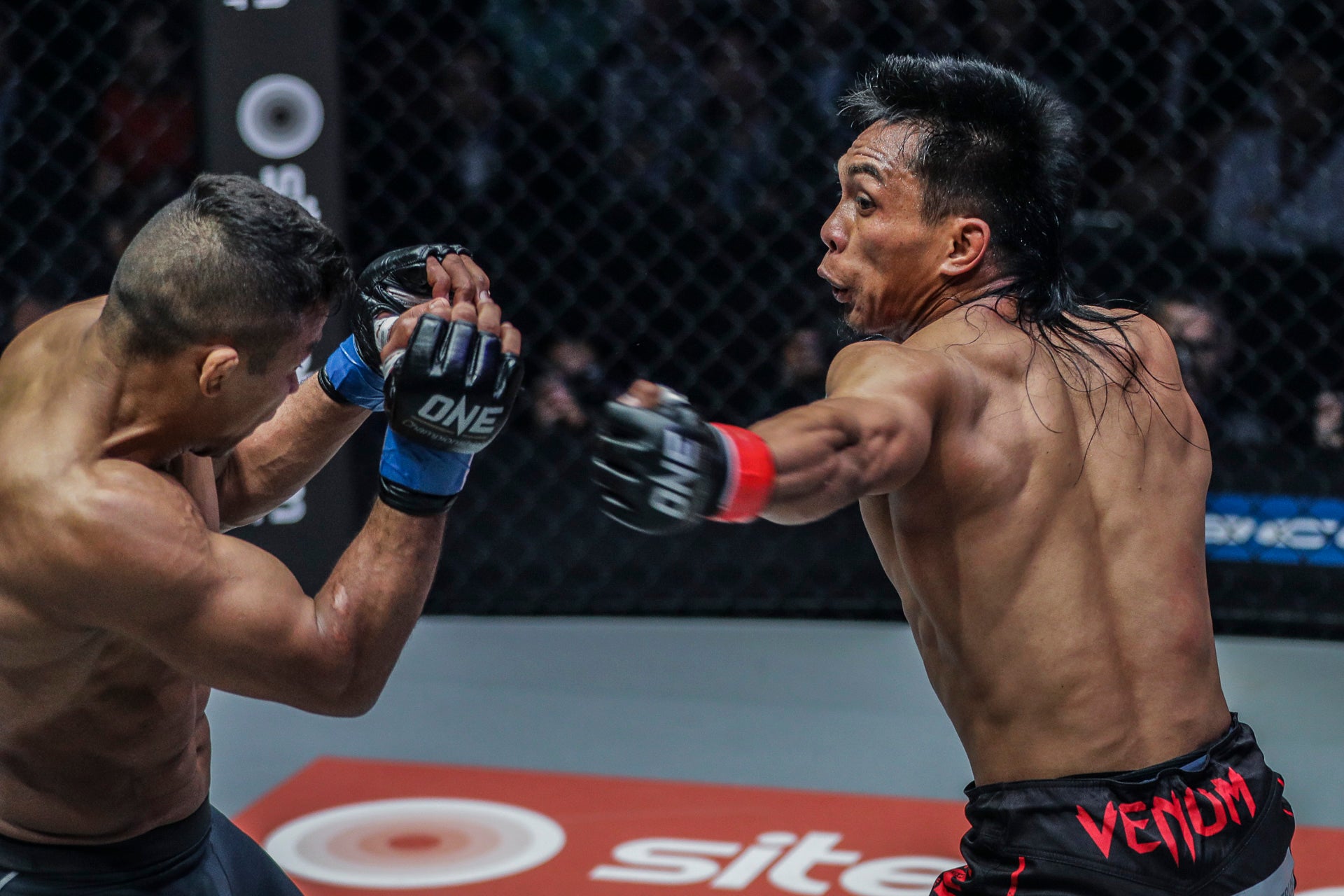 TOKYO, Japan–Kevin Belingon was the latest from Team Lakay to yield his ONE Championship world title.

Belingon on Sunday yielded the bantamweight belt back to Bibiano Fernandes after getting disqualified in the third round of their trilogy in ONE: A New Era at Ryogoku Kokugikan here.

Belingon was issued with a red card due to illegal blows to the back of Fernandes’ head.

With the unfortunate result, the two rivals could be headed for a fourth meeting.

The loss leaves Eduard Folayang as the only ONE champion for Team Lakay after the famed Baguio-based stable began the year with four world champions.

Folayang defends his lightweight crown later in the evening against Shinya Aoki in the main event.

Read Next
Rocking debut as Demetrious Johnson submits Yuya Wakamatsu in ONE Flyweight GP
EDITORS' PICK
FILREIT leading growth in sustainable office spaces
Nintendo Switch new model – Nintendo Switch OLED is coming!
MVP Group mounts unprecedented vaccination drive for 60,000-strong workforce
Hidilyn did all she could to be physically prepared and gets lift from mind guru
Gov’t scrambles to find funding for ECQ aid
After Duterte threats, VFA back
MOST READ
Richer offers could pull weightlifting coach Gao out of Team Hidilyn
Hidilyn’s Malaysian foster dad touched by call from Tokyo after gold medal win
Heart of gold: Malaysian host moved by Diaz call
Martin on how girlfriend Anj feels about his closeness to Pops
Don't miss out on the latest news and information.